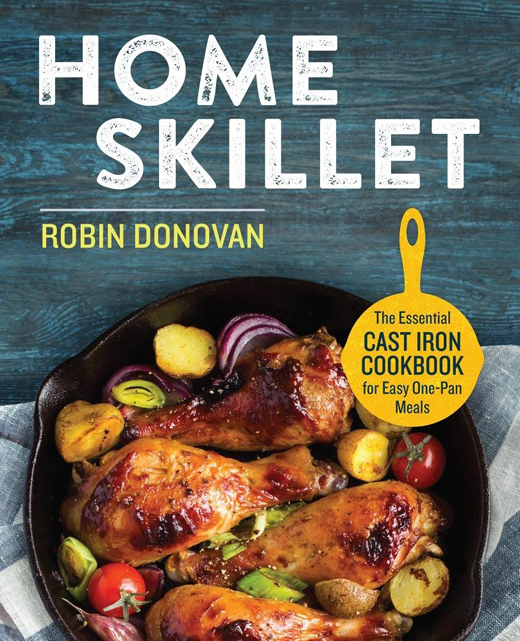 Donovan also teaches you how to care for your pan and advises never putting it in the dishwasher or leave it soaking in water for a long time. She also debunks the myth that you can’t clean a cast-iron pan with soap and water. Yes, you can, if you use a mild dish-washing liquid. Kosher salt is also handy to use to scrub off stuck-on food. And a cut potato, dipped into soap or baking soda, can help clean off rust.

Donovan and my husband must be kindred spirits because she notes in her book that “there is no better way to cook a steak than in a cast-iron skillet.”

Taste for yourself in her recipe for “Citrus-Marinated Steak Tacos.” The flank steak gets marinated for 6 to 24 hours in a range of citrus juices along with garlic, oregano and a splash of red wine. A heavy pan that retains heat cooks a steak beautifully. 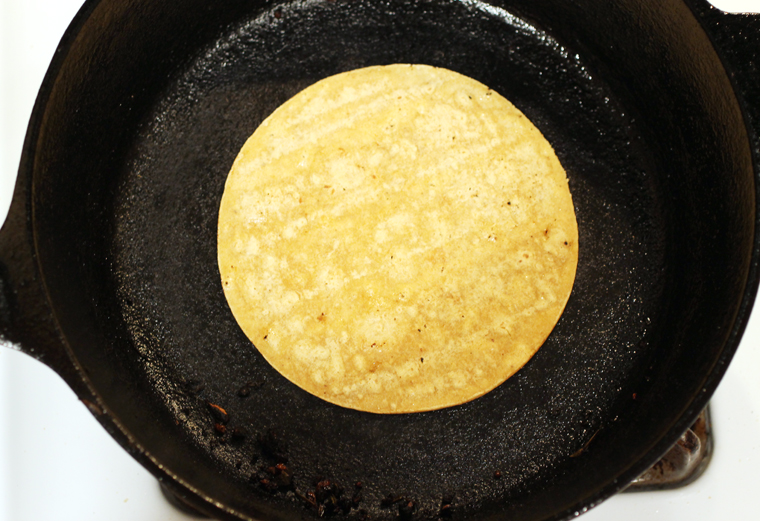 The corn tortillas get warm and slightly puffy.

Then, it cooks up in a hot cast-iron pan in about 10 minutes. You can’t ask for much faster than that. Plus, the steak gets a beautiful smoky sear, leaving it super juicy inside.

The meat definitely gets a slight perky tartness to it from the marinade, all the better to compliment the salsa that’s spooned on top before folding it up into a corn tortilla that is warmed in the same cast-iron pan.

This is a perfect, easy weeknight meal, one that you’ll return to again and again.

So get your skillet ready.

To make the steak: In a large, resealable plastic bag, combine the lime juice, lemon juice, orange juice, wine, garlic, oregano, salt and pepper. Add the steak and turn or shake to coat. Refrigerate for at least 6 hours and as long as 24 hours.

Heat a large cast iron skillet (large enough to fit the steak) over high heat. Remove the steak from the marinade (discard the marinade), and pat dry with paper towels. Add the steak to the hot skillet and cook until browned, 5 to 7 minutes. Turn steak over and cook for 5 to 7 minutes more.

Transfer the steak to a cutting board, tent loosely with aluminum foil, and rest for 5 minutes before slicing into 1/4-inch-thick slices.

To make the tacos: While the steak rests, wipe out the skillet and heat the tortillas for 1 to 2 minutes on each side.

Place 2 tortillas on each of 4 serving plates. Top each with several strips of steak and an equal portion of the lettuce, radishes, and salsa. Garnish with a lime wedge and serve immediately.

From “Home Skillet” by Robin Donovan