My husband eagerly gave this thumbs up. You will, too.

My husband can be brutally honest.

Especially when it comes to food. Which can be a good thing if you want real criticism in order to judge something with complete honesty.

There have been times in which I’ve tried a new dish on him, only to have him swallow hard and say, “Where the heck did you dig up this recipe?”

But there are other times, where he’ll take a bite, and say, “Oh! You should make this more often.”

The latter was his response to “Spiced Apple, Ham, and Raclette Sandwich.”

This sammy, which he loved from the get-go, is from the new cookbook, “Eat In My Kitchen” (Prestel) by Meike Peters, a Berlin-based writer and photographer who created the blog, Eat In My Kitchen. 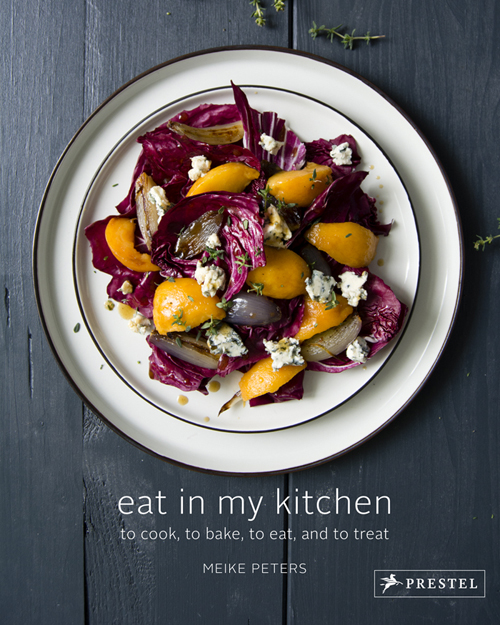 The cookbook, of which I received a review copy, contains 100 recipes for seasonal food with a laid-back European attitude. In other words, it’s food that isn’t fussy. The lovely photos will make you want to cook and eat everything, too, from “Sauteed Endive with Balsamic Butter and Marjoram” to “Pumpkin Gnocchi with Roquefort Sauce” to “Riesling and Rhubarb Cake.”

Sandwiches are typically not hard to prepare. This one fits that simple mode, but delivers extra big on flavor.

You saute sliced apples in butter infused with a bay leaf and a heap of coriander seeds. Then you pile it on one half of a sandwich roll, layering it with Raclette cheese, and ham, before putting it under the broiler to melt and meld.

Although the recipe doesn’t call for it, I actually put both halves of the bread under the broiler so both get toasted. You may need to remove the top piece of bread before the bottom one, as it will toast quicker than the cheese will probably melt.

Take a bite and you can imagine yourself sitting in front of a roaring fire place on a fall evening. The apples have that effect, and they marry with the porky-sweet-salty ham so well. The Raclette melts into a gooey puddle with a milky, slightly funky flavor adding depth to the whole shebang.

If you have leftover turkey from Thanksgiving, I could even see sneaking in a slice along with the ham in this sandwich.

And if you want to add a smidge of leftover apple pie, I won’t judge. 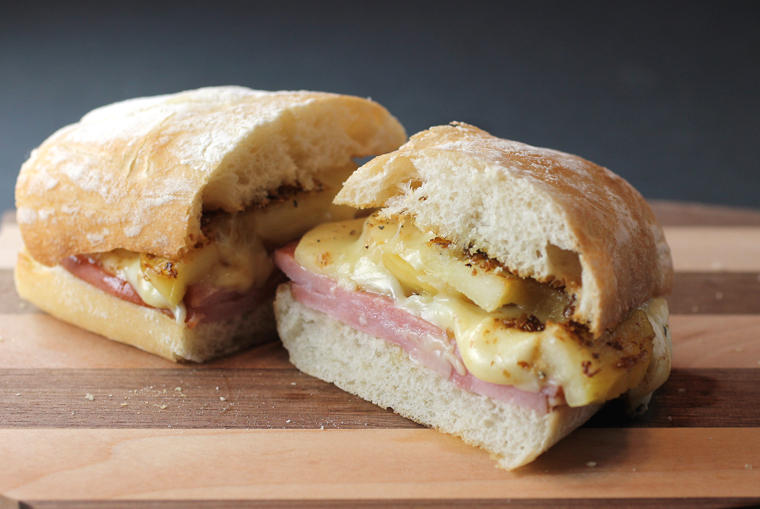 1 teaspoon coriander seeds, crushed with a mortar and pestle

2 rustic sandwich buns, cut in half

3 ounces Raclette (or any aromatic cheese that melts well, such as Comte or Gruyere), cut into 4 thick slices

A few black peppercorns crushed with a mortar and pestle

In a large, heavy pan, heat the butter over medium heat. Add the coriander and bay leaf and stir to coat them in butter. When the butter is hot and sizzling, arrange the apple slices next to each other in the pan and saute for 1 to 1 1/2 minutes per side or until golden brown — mind that the spices don’t burn. Take the pan off the heat and set aside.

Set the oven to broil (quicker method) or preheat to 500 degrees.

Layer 2 slices of ham on the bottom half of each bun and top with 2 apple slices. Add 2 slices of Raclette and finish with the roasted coriander seeds from the pan and another slice of apple. Put the sandwiches under the broiler or roast at 500 degrees for a few minutes or until the cheese starts to melt. Sprinkle with crushed peppercorns and place the top on each bun.

From “Eat In My Kitchen” by Meike Peters 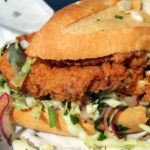 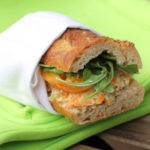 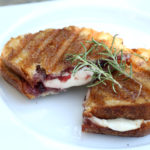 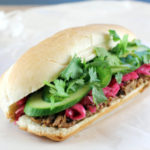