The Bay Area was well represented at the two sessions I hosted last week. The first featured: Chef Peter Armellino of the Plumed Horse in Saratoga, who also cooked the gala dinner; Kim Alter of Nightbird in San Francisco; and Josey Baker of Josey Baker Bread in San Francisco. 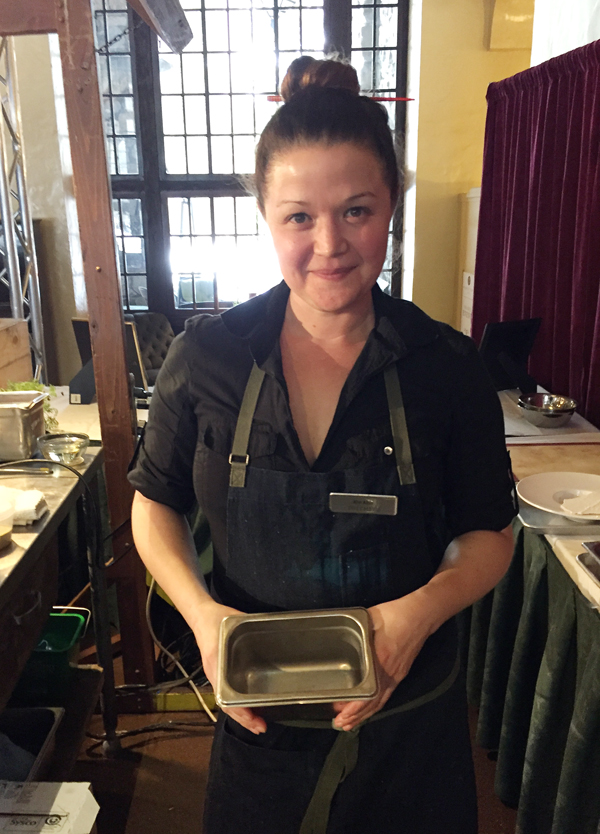 Kim Alter preparing for her demo. 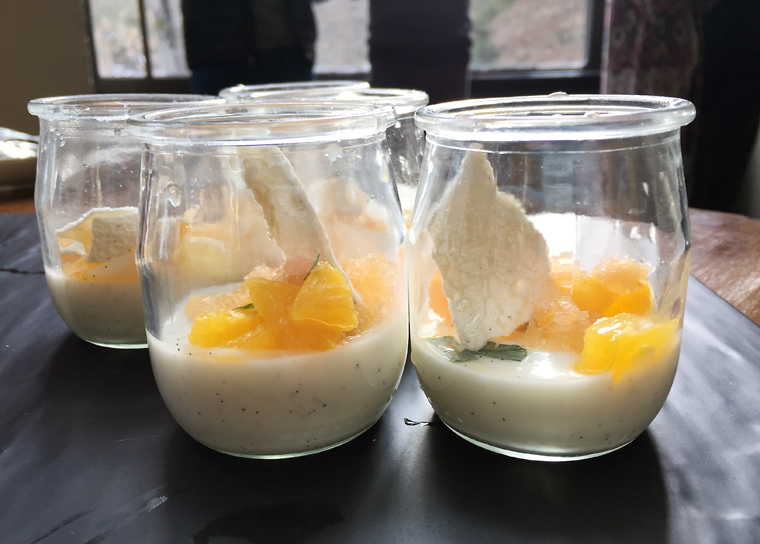 During their demos, Armellino joked that doing the Majestic’s demo was more nerve-wracking for him than assisting Chef Traci des Jardins as she battled on “Iron Chef America.” Alter offered a nifty trick to judge the sweetness of a granita mixture before freezing it by floating an egg in it. A dime-size portion of the egg should be visible above the liquid; if it’s more like quarter size, then you have too much sugar in it and need to add more water or juice or other liquid. And Baker reminisced about how he started making bread after a friend gave him a portion of starter, which he still uses to this day. 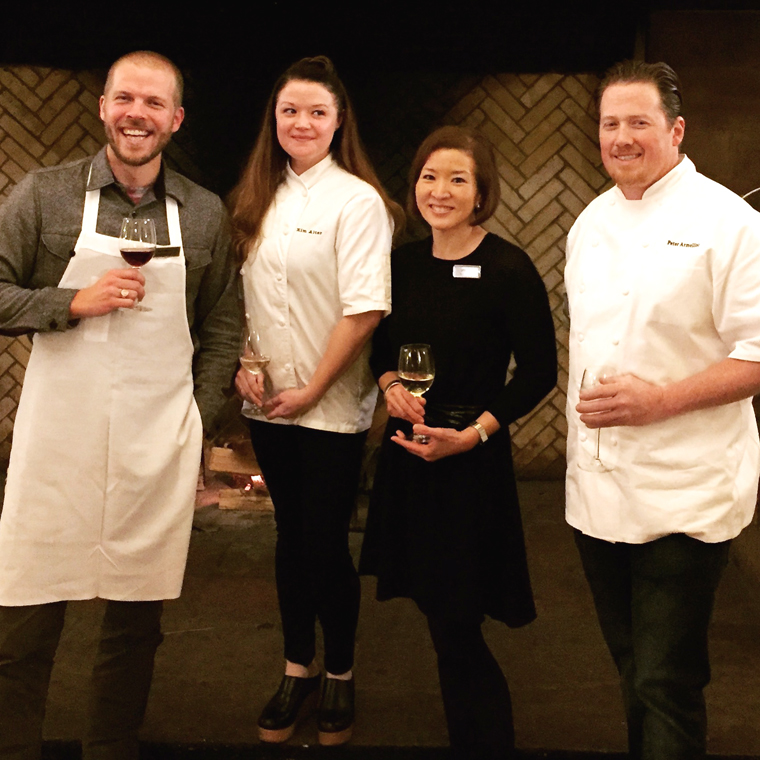 For the grand dinner, Armellino served a golden beignet of Dungeness crab, accented with black garlic aioli and shaved vegetable salad; followed by my favorite dish of Scottish salmon cooked gently in a 200-degree oven until it was melt-in-your-mouth succulent. It was garnished with briny wakame, dashi gel, and a salt cured egg yolk. Peter Armellino about to demonstrate how to make ricotta. 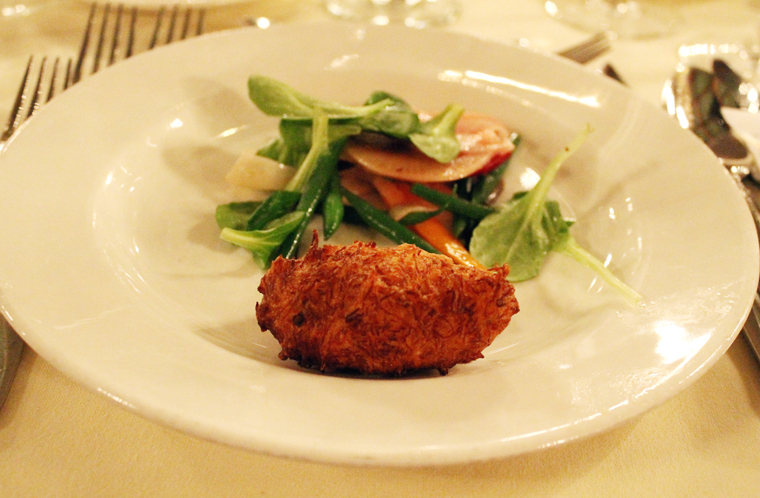 A dazzling salmon and seaweed dish.

That was followed by semolina gnocchi topped with braised duck; then Painted Hills rib eye, cooked sous vide before being seared and served with potato rosti, creamed spinach, and a classic red wine-shallot jus. 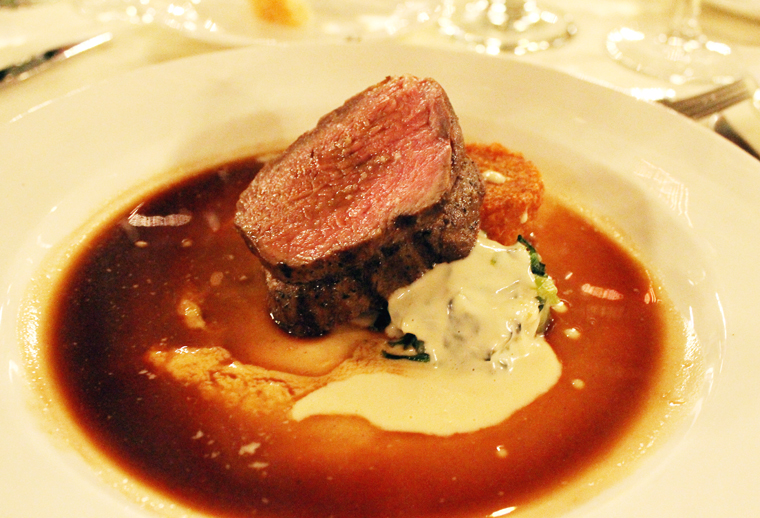 Normally, I give some of my rib eye to my husband. Not this time. It was too good to give up any of it. Waiting for one of the demos to begin. 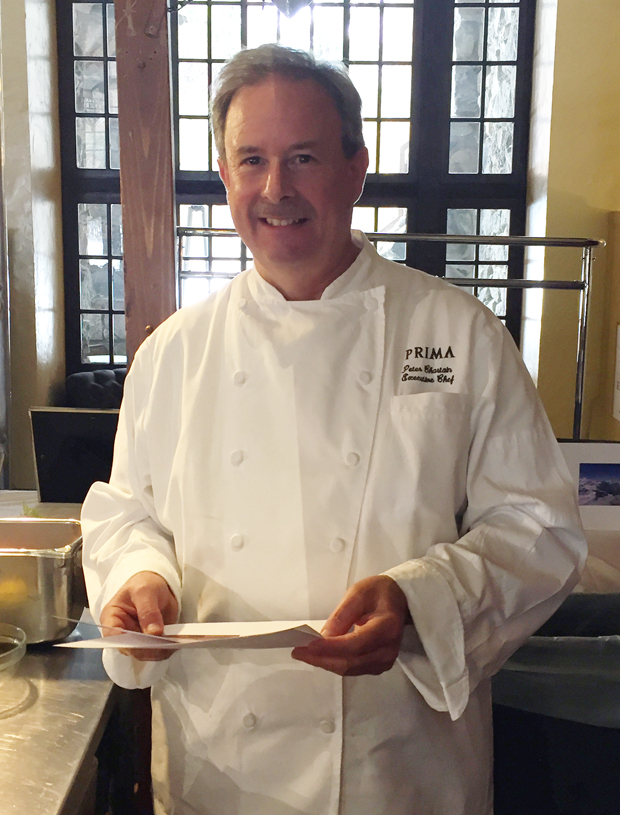 Peter Chastain gets ready to demonstrate a braised rabbit dish. Peter Rudolph set to show how to smoke fish on the stovetop.

The closing session featured: Chef Peter Rudolph of Madera at the Rosewood Sand Hill in Menlo Park; Chef Peter Chastain of Prima in Walnut Creek; and Sue Conley and Peggy Smith, the founders of Cowgirl Creamery in Point Reyes. 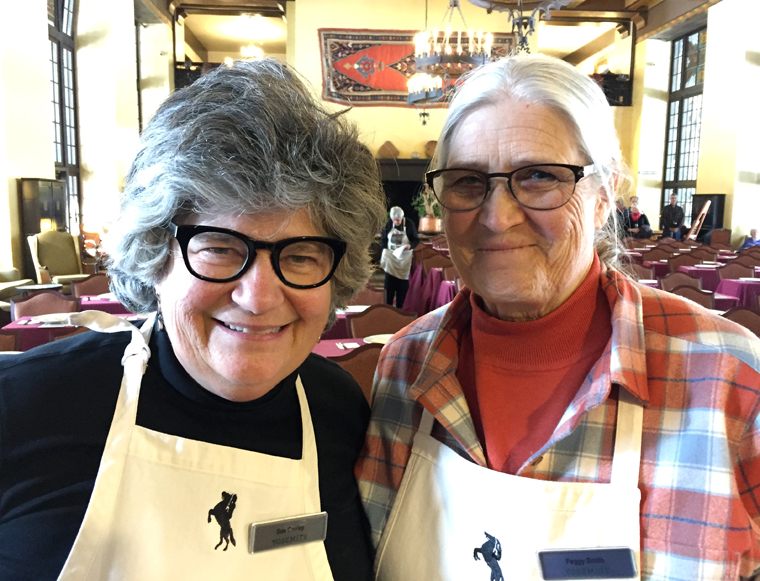 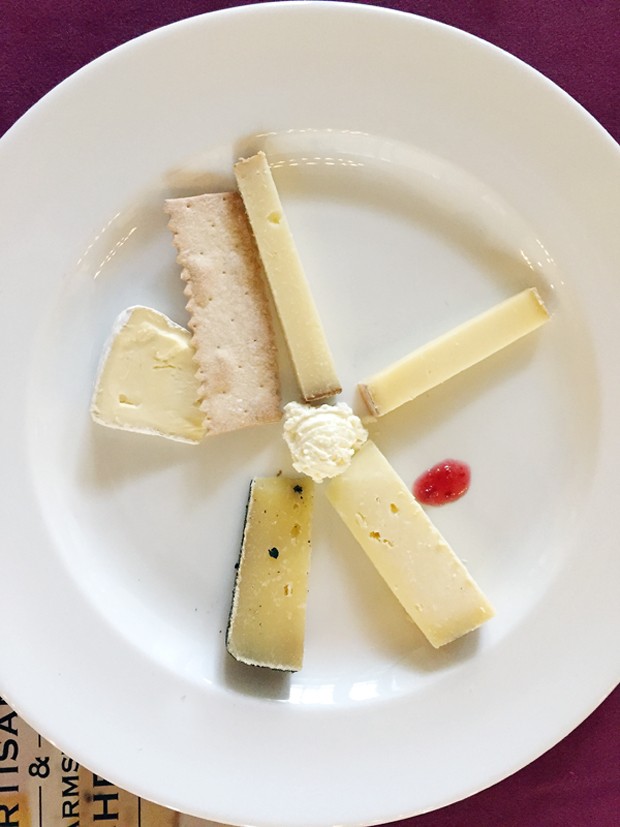 Rudolph, who recently regained his Michelin one-star ranking after losing it for a year, talked about how being honored with it was even sweeter the second time around. Chastain reminisced about how his Italian relatives would cook up four-hour suppers every weekend for the family. And the Cowgirls led a cheese tasting, and had everyone laughing when they said they’d only offer a blue cheese on a party cheese platter if it was segregated in another room by itself, as the pungent cheese has a way of overtaking everything near it. 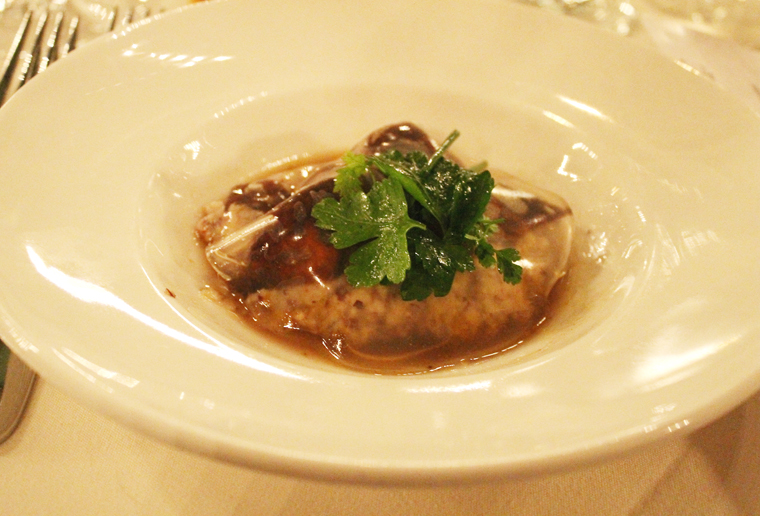 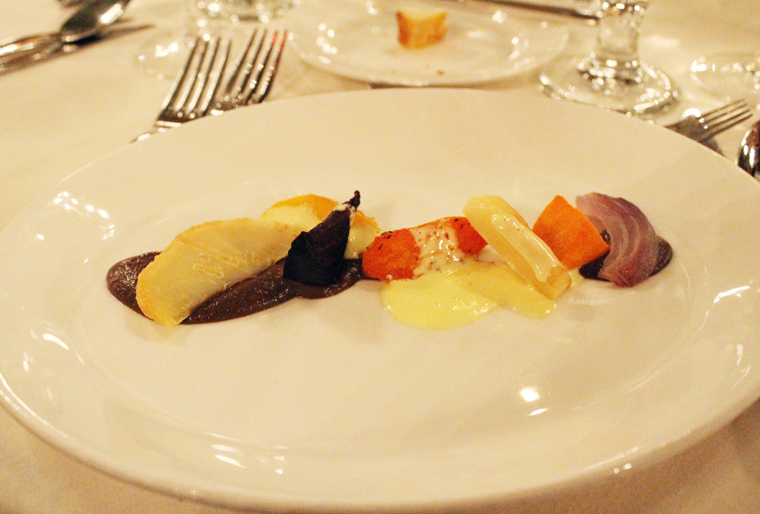 For the gala dinner, Rudolph served flaky smoked mountain trout with oysters, creamy leeks, and seaweed. Cracked corn porridge followed, topped with heavenly braised chicken. An unusual film of parmesan jelly covered it all, giving it a rather otherworldly appearance. The flavor was not detectable, however. I think a few shards of actual cheese over the top would have complemented the dish more.

Next, my favorite dish of the night — root vegetables cooked in a salt dough to concentrate their natural sweetness. They were served with a blood sausage puree that lent such a powerful hit of umami. 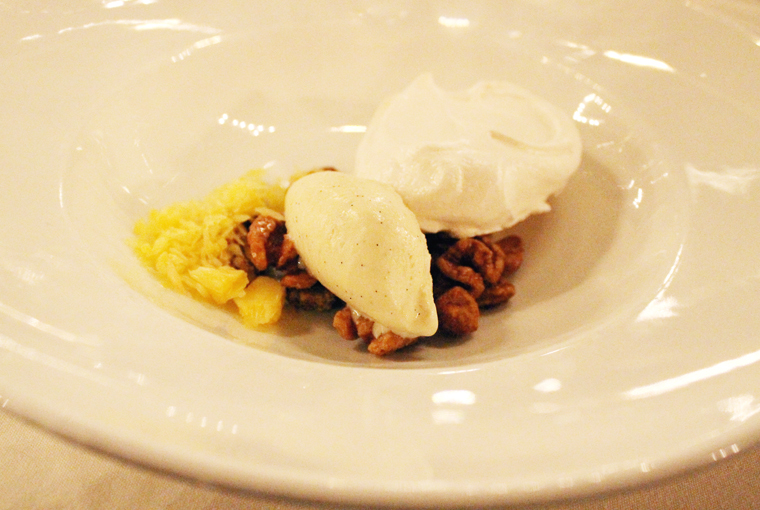 With food and company so fabulous, I can hardly wait for next year’s “Taste of Yosemite.” 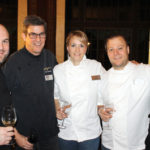 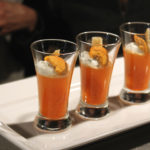