I always think that steaming is an under-appreciated and so often under-utilized cooking technique.

But when done right, steaming is a gentle way of cooking that preserves moisture and flavor.

I love grilling fish or sauteeing it, especially to get the skin crisp. But being Chinese-American, I also adore steamed fish. There’s nothing like a whole steamed fish brought to the table at a banquet meal. The flesh falls apart with impossible tenderness. Its texture is rendered beyond silky. And there’s just a lovely delicacy to it, no matter how small or large the fish. Patricia Wells knows fully well the merits of steaming. In fact, the five-time James Beard Award-winning writer and cooking teacher devotes an entire chapter to steaming in her new cookbook, “My Master Recipes: 165 Recipes to Inspire Confidence In the Kitchen” (William Morrow), of which I received a review copy.

In this book, she leads you by the hand through every imaginable technique — from blanching to searing to braising to baking. Recipes are included to illustrate each one, such as “Mushroom, Seafood, and Shiso Tempura” (deep-frying), “Four-Hour Citrus-Braised Lamb Shoulder with Star Anise and Cumin” (braising), and “Individual Pavlovas with Orange Curd” (folding).

As Wells notes, steaming is an especially great way to cook delicate foods such as fish and seafood.

This recipe calls for skinless cod fillets; I used rockfish. The fillets are placed atop fresh rosemary branches to keep them from sticking to the steamer basket. However, just be warned that the rosemary branches will stick to the fish. Or at least that was my experience. As such, you might want to brush a little oil on either the branches or the underside of the fish. 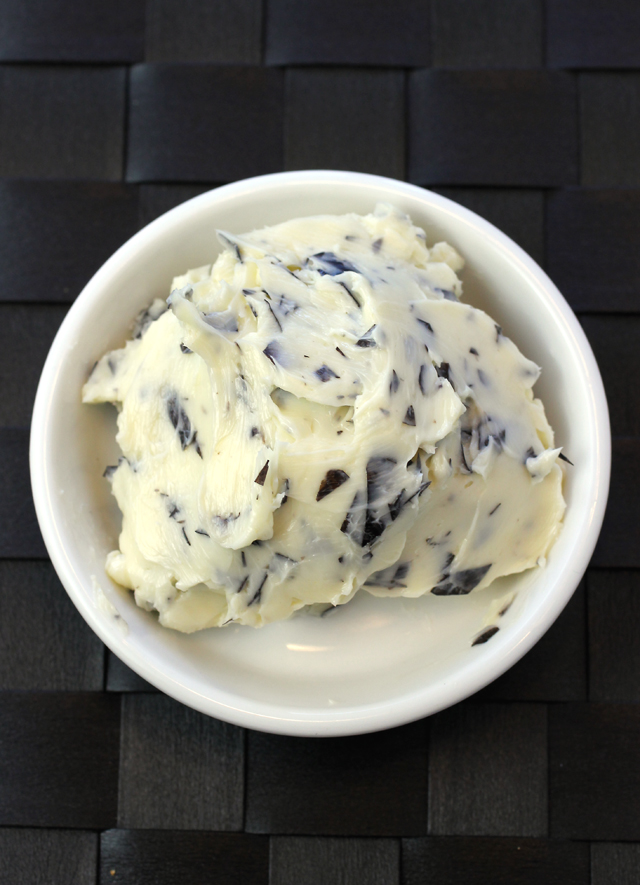 The fish steams for all of about 5 minutes. How’s that for dinner as quick as can be? A topping of seaweed butter takes just about as little time. Dried seaweed is mashed into soft butter that’s then warmed with scallions before being spooned over the cooked fish.

The seaweed adds a subtle umami note that’s not unlike black truffle. The green onions get incredibly sweet when softened in the warm butter, tasting a little like melty leeks. The butter adds a luxurious bit of richness. A squirt of lemon — my addition — adds just a pop of acid to liven it all up.

This is a graceful dish that showcases simplicity. Dinner in less than 10 minutes.

6 scallions, trimmed and thinly sliced on the diagonal

In a small saucepan, combine the scallions and butter, and warm over low heat, until the butter is melted and bubbling. Remove from the heat, cover, and keep warm while steaming the cod.

Bring 1 quart water to a simmer in the bottom of a medium saucepan. Arrange the rosemary in the steamer. Brush the rosemary with a little canola oil. Carefully place the fish on top of the rosemary. Place the steamer over the simmering water, cover, and steam just until the fish flakes with a fork, and is opaque throughout and cooked to the desired doneness, 4 to 5 minutes. (If your pieces of fish are large and your steamer basket small, you may have to use two stacking steamer baskets to cook all of the fish.) Season the fish lightly with fine sea salt.

Place two pieces of the fish in the center of each warmed, shallow soup bowl. Pour seaweed butter sauce all over. Garnish with chives, and a squirt of lemon juice if you like, and serve.

Place butter on a large plate with the seaweed and mash with a fork until well blended.

Adapted from “My Master Recipes” by Patricia Wells 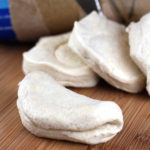 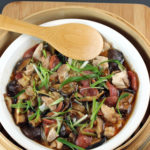 And: Steamed Chicken and Chinese Sausage 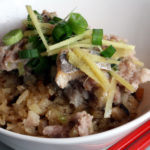 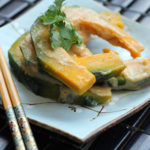 And: Sake-Steamed Kabocha with Miso