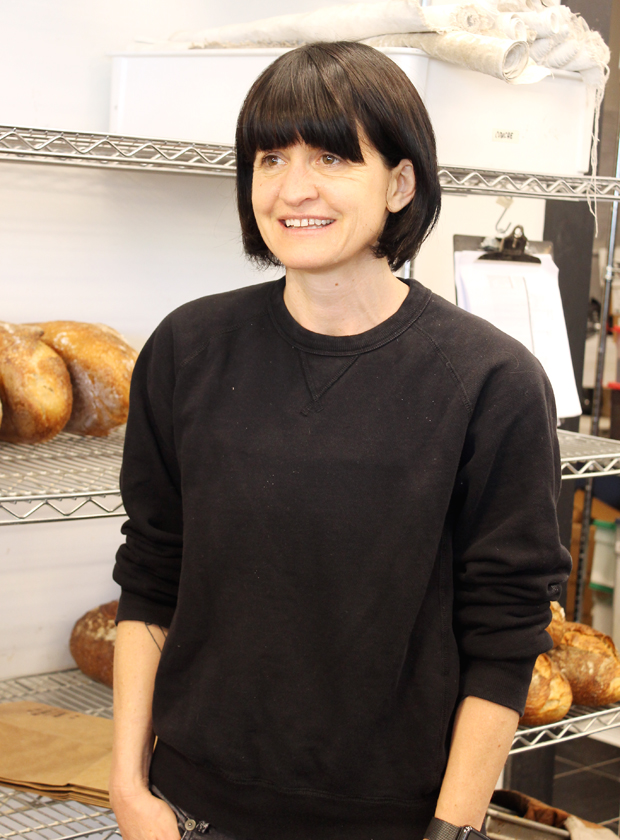 The Geary Street locale bakes all the bread and laminated pastries for all three shops. Because of its larger size, it also allows Michael do more gluten-free and vegan offerings here. 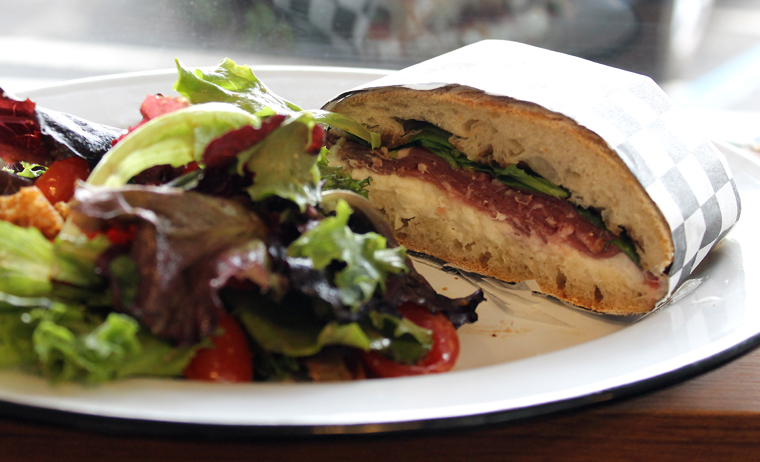 Half a prosciutto-burrata sandwich with salad. This location offers more grab-and-go items because seating is limited to just a couple of counter ones. It also offers more sandwiches ($7 to $9), including a delightful one of prosciutto and burrata on a sturdy baguette. Stepping up production for their first delivery to Bi-Rite market in San Francisco. Note the fake mustaches in honor of a favorite employee’s last day at the bakery.

Baguettes coming out of the oven. This is a place that takes bread seriously. Jane makes more than two dozen types, and sells them by the whole, half or quarter loaf, which is a nice touch for those who have smaller households or want to try several different breads. Jane also just started supplying Bi-Rite market in San Francisco.

Most of the flour used is grown in California. For it’s best-selling avocado toast ($9) crowned with pickled shallots, jalapenos and a poached egg, Michael goes so far as to make a special sourdough solely for it. Rather than the regular sourdough loaf, this one is made especially to toast just so, and to have enough heft to hold up to the toppings yet still be wonderfully yielding in texture. The ancient grain loaf is full of spelt, rye and other flours that give it a grand crust and a deeply complex flavor. The green olive and polenta loaf is irresistible — its exterior full of crunch and its interior studded with buttery green olives. The bread is so satisfying, with that almost tangy, long fermented flavor bread connoisseurs adore, that I happily eat it adorned with nothing else.

The cookies are big, crispy on the edges and chewy within. The kouign-amann is deeply bronzed with visible layers. It’s not quite as light, crisp and airy as B. Patisserie’s, but it has wonderful buttery flavor. The golden dome of a brioche hides a center of solid Nutella, almost like a giant chocolate truffle. A peek at the bakery case. 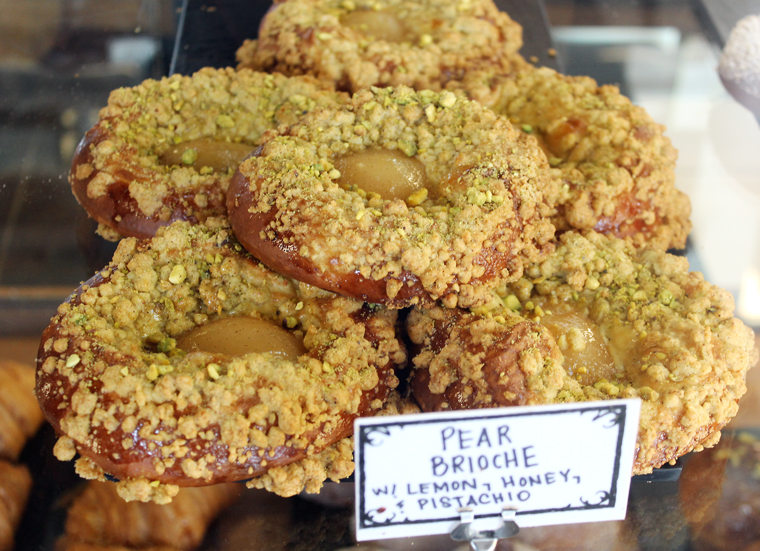 How beautiful are these?

The display cases at Jane’s are a wonderland. You’ll find yourself staring at them, hungrily, getting lost in the delicious spectrum of possibilities.