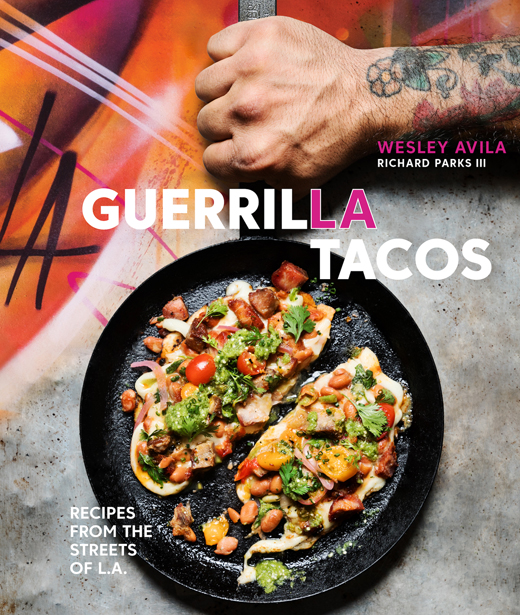 That is clear when you leaf through his new cookbook, “Guerrilla Tacos” (Ten Speed Press), of which I received a review copy, that he wrote with Richard Parks III.

The book is not only filled with anecdotes about his personal experiences and culinary inspirations, but such creative recipes as “Lobster Taco,” “Tuna Poke and Sea Urchin Tostada,” “Pork Belly and Caviar Taco,” and “Street Taters.”

His “Chicken Adobo Taco” is based on a family meal at L’Auberge Carmel. The restaurant’s pastry chef, Margarita Manzke, would make chicken adobo for the staff. She taught Avila how to make it, and he turned it into a sublime filling for tacos.

The Filipino national dish of chicken adobo is traditionally heady with garlic, vinegar and soy sauce. It is here, too, but Avila also adds chiles de arbol for a backbone of warmth.

Glazed with the kicky sauce, the chicken is stuffed into corn tortillas, then a perky salsa made with avocados and tomatillos is spooned over.

It is an unexpected combination, but may very well be one of the best tacos you’ll ever eat.

Even though there’s a lot of garlic and vinegar, the long simmer mellows it all, so that the chicken is not cringe-worthy with acidity or garlic. Instead, it’s just full of savoriness with smooth, buttery garlic, the caramelized umami of soy sauce, the gentlest tang from the vinegar, and a bit of spice from the chiles. 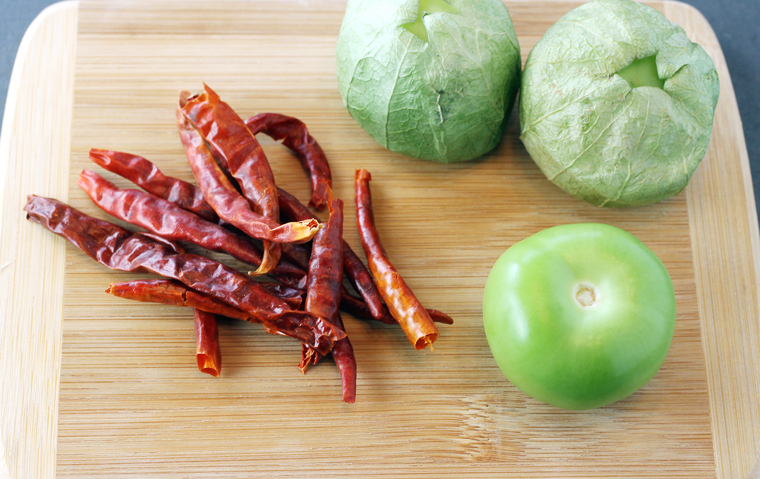 As Avila notes, you could easily eat this mounded over white rice in the traditional Asian style, and it would be fabulous.

But stuffed inside a tortilla, it makes one of the tastiest taco fillings ever. It’s so full of flavor, that I can barely believe I made this taco at home. If you’re used to just grilling some plain chicken or shrimp or beef to throw into a tortilla with purchased salsa, this will be a revelation because the filling itself is so satisfying on its own that you don’t need to doctorate it up with anything else.

Even so, the “Avocado-Tomatillo Salsa” is highly worth making. If you make the full recipe, you will definitely have a lot left over. But it will keep for a week in your fridge without discoloring or losing its peppy flavor. And it’s so wonderfully creamy, tangy and spicy that you might be glad to have more to dip tortilla chips into or to spoon over scrambled eggs.

Guerrilla Tacos is planning to open a brick-and-mortar location in the future. Until then, you’ll just have to chase down the truck. Or pick up this cookbook and replicate Avila’s delectable art in your own kitchen. 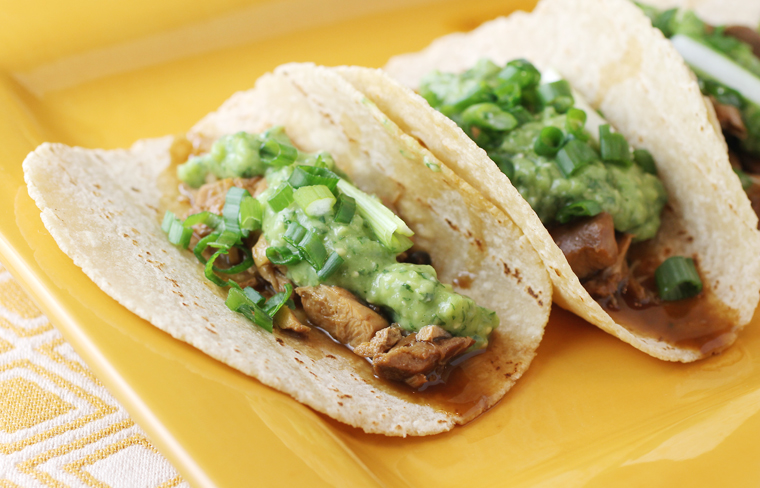 In a pot over medium-low heat, combine the chicken, vinegar, soy sauce, garlic, thyme, chiles, bay leaves, peppercorns, and cinnamon, and simmer until the chicken is well glazed, about 1 1/2 hours.

Remove the chicken from the mixture, and cut into thick slices, and then return to the sauce. Turn the heat to low to keep it warm.

Spoon the chicken and sauce onto the tortillas. Garnish with the salsa and a lot of scallions. Serve immediately.

1 pound tomatillos (preferably tomatillos milperos, the small purple-colored ones about the size of a quarter), husked and rinsed

1 bunch of cilantro (reserve a few sprigs for garnishing the tacos, if you like), ends torn off (grab the bunch about 3 inches above the end of the stem and twist like you’re ringing a towel, and discard ends)

In a food processor, combine the tomatillos, avocados, serranos, garlic, and cilantro and season with salt. Juice the limes on top. Cover the processor and hit three or four times — pop, pop, pop — then let it blend a while. You’ll start to see the seeds but keep it chunky. Taste and season with more salt. Set aside.

From “Guerrilla Tacos” by Wesley Avila with Richard parks III 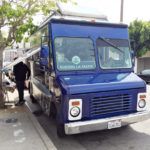 More: A Visit to the Guerrilla Taco Truck in Los Angeles