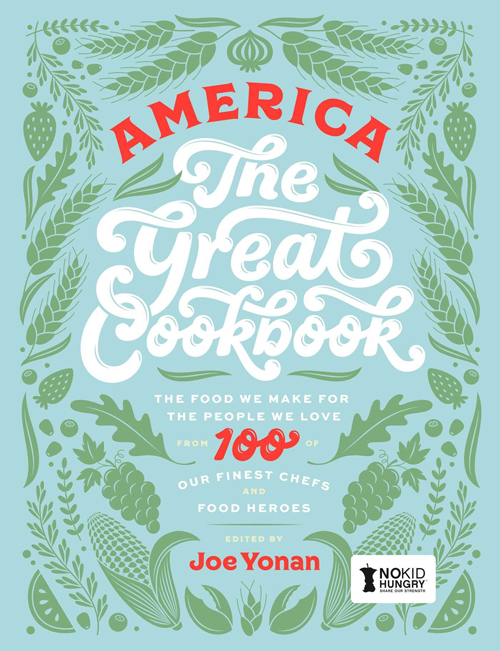 It also uses a different method than I’m used to. Normally, I simmer uncooked rice grains in the broth, allowing it to soak up flavor, and to exude its starchiness to thicken it all. 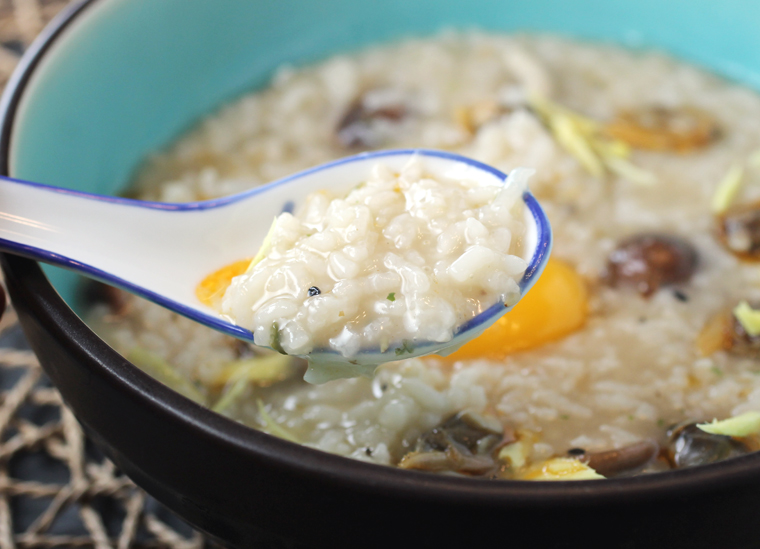 Perfect on a winter night.

This recipe takes the tact of cooking the rice first, then adding it to the broth. It’s a faster method of making jook. It is creamy, but rice and broth don’t meld into a nearly spoonable custardy consistency as in my usual method. It’s all a matter of what texture you like. And how much time you have. 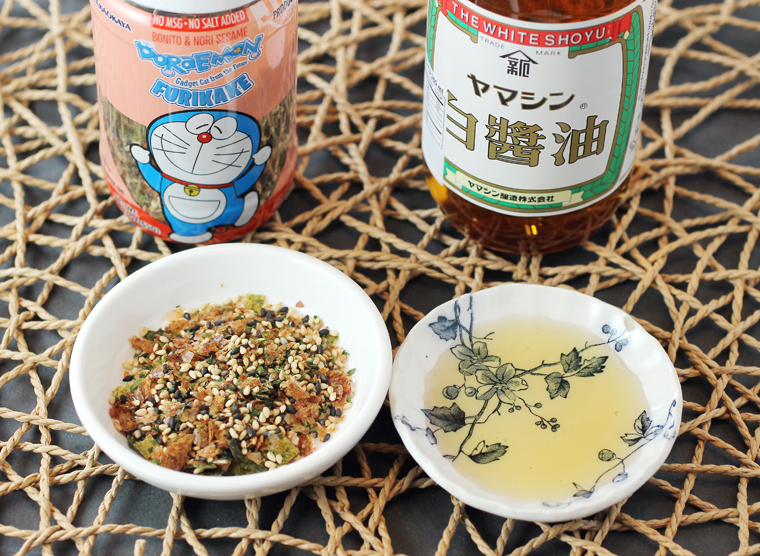 I did make a couple of changes to the recipe. First, it says it serves 6, but it depends if you are making this the center of a meal or a first course. If it’s the former, then it serves more like 4. Second, the original recipe gives directions for making more than a half cup of simple syrup, even though you only need one tablespoon for this recipe. I amended the directions so that you end up making just over one tablespoon. 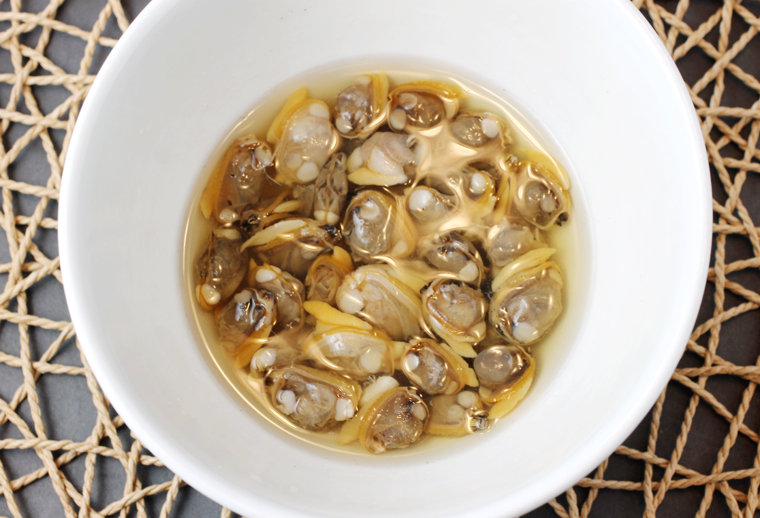 Just-cooked clams in the pickling liquid.

Third, the original recipe calls for 30 clams. I increased it to 36, well, just because I am piggish when it comes to clams and wanted the amount to be more plentiful. Fourth, the recipe calls for cooking the clams in 4 cups of sake. I decreased that amount to 2 cups because all you really need is just a little bit of liquid to cook them. Since you discard the sake afterward, why throw out more than you need to? If you have extra in the bottle, you can enjoy a glass instead when you sit down to your bowl of jook.

And fourth, the recipe directs to place the cooked clams in the refrigerator to cool before shucking them. But I found you don’t necessarily need to do that. Once you pluck out the cooked clams from the sake, one by one, they cool down pretty fast, and are easy enough to shuck right then and there.

The resulting porridge is every bit as warming and calming as it sounds. It is laced with briny flavor throughout. The clams, pickled then tossed in chile oil, offer big bursts of spiciness. The egg yolk adds richness, though, it also mellows the sea-like flavor of the porridge a bit. I made it optional.

Best yet, this cookbook also pledges to help No Kid Hungry, the charity devoted to ending childhood hunger, connect kids with at least 200,000 meals.

Leaf through it, cook from it, and rejoice that this country’s diversity has fed us so richly. 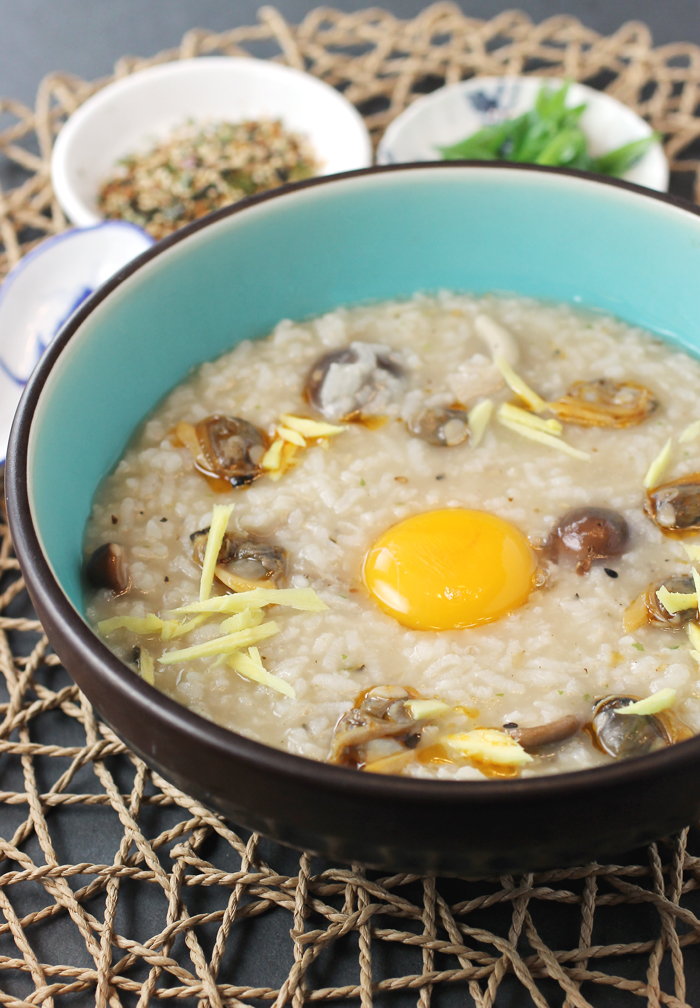 Garnish with slivers of fresh ginger, and more furikake, if you like.

For the marinated clams:

2 teaspoons minced garlic (from about 2 cloves)

For the marinated clams: In a bowl, combine the mirin, vinegar, white soy, simple syrup, and clam juice to make the pickling liquid.

Place a large pot over high heat, add the sake, and bring to a boil. Add the clams and cover the pot to steam the clams open, which should take just a few minutes. As the clams start to open, remove them from the pot one by one and set aside on a tray. Once all the clams are open, place tray of clams in the refrigerator to cool, if need be (they may already be cool enough at this point). When they are cool, shuck them, place them in the pickling liquid, and let stand for 1 hour.

Drain the clams until reasonably dry. Toss with the chile oil until well dressed, then refrigerate.

For the clam juk: Combine the rice, clam juice, garlic, and 2 teaspoons of the ginger in a saucepan and bring to a gentle simmer over medium heat. Cook over low to medium heat, stirring frequently, for about 25 minutes, being careful the mixture does not scorch as it gradually thickens.

Once the rice mixture has thickened to a nice consistency, add the mushrooms, soy sauce, and furikake. Taste and season with salt and pepper as needed.

Transfer the mixture to a serving dish. Scatter the remaining 1 teaspoon ginger over the top and garnish with the marinated clams, arranging them evenly over the surface of the juk. Finally, carefully place the raw egg in the center.

Note: To make the needed simple syrup for this recipe, combine 1 tablespoon water and 1 tablespoon of granulated sugar in a small bowl or mug. Microwave for 30 seconds, until sugar is dissolved. You will end up with a little more than 1 tablespoon simple syrup. 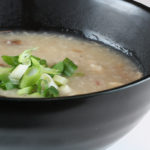 More: My Version of Jook, Based on My Mom’s