Living out a delectable dream, that’s what.

Tiyo Shibabaw, born and raised in Ethiopia where her parents run a hotel and restaurant, always knew she wanted to be in the hospitality industry.

But it wasn’t until she moved to the Bay Area that she found her calling in Southeast Asian cuisines, most notably after going to work at Burma Superstar. Although she started there as a general manager, it wasn’t long before she began apprenticing in the kitchen. She was soon tapped to open the Burma Superstar in Alameda, followed by one in Oakland.

After 10 years, she left the fold to step out on her own, opening her Teni East Kitchen in 2016 that’s named for her mother. 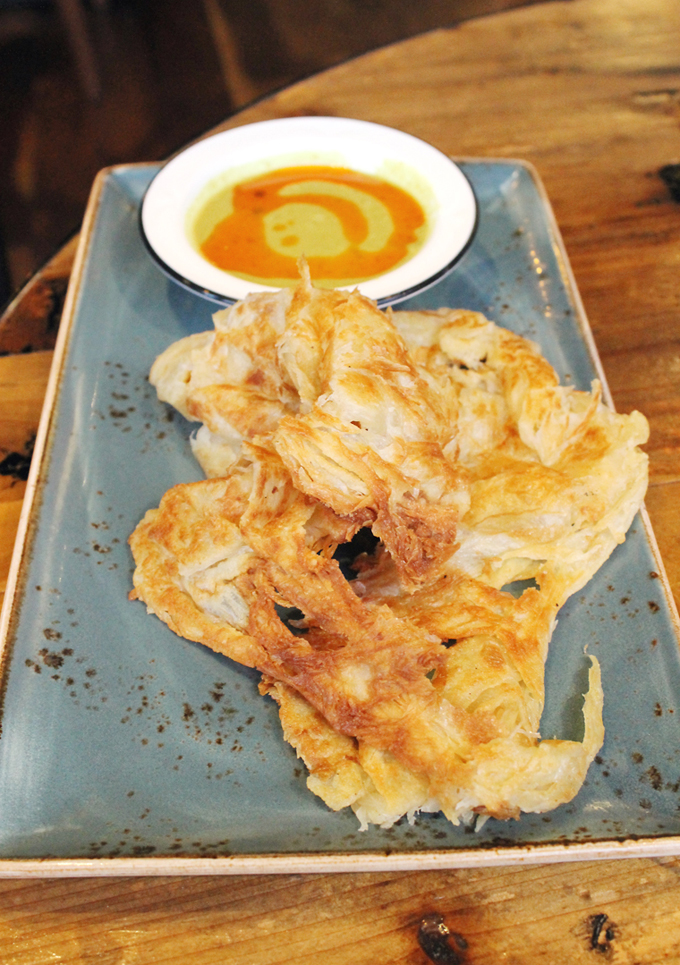 As she explained when I was invited in last week as a guest of her restaurant, she fell in love with the deep, complex flavors of Burmese cuisine that are multi-layered thanks to its judicious use of spices much like in Ethiopian cooking.

That’s evident from the get-go at this restaurant, which Shibabaw designed. It’s a contemporary space with high ceilings, long pendant lights, reclaimed wood furniture, and a striking deep raspberry-hued mural by Oakland artist Joshua Mays that spans the length of one wall. 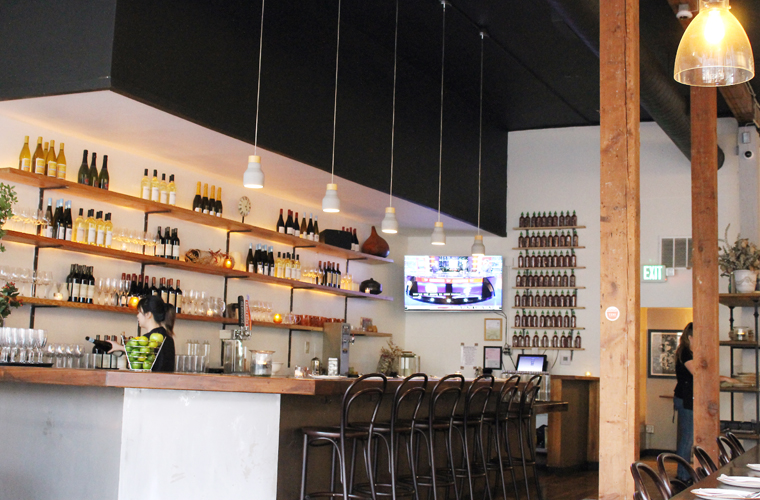 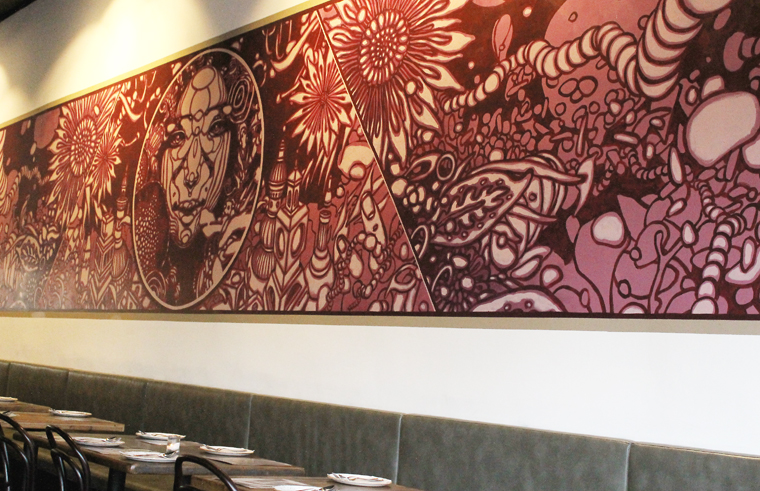 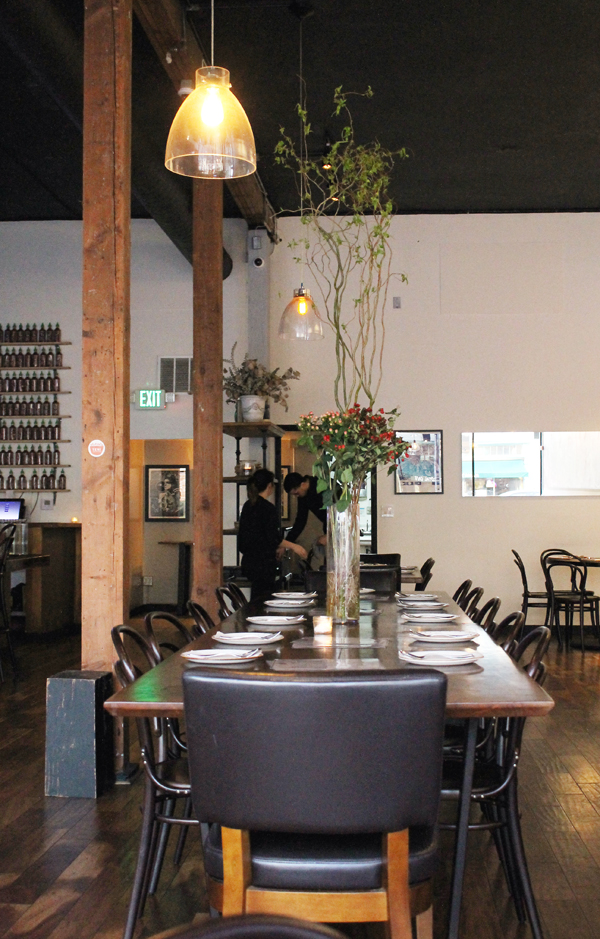 Service is warm and friendly. And the food? It’s addictive.

Burmese food can sport a bit of lovely funk, owing to fermented ingredients, that may not always sit well with timid palates. But here, it’s balanced out by the vibrancy of the fresh produce that’s used, which lends its own sweetness, herbaceousness and brightness.

Case in point, the Tea Leaf Kale Salad ($10). Baby kale leaves are a perfect addition to this riff on a traditional fermented tea leaf salad. Here, the tea leaves, ground into a paste, play a more supporting role than usual, but a prominent one nevertheless. Sesame seeds, peanuts and fried shallots garnish the kale. Mix it all together with the tea leaf paste, and dig in. The sweet-bitter edge of the kale marries with the tannin from the tea leaves, creating a fresh California take, if you will, on the classic Burmese dish.

Kale is an inspired addition to the tea leaf salad. 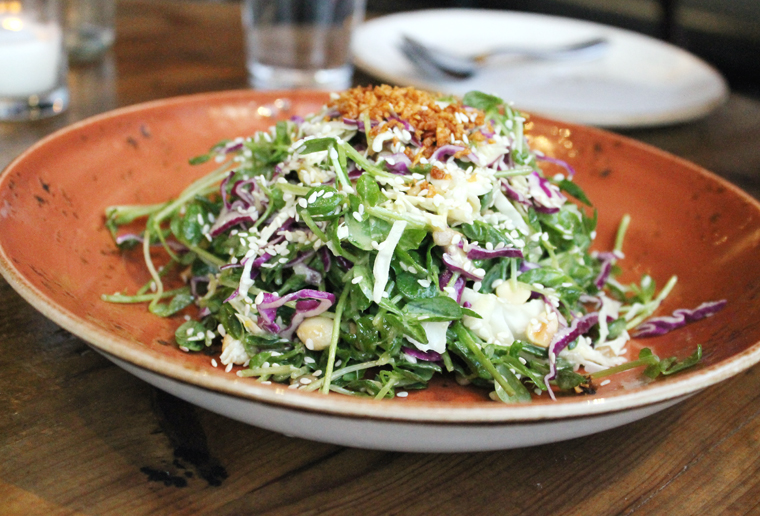 It’s easy to see why the Pea Shoot Salad ($9) is a signature dish. The tender, raw pea shoots and cabbage slivers get crunch and sharpness from a profusion of fried garlic chips. A lemon-garbanzo dressing ties it all together with a bit of creaminess. It’s a light dish full of texture.

Roti with Dip ($8) is a must-order. This version is super crisp and much more layered than others I’ve had elsewhere. Tear off a piece and dip it into the creamy, mild curry sauce, laced with green peas for a touch of subtle sweetness.

Cauliflower, corn and plenty of ginger, garlic and turmeric.

Chef Shibabaw had us try the Cauliflower & Sweet Corn ($12) because it’s the one dish that has a bit of Ethiopian influence in its generous use of ginger and turmeric. The whole dish takes on a golden glow from the spice. It’s a small quibble to note that corn is not necessarily in season locally right now. Yet, this dish just wouldn’t be the same without it because the kernels add hits of natural sweetness here and there, lifting the earthy, dusty spices to another level.

Teni Spicy Noodles with Shrimp ($15) definitely has a kick of heat. You can even make the soft rice noodles spicier by folding in the dollop of chile sauce that comes on top. For those who really like to singe their palates, you can ask for a big jar of that sauce to spoon on at will. Made with fish sauce and roasted chiles, it’s pretty potent. No matter which way you prefer them, the chewy, tender rice noodles, which have a touch of sweetness to balance out the spice, are definitely hard to stop eating.

These aren’t called spicy noodles for nothing. 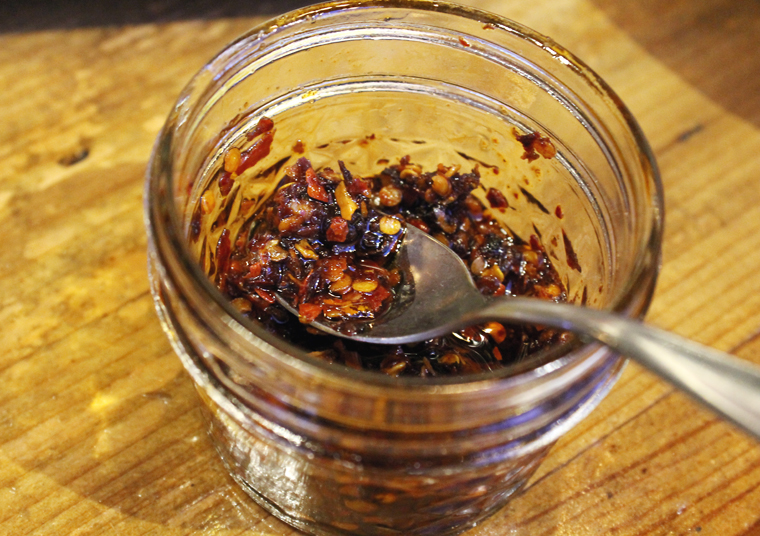 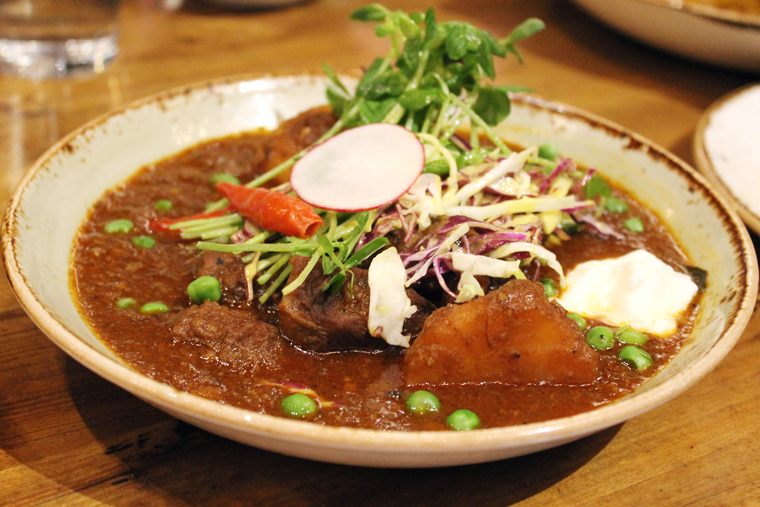 Lamb Curry ($15) is made with tender chunks of Australian lamb, potatoes, and peas, and garnished with yogurt and radishes and pea sprouts. It’s all in a big pool of savory sauce redolent of paprika and garam masala that you’ll want ladle over some coconut rice ($3). Or just eat by the spoonful because it’s that umami delicious.

Dessert is limited to ice cream from Mitchell’s that can be enjoyed in a cup or cone.

Soothing ginger tea with a big emphasis on the ginger.

Or finish with a mug of the hot ginger honey tea ($4), so fortified with the rhizome that it leaves a perfect prickly warmth in its wake.

It’s a fine way to end an evening at a restaurant so equally warm and wonderful. 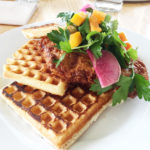 Another Place to Check Out Nearby: Clove and Hoof