It remains one of the city’s most unique restaurants. When you walk through the doors, you make your way through a long, narrow, dim hallway that gives way to a beautiful, soaring dining room with open kitchen. Decorated with strings of lights, the large courtyard steals the show. After all, it’s where classic movies are shown on the exterior wall, and tables are outfitted with drive-in speakers. How cool is that?

It could easily be gimicky. But it’s not because the setting has a casual elegance and the food is just so darn good with unexpected touches like fried chicken, so crunchy and jazzed up with Madras curry, making it more finger licking good than any other.

That recipe is in the new “The Foreign Cinema Cookbook: Recipes and Stories Under the Stars” (Abrams) by partners Pirie and Clark, along with 124 others.

The book, of which I received a review copy, offers up a quintessential taste of San Francisco, with recipes that take advantage of our incomparable produce, as well as our international vitality, and meld it with a certain French je ne sais quoi. Enjoy everything from “Watermelon and Shiso Salad,” Five-Spice Duck Breast with Cassis Sauce” and “Seared Pacific Tuna with Persian Spices, Fennel Salad, and Fava Bean Puree” to “Jasmine Creme Brulee” and “Sexy Beast” (a huckleberry and vodka cocktail).

“Buttermilk Spoon Bread with Shiitakes, Corn, and Scallions” is typically served in individual ramekins at the restaurant. But in this recipe, it’s done family-style in one big baking dish.

It’s as homey as it sounds — a batter of eggs, buttermilk, cornmeal, fresh corn kernels, sauteed shiitakes, and a flourish of scallions that gets baked to a souffle-like, spoonable texture.

It’s a perfect side dish at this time of year to any grilled meat or veggies. It’s even ideal for a lovely brunch.

Put a classic film on the telly, and enjoy it the Foreign Cinema way. Comfort food by the spoonful.

Set rack in the center of the oven and preheat the oven to 425 degrees. Butter a 9-by-13-inch baking dish.

In a large skillet, heat the oil over medium heat. Add the mushrooms and 1 teaspoon of the salt and saute until the mushrooms are tender and golden brown, 5 to 7 minutes. Set aside.

In a medium nonreactive saucepan, bring 2 2/3 cups water to a boil over medium-high heat. Add the remaining 2 teaspoons salt. Whisk in the cornmeal in a slow, steady stream. Reduce the heat to medium-low and cook until the cornmeal thickens and begins to pull away from the sides of the pan, 5 to 8 minutes. Stir in the butter and remove from the heat.

In a medium bowl, whisk the buttermilk, eggs, and cream until smooth. Whisk the cream mixture into the cornmeal to make a smooth batter. Stir in the scallions, corn and the reserved mushrooms.

Spread the batter evenly into the prepared baking dish and bake until the top is golden brown and a toothpick or knife inserted near the center comes out clean, 35 to 40 minutes. The tender spoon bread will rise like a souffle, then fall slightly as it cools.

From “The Foreign Cinema Cookbook” by Gayle Pirie and John Clark 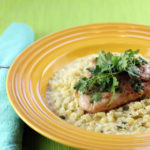 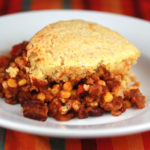 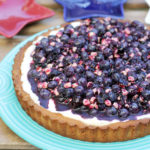 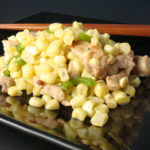 And: Miao Pork with Corn and Chiles 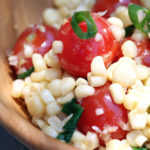 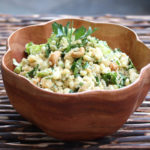 And: Tabouleh with Quinoa, Corn, Scallion and Goat Cheese 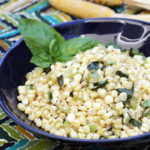 And: Stir-Fried Corn with Basil, Leeks, and Cumin 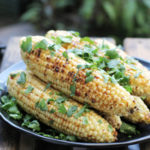 And: Corn with Hoisin-Orange Butter