Yes, kale has made its way into chaat — and deliciously so — at Ritu.

With Ritu the word for “seasons” in Hindi, it’s no surprise that this hip Indian restaurant in San Francisco’s Mission District changes up its menu, accordingly. In fact, it adheres to the six seasons recognized in India: spring, summer, monsoon, autumn, pre-winter and winter.

Since it was full-on summer when I was invited in as a guest recently, the menu was redolent of tomatoes, zucchini, corn and green beans. And of course, kale, because this “it” green still takes center stage in popularity.

Chef-Owner Rupam Bhagat graduated from the Culinary Institute of America in New York, and worked his way up to sous chef at various Ritz-Carlton Hotel properties, including the one in Half Moon Bay. In 2014, he started his Dum food truck, which is still going strong. In 2016, he opened his restaurant, first naming it Dum, then rebranding it this year as Ritu to distinguish it from his other venture. It’s a long narrow space full of vibrant color that has an open kitchen, where you can watch Bhagat cooking your meal.

Specials are listed on a blackboard in the dining room. You can order a la carte or opt for a $45 per person 4-course chef’s tasting menu that Bhagat decides for you. 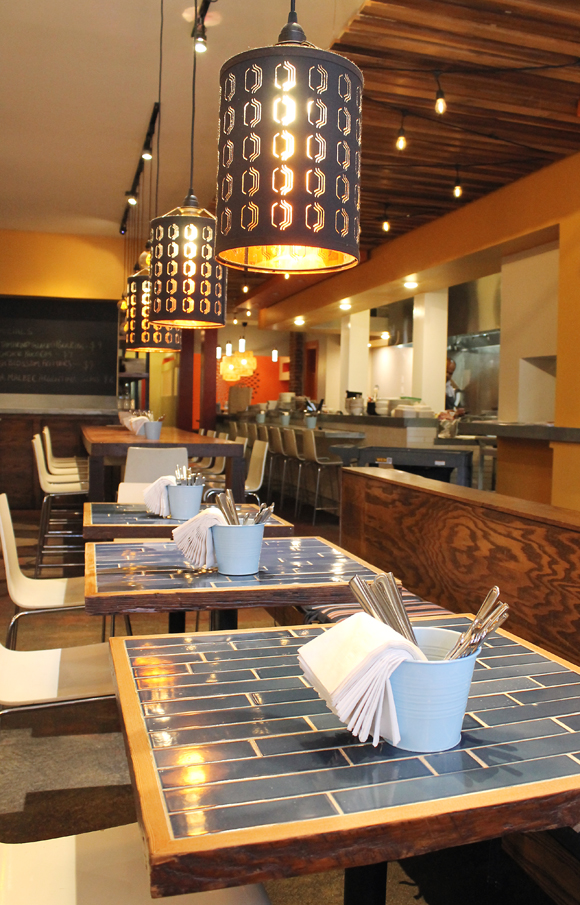 The dining room with the kitchen off to the right in the back. 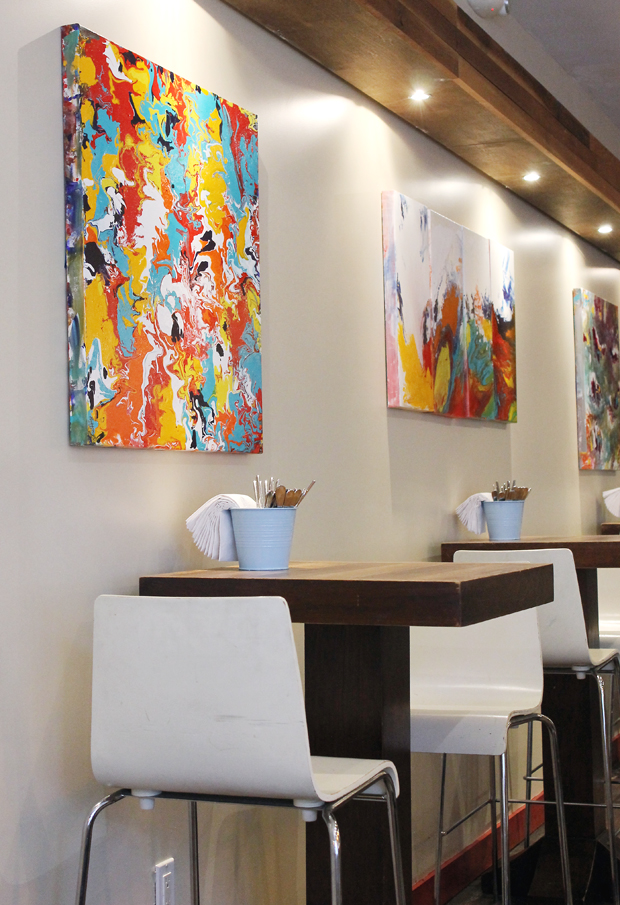 Besides the usual mango lassi, there’s also a peach or strawberry version, not to mention a concise selection of wines and beers. I often find sangria a bit cloying. But the White Sangria ($9) is heavenly with its jolt of cardamom. There’s plenty of citrus in it, as well, to provide enough acidity to balance everything out. 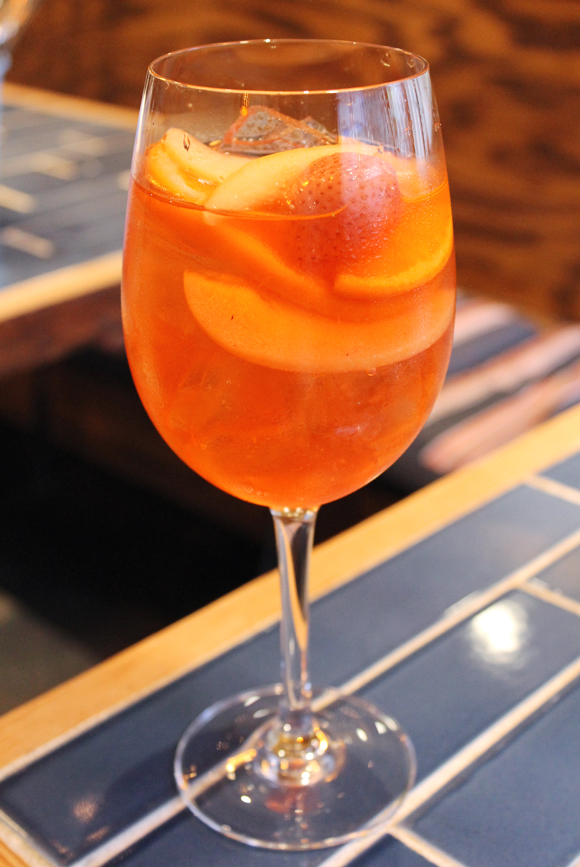 The artichoke pakora, a special that evening, consisted of the hearts battered and fried to a deep golden. Alongside was a yin-yang sauce combo of sweet-tangy tamarind and cooling herbaceous mint. These are pretty irresistible, with the crisp exterior giving way to tender, almost meaty hearts.

Next up, another fried dish — kale chaat ($9), drizzled with yogurt, tamarind, and crunchy Mumbai trail mix, a blend of puffed rice and sunflower seeds. The kale leaves turn as crisp and light as potato chips. Peppery and spicy, they’re as hard to stop eating as them, too. 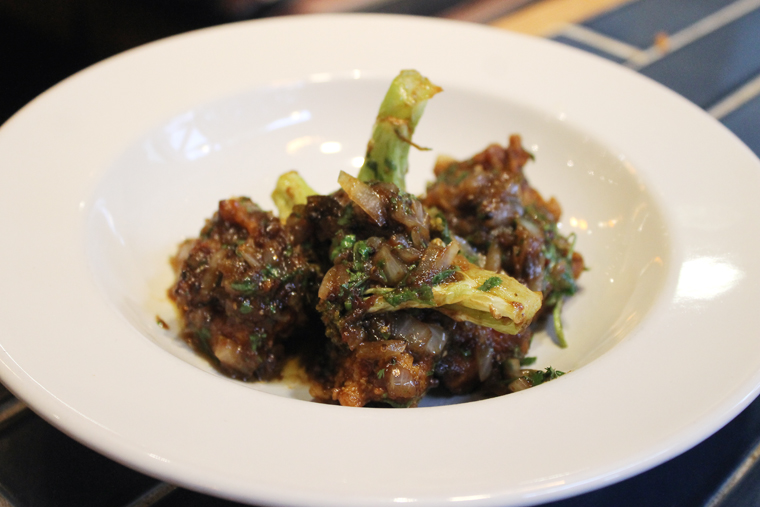 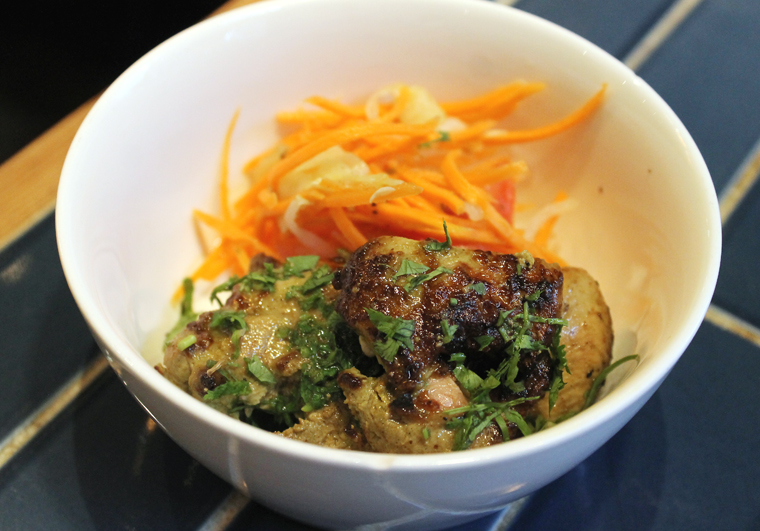 Chicken kebab off the skewer.

Tandoori Fried Chicken ($14) arrive in boneless, slightly larger than bite-size pieces. The chicken is crisp and saucy with a little mustard in the Indian-inflected barbecue sauce adding piquancy and extra savoriness.

The Chicken Malai Kebab ($12) arrived off the skewer, snuggled in a bowl with yogurt and pickled julienned carrots. The chicken was smoky and tender, and quite herbaceous with fenugreek.

Lamb Biryani ($15) is pure comfort, a dish of fluffy Basmati rice with chunks of lamb. An unusual yogurt raita came alongside, mixed with soft chickpea-flour pebbles and honey, to provide a cooling, slightly sweet substantial sauce. 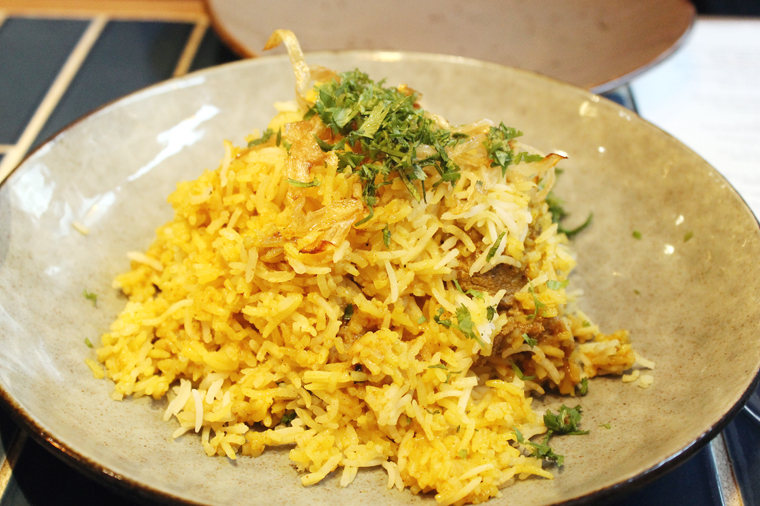 A mountain of Basmati with tender chunks of lamb. 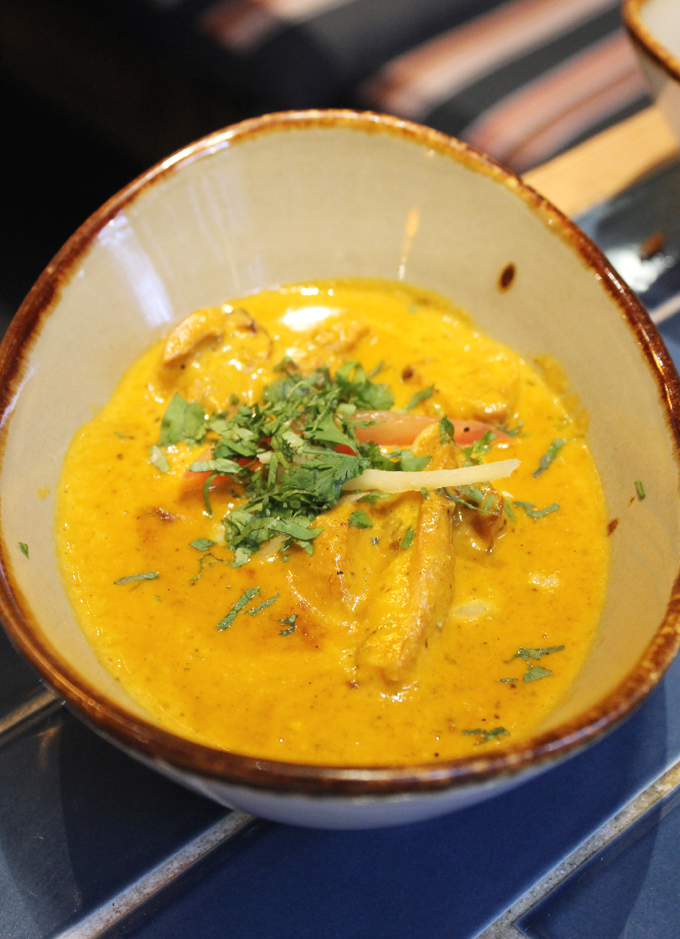 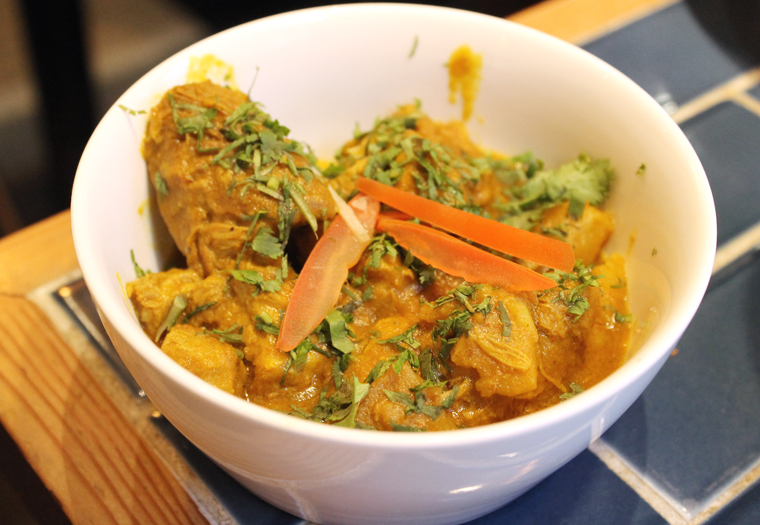 Butter Chicken ($15) also had a hint of sweetness in its creamy, rich sauce, owing perhaps to the heirloom tomatoes that fortified it. There’s also a hit of spiciness that sneaks up on you just at the very end.

Pork Vindaloo with potatoes ($16) is a homey stew with a subtle tangy note in the thick curry. The pork is incredibly tender with just enough heat to wake up the palate without scorching it. 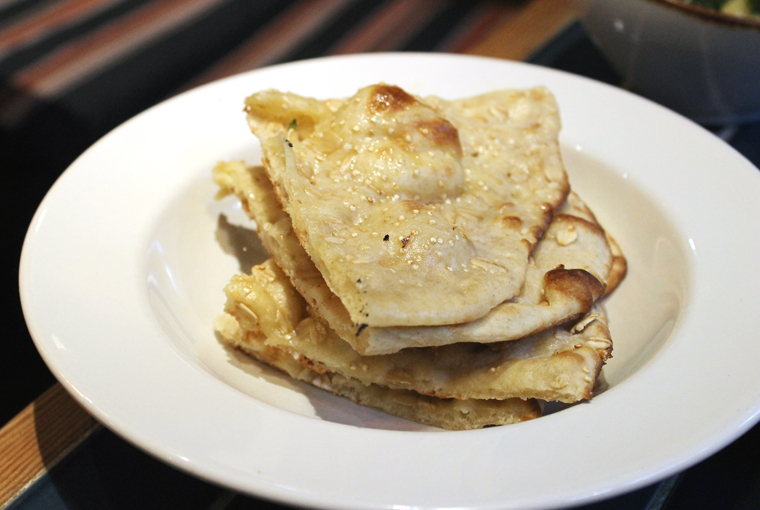 I could have inhaled this entire stack.

The Multi-Grain Naan ($4) should not be missed — even if you are cutting carbs. With oats sprinkled on top, this is some of the best naan I’ve ever had. I loved how the taste of the hearty grains sang through. Lest you think this is a completely virtuous bread, there is a little garlic butter brushed over the top. It makes it even better. So don’t hesitate; just go for it. 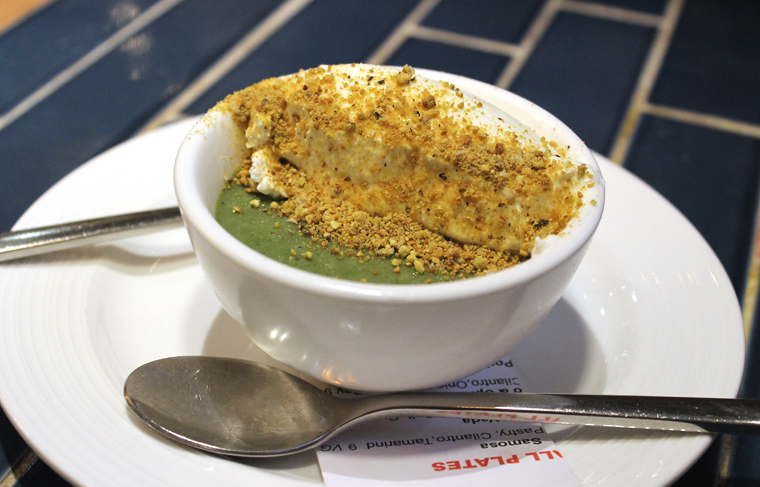 Pistachio pot de creme with more pistachios strewn all over the top.

For dessert, dip a spoon into Pistachio Pot de Creme ($6), a creamy, quite nutty tasting finale that has a nice sprinkle of salt on top that keeps you coming back for more. 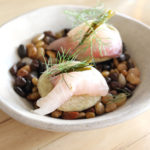 More Places to Check Out in the Mission District: Commonwealth 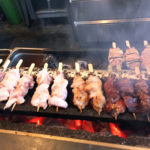 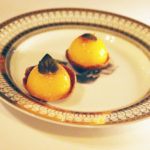 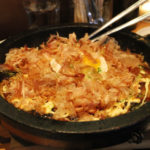 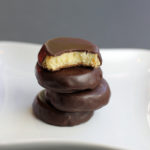