The Thanksgiving Feast Is A Breeze With Luke’s Local Thanksgiving is served — in a jiffy, thanks to Luke’s Local.

Did Thanksgiving sneak up on you? Are you little prepared? Dog-tired? Rather leave the cooking to someone else?

Look no further than Luke’s Local.

The San Francisco-based business not only has a market in Cole Valley, but also offers catering and delivery of not only prepared foods but flowers, bread, cheese and produce from local purveyors.

In short, it’s everything you’d need for a fuss-free feast, where the only heavy-lifting you probably need to do is carry everything to the dining room table and enjoy.

You can pick and choose what you need or go for the whole shebang: the Complete Luke’s Local Thanksgiving Dinner ($199), which includes a whole smoked turkey, six sides, and pumpkin pie — enough to serve 6 to 8. 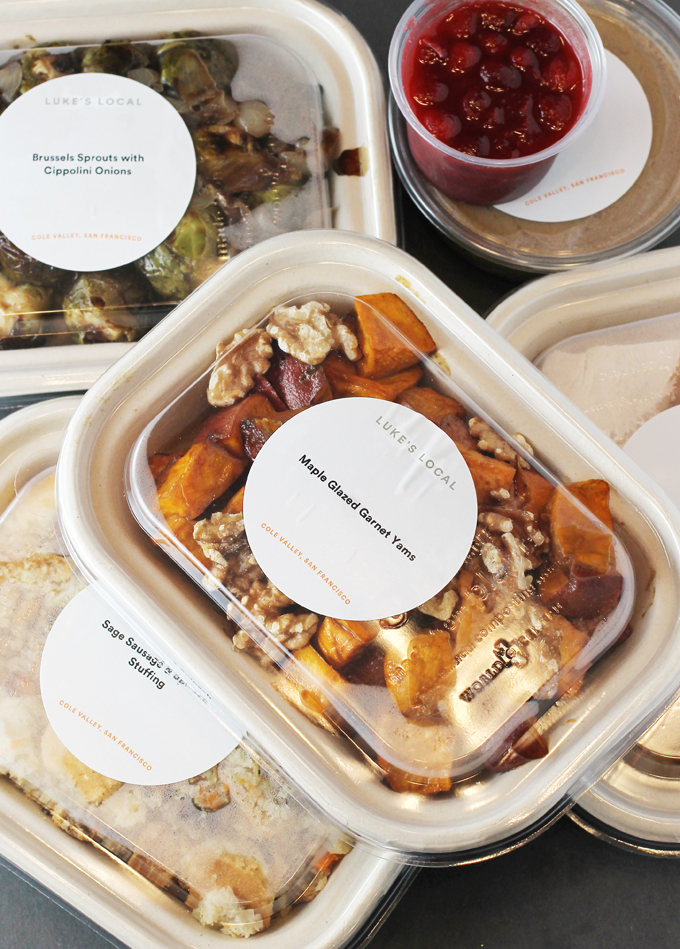 Any of the items, including the complete dinner, can be picked up at the Luke’s Local store or delivered to your address in San Francisco, the East Bay or the South Bay.

Last week, Luke’s Local invited me to do a taste-test of some of the holiday items, which were delivered to my door.

The smoked turkey was plenty moist and well seasoned, though the roast turkey gravy was thicker and pastier than I prefer. Better was the cranberry sauce, made with whole cranberries and the warmth of cinnamon.

The sage sausage and spinach stuffing was redolent of the fall herb, with a good amount of crumbled sausage in it.

The glazed garnet yams were tender and homey with a nice touch of maple syrup. Walnut halves were strewn over the top. I only wish they had been toasted. Though, of course, if you’re warming the dish in the oven (as opposed to a quickie stint in the microwave), they will get toasted that way. 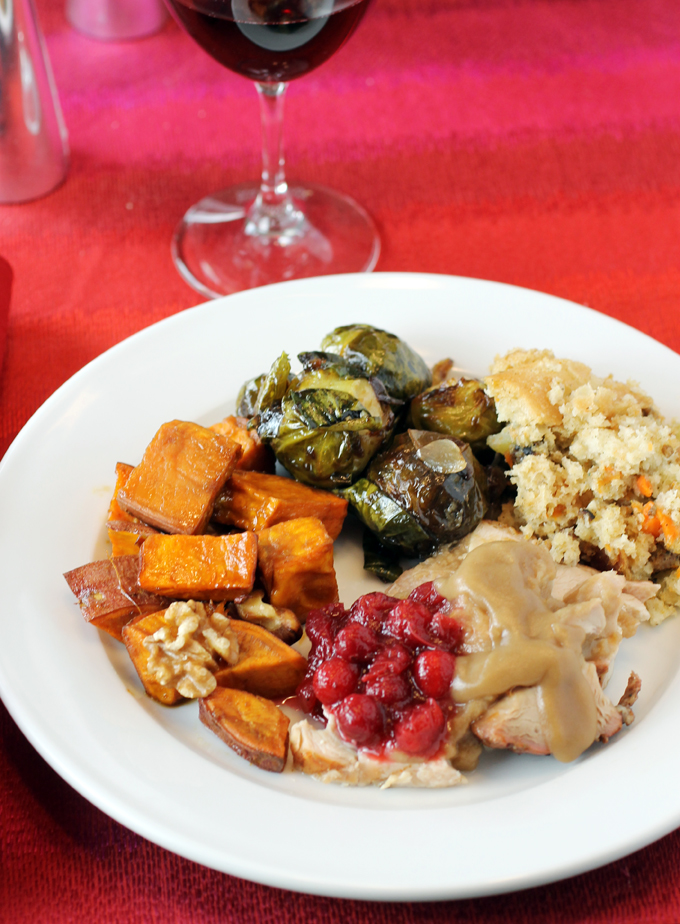 Luke’s Local makes filling your plate ever so easy.

The whole Brussels sprouts had a nice texture, still retaining a little crispness. They were joined by sweet cippolini onions, all in a balsamic honey glaze that gave everything a nice sweet-tangy flair. 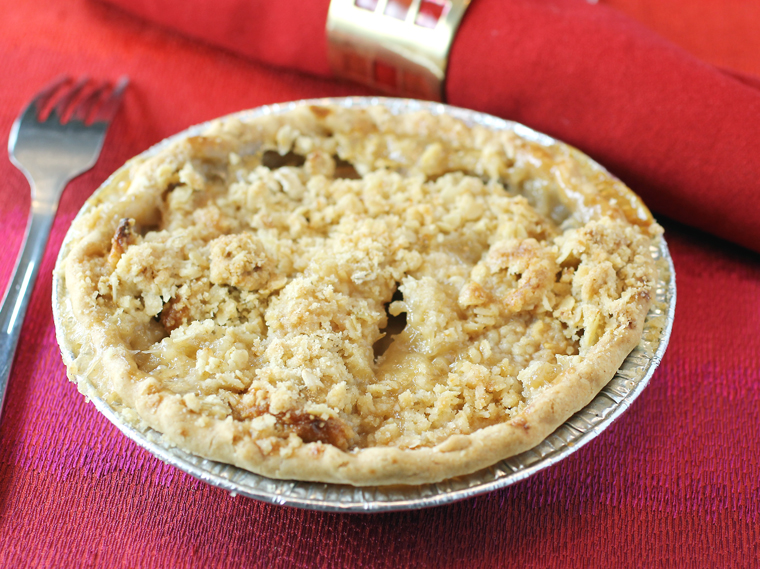 A mini apple pie for two.

Included in my delivery was a mini Dutch apple pie from Mission Pie. The modest layer of streusel didn’t overwhelm the apple taste in the nicely flaky crust.