As the restaurant is named for the Italian toast “to your health,” and was founded by wine expert Rhorer, it’s nice to see that the wine list still remains impressive. Six flights are offered, too, from the “Grenache A Trois” ($22) that spotlights three different ones from El Dorado, Santa Barbara and Spain to “Montelena Vertical” ($60) that lets you taste three different vintages of Cabs from Chateau Montelena in Calistoga. 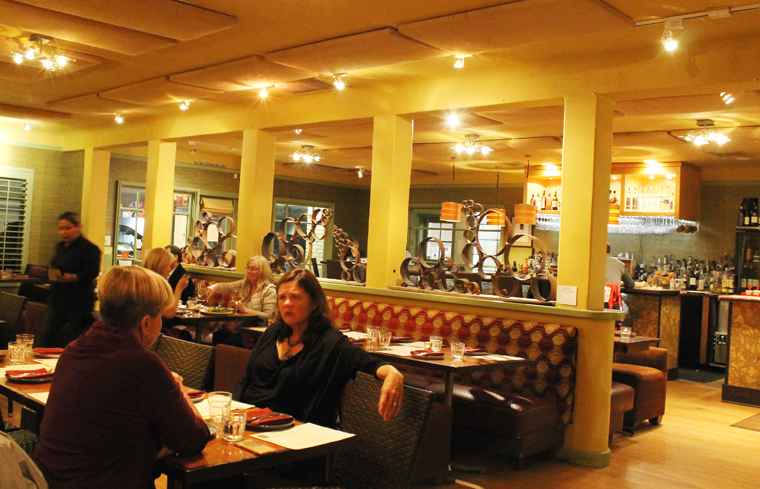 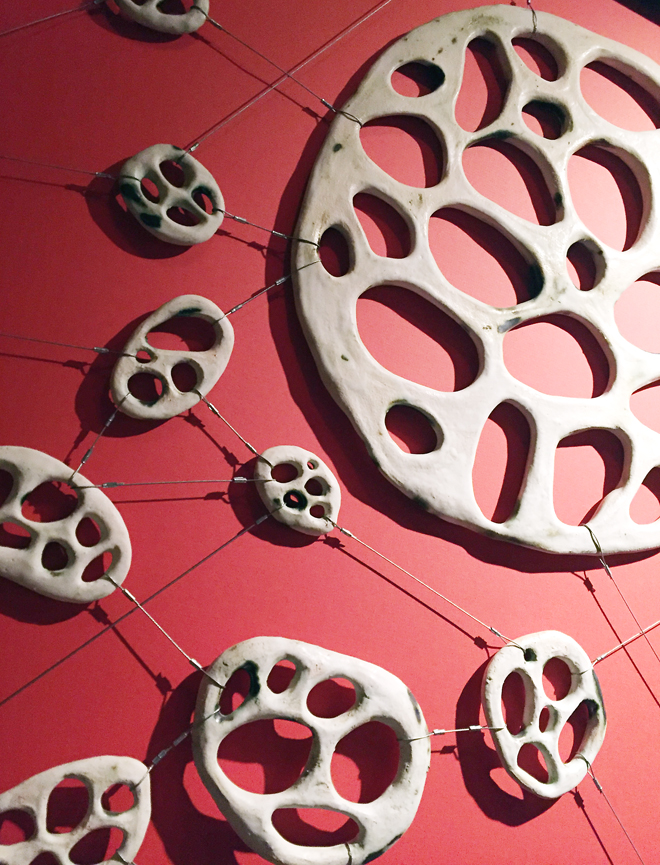 After warming up on a blustery night with a jammy, juicy glass of 2016 Resonance Pinot Noir ($18) from the Willamette Valley, we tucked into the Bigeye Crudo ($20). The raw tuna chunks are arrayed over a foundation of chunky mashed avocado for creaminess, fresh grape slices for bursts of winey sweetness, pickled onions for tartness, chile slices for a hit of heat, and a flourish of micro cilantro leaves over the top. There’s a lot going on here, but everything works in harmony, playing off one another like soloists in a band that still coalesce beautifully. 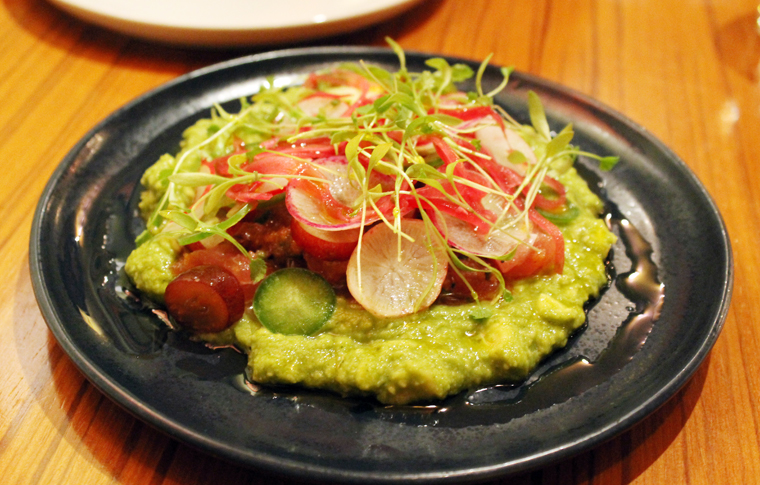 Velasquez swaps out the usual pork belly for boneless fried chicken instead in steamed buns ($17). The tender chicken pieces get a glaze of Korean fermented pepper paste, gochujang, before being snuggled in the pillowy clam shell steamed buns with pickles, cilantro and roasted peanuts. You might just break a sweat with these, as they are plenty fiery. They’re so delectable, though, that you’ll forge on, grabbing another. Good thing four come to an order.

The Deluxe Niman Ranch Burger ($19) can be ordered with fries (an additional $2), which is how my husband had it. This is a four-napkin kind of burger — big, juicy, drippy and delicious — with melty American cheese, tomato jam and a creamy “special sauce.” There’s also a thick slice of house-made bacon on it, redolent of sweet porkiness that nearly steals the show. 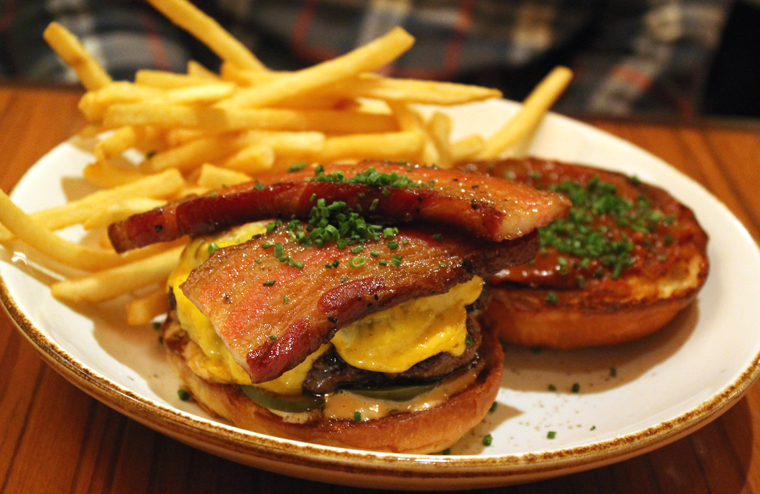 The Niman Ranch burger with that awesome house-made bacon. A heap of pork collar.

Pork collar ($28) must be a new darling cut of chefs because this is the third time I’ve seen it on a menu lately. Cin-Cin’s version is huge — a generous amount sliced and arrayed over a mound of farro cooked like risotto until it’s very creamy. Braised onions and plums add a nice Thanksgiving-like fruity sweetness. The meat is super succulent. It’s what you wish your average supermarket pork loin could be like. I ended up taking half of it home, and it made a fabulous lunch the next day.

For dessert — which we barely had room for — we shared the banana fritters ($10). About the size of doughnut holes, the fried, dark brown fritters tasted like homey banana bread. The texture at the center of the doughnuts is very much like banana bread, too — quite cakey moist and squishy, rather airy like traditional doughnuts. Each fritter gets crowned with peanut butter caramel, grape jelly, a fresh banana slice, and crushed peanuts. It’s a taste of nostalgia reinvented. 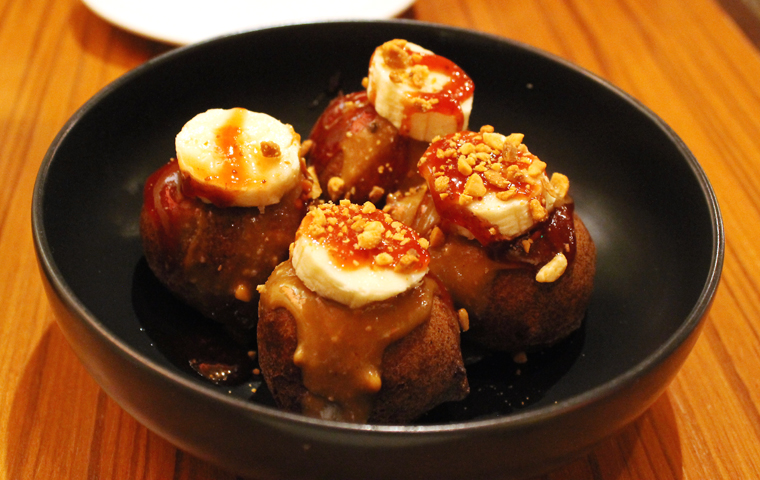 How cute are these? All around me, couples were sipping glasses of wine, a girls-night-out holiday get-together was happening at a table nearby, and a festive mood permeated the entire place.

With great wine and scrumptious food, Cin-Cin beckons whether you’re in the mood to celebrate with friends or to just take a load off by yourself at the bar after a hectic day.