I had a chance to taste-test samples of “The Spaniard,” as well as Zume’s new Sicilian-style pizza. The 17-inch pizza is $17.99, and available through May 16 in Zume’s delivery areas.

Once my order was placed online, it took about 45 minutes for the delivery to show up on my porch. I could even track its progress online — from when it was assembled to when it got loaded on the truck to the estimated time it would arrive.

The pizzas definitely arrived hot, with “The Spaniard” nestled in the unique circular Zume box. Made of compostable sugar cane fiber, it is designed to retain heat and crispness. The Zume crust is a bready one. It’s heftier in thickness in the center than traditional Neopolitan-style pizza. It’s not a crust that has a multitude of varied air holes, but rather a much more uniform texture. 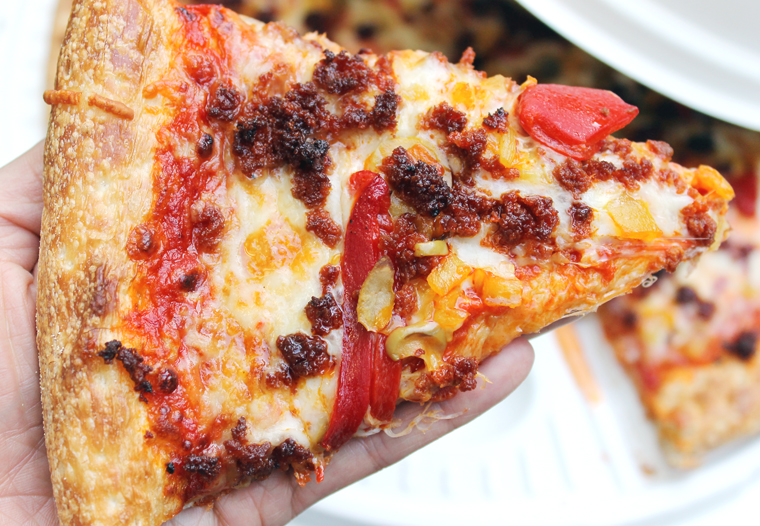 Chef Jen Biesty designed the toppings on this pizza.

The toppings on “The Spaniard” definitely give it the characteristic earthy, smoky, and peppery flavors of Spanish cuisine. The chorizo crumbles even give off that expected — and tasty — slick of orange oil. It’s a pizza almost reminiscent of paella.

The new Sicilian-style crust is thicker still — a rectangular pan pizza that is cut into squares to eat. The outside edges are golden while the inside is quite soft and fluffy. 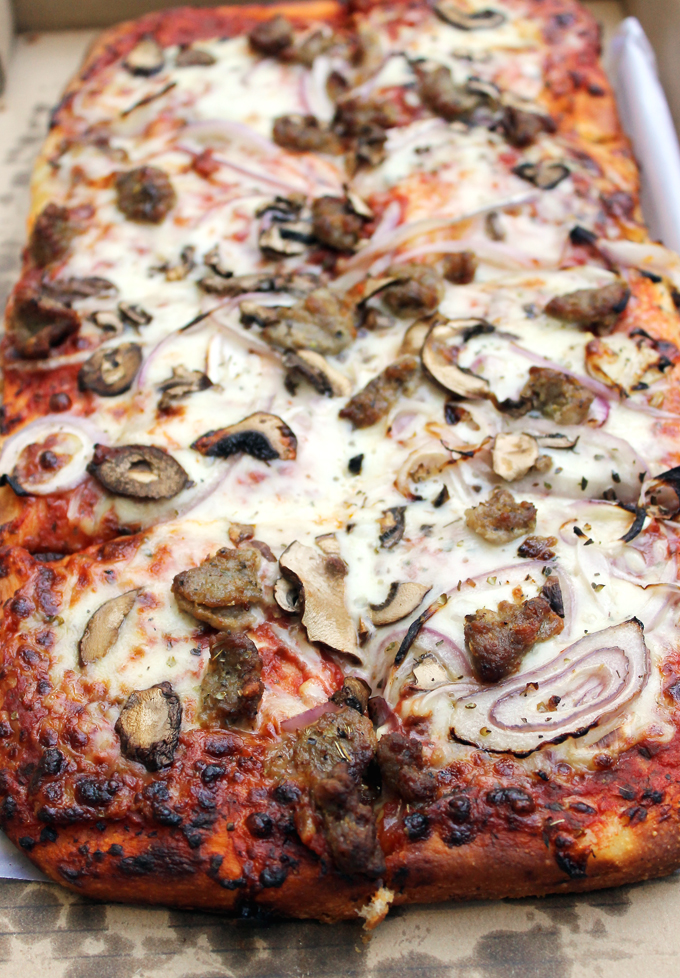 I tried the “Abe Froman,” which is topped with Italian sausage, mushrooms, and red onions. It has a nostalgic taste, a very old-school Italian-American bent. When I take a bite, it’s like something out of my childhood. The toppings are classic, a trifecta that you can’t ever go wrong with. I only wish the crust was crisper. But if you want to go to the trouble of heating up a pizza stone in your oven, rewarming the pizza (or leftovers the next day) for a few minutes on it will take care of that.

Winner of the Food Gal Contest

In last week’s contest, I asked you to tell me your greatest memory about elementary school. The winner will receive a pair of free tickets (valued at a total of $300) to “Taste of Potrero,” 7 p.m. to 10 p.m. May 2 at The Midway in San Francisco. The food and drink event is a benefit for Daniel Webster Elementary School. 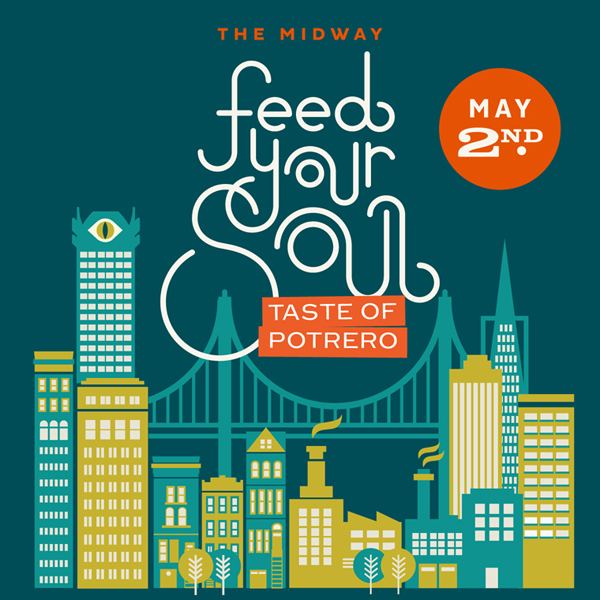 Thanks to everyone for sharing their incredible experiences about elementary school in the comments section of my original post. There were so many great entries that it was hard to pick just one. So, in addition to the free tickets, I am giving out three consolation prizes to three folks who deserve extra recognition. Lara, Amber, and Caroline Kim will each receive the paperback edition of my first cookbook, re-titled and reissued last year as “Great Food Finds San Francisco: Delicious Food from the City’s Top Eateries”

And congrats to the grand prize winner, Jason, who wrote: “Sorry y’all but this is kind of a long one…I lead a relatively quiet existence while in elementary school. Moving to a new school in the 3rd grade has a way tamping down any enthusiasm for social interactions. My attention wandered, I didn’t speak up very much and wasn’t the most popular kid on the block yet I maintained a presence and got along well enough with my classmates. I flew under the radar and stayed out of trouble though I didn’t have the best academic habits. Unfortunately (or fortunately?), that all caught up with me in the 5th grade. Due to various reasons, I just started tuning out and stopped trying. I guess I had enough smarts to keep getting by but after some time, I wasn’t even ‘getting by.’ Someone noticed and she wouldn’t stand for it. Dr. Harvey, my 5th grade teacher, started calling me out. She’d often pull me aside and questioned me. She persisted and laid into me when I failed and didn’t mince words. ‘Don’t be a bonehead!’ I didn’t want to be a bonehead and she seemed to think that I wasn’t one. Hmmm…maybe I wasn’t? I could list multiple reasons for my lack of hustle, motivation and dedication but they’d be excuses. She was the kind of woman that could separate excuses from valid reasons and her BS detector was STRONG. She pushed me and called me out. She set up parent-teacher conferences and was relentless in getting me to straighten up. In one of those conferences, she told me, in front of my mom, ‘You’re not a dummy but you’re acting like one.’ More words followed but you get the gist of her tone and intent. The conviction, dedication and care she showed me was on full display in that meeting. She saw my mom as a woman doing the best she could, working 2 jobs while raising 2 boys on her own. Maybe Dr. Harvey saw those difficult circumstances and decided to step up her game to help compensate for what was missing? I’ll never know the real answer but that day in that meeting, I felt surrounded by two women that I felt wanted the best for me because they knew I was better than what I thought I was…and they weren’t going to give up on me. So I started trying and doing better because I started believing that I was better than what I was reflecting. I also didn’t want to let down the two women that seemed to have the most faith in me. My mom never forgot Dr. Harvey and what she did for me. She’d often tell me that she appreciated her efforts so much and that it meant so much to her. When you’re living a life that’s overwhelming, it must feel nice to know that there’s someone else that wants to help and that’s what Dr. Harvey was doing. On that day, Dr. Harvey made an unforgettable impression on not one person but two and it will always remain with me. I’m grateful and probably, a part of who I am today is due to her. I may not be a bonehead but I have my moments and when those moments arise, I hear her firm and passionate voice telling me to do better. I’m still a work in progress but I’ll keep trying….”