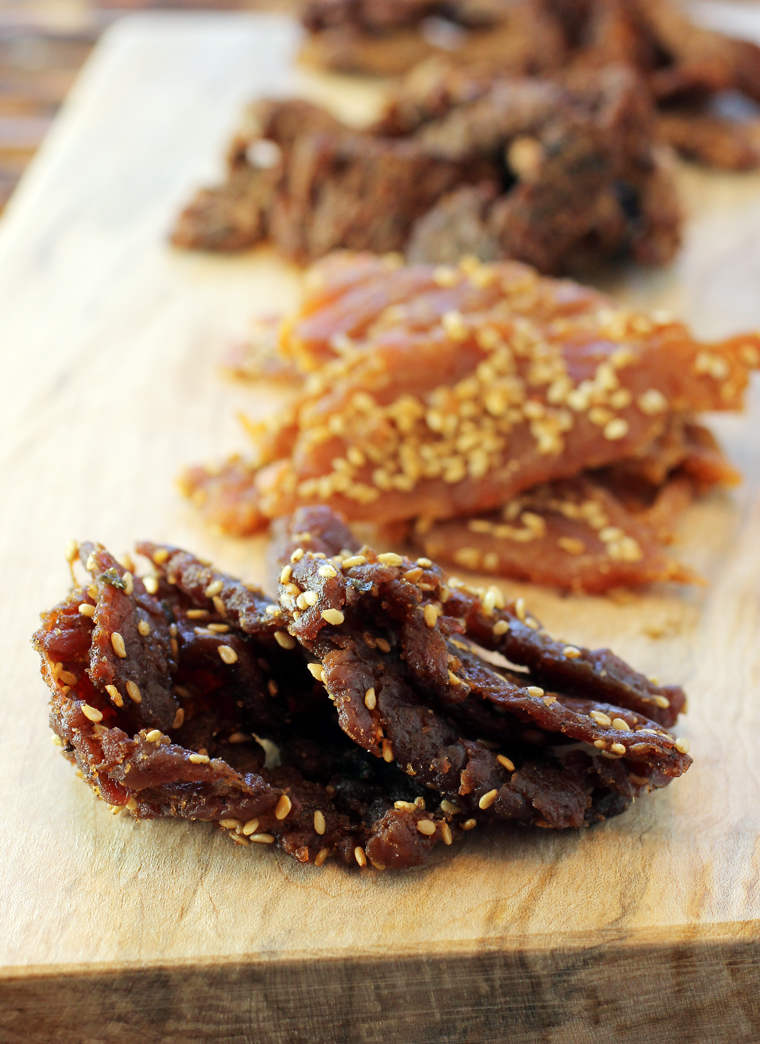 While Jeff’s Famous Beef Jerky asserts that it’s lower in sodium than most other jerky brands, it still is not necessarily a health food to consume with abandon. The 2.75-ounce resealable bags contain about 3 servings (1-ounce each). The sodium count runs 115mg per serving to 430mg for its popular Sriracha Style Black Pepper Bacon Jerky, which tastes just like soft, cooked bacon.

There are about 50 to 100 calories per serving, too, with about 10g protein per serving for the beef and turkey varieties and only 2 to 4g for the bacon one. High fructose corn syrup is an ingredient in some of the varieties, too, which may turn off folks trying to avoid that sweetener. 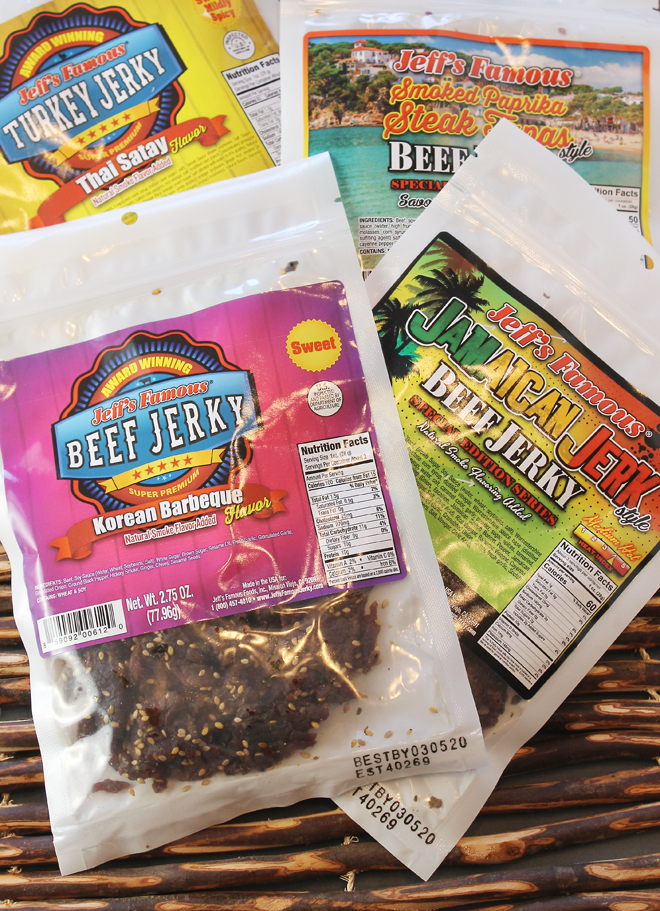 Each bag has about three servings.

All of the jerky varieties I tried were easily chewed, not the teeth gnashing ones of yesterday. My favorite of the new flavors has to be the Korean Barbecue. It’s robust with a sweet soy sauce marinade and the nutty crunch of sesame seeds. It tastes so much like Korean kalbi that you could almost eat it with a side of steamed rice.

The Thai Satay Turkey Jerky definitely has that peanut buttery taste of satay sauce, but it actually uses sunflower seed butter instead. The turkey variety is the softest of the bunch, maybe almost too soft. I’d actually like a little bit more toothsomeness to the texture.

The Jamaican Jerk Beef Jerky gives a nice burn on the back of the throat from Scotch Bonnet peppers in the peppery jerk seasoning. Natural smoke flavoring is added to give it a pronounced smokiness, too.

As for my husband, aka Meat Boy, he was seen nibbling the jerky with dinner. What else would you expect from someone with that nickname, right?