Milky sweet burrata is the crowning touch on this smoked barley-charred tomato salad.

If you’re a pyromaniac when it comes to cooking, this new cookbook is surely going to stoke your desire to light things up.

“Thank You for Smoking: Fun and Fearless Recipes Cooked with a Whiff of Wood Fire on Your Grill or Smoker”

(Ten Speed Press) is not only a cleverly titled cookbook, but a very creative one, too.

The book, of which I received a review copy, is by Austin-based Paula Disbrowe, a grilling expert and veteran cookbook writer.

There are 100 recipes included. What’s really fun is that most go way beyond the norm of just throwing a steak or piece of chicken on a grill or in a smoker. Instead, Disbrowe really opens your eyes to possibilities you may never have even considered. 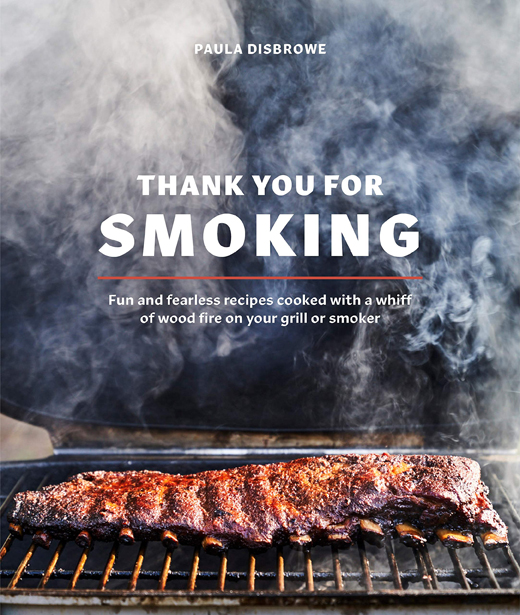 With its luxurious cream center that spills out of a ball of mozzarella, burrata is one of my favorite cheeses. So I just had to take a go at “Smoked Barley with Blistered Tomatoes & Burrata.”

Is it really worth it to set up a smoker and spend about 35 minutes to smoke barley grains?

Yeah, it kind of is.

Sure, you can make this dish without smoking the barley. But it really does amp up the flavor of the grains, so that even afterward, when you boil them in water to cook them, they still possess an elevated roasty-toasty taste.

Combined with sweet charred cherry tomatoes, the two make for a true taste of summer, the kind we wait all year for. 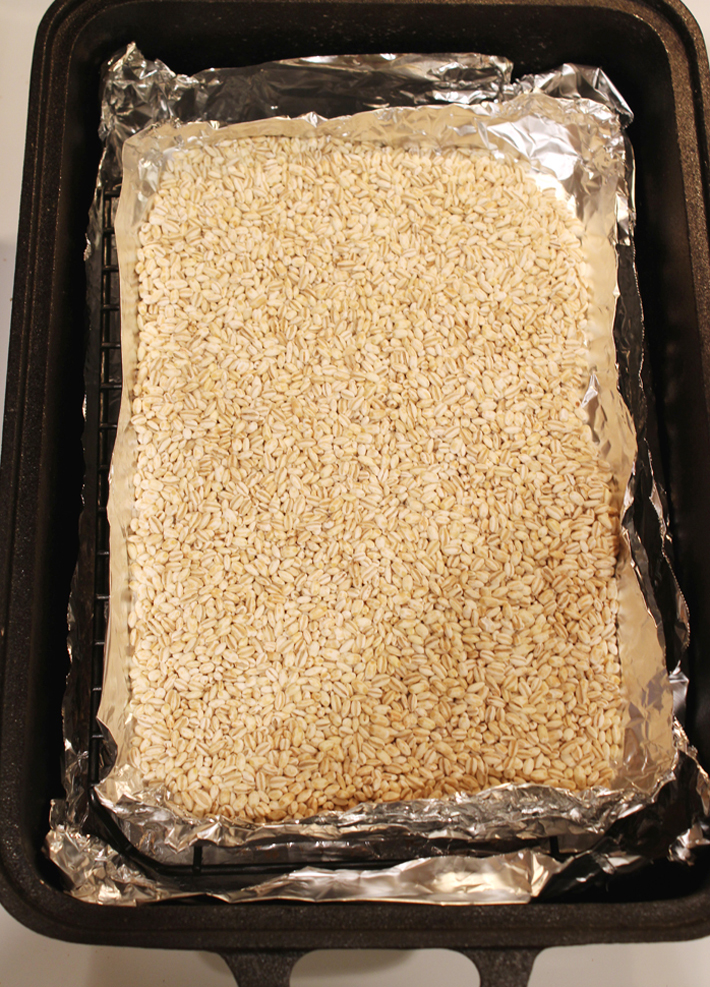 The set-up for our stovetop smoker.

Since we smoked only enough barley for this one recipe (2 cups), we decided to use our stovetop smoker rather than set up the big one in the backyard. It worked just fine, with my husband jury-rigging a using aluminum foil as the recipe directed to create a “pan” to hold the small grains.  We used small hickory chips to impart flavor, smoking the barley for 35 minutes.

You could smell the aromatic smoke lilting from the stovetop smoker. And when done, the grains were noticeably browner in color. The color of the barley right out of the bag. The color of the barley after smoking for 35 minutes.

After smoking, the barley gets boiled in water to cook. The cherry tomatoes get grilled just until they soften, and get added to the bowl of cooked, cooled barley. Because they are so soft now, some of the tomatoes get squished when stirred, and their juices squirt out to coat the barley beautifully, almost creating its own natural, sweet-tangy fruity sauce.

Red wine vinegar and olive oil also get stirred in. The recipe calls for a 1/2 cup of olive oil, which seemed like a lot to me. I ended up using just 1/3 cup, which I noted in the recipe. A pinch of red pepper flakes adds just a whisper of warmth without real heat. Thai basil leaves (I used both Thai and Italian basil leaves) add a nice subtle anise note. And the burrata sends it over the top with plain lush decadence.

You won’t believe the depth of flavor this salad has, despite its few ingredients. It really tastes like a dish you’d happily pay bucks for at a top-notch, farm-to-table restaurant.

But instead, you can enjoy it in the comfort of your own home. That’s invitation enough to come on, and light your fire. A barley salad to really savor.

1/3 to 1/2 cup extra-virgin olive oil; plus more for drizzling and serving

3 rounds of burrata (about 12 ounces)

Prepare a charcoal grill for two-zone cooking and build a medium-high fire, or heat a gas grill to high.

When the coals are glowing red and covered with a fine gray ash, add your smoke source (chips, chunks, or log). Return the cooking grate to its position, allow it to preheat, and then carefully wipe the grates with a lightly oiled paper towel. Using a grill brush, scrape the grill grates clean, then carefully wipe with a lightly oiled towel again.

While the grill heats, cook the barley on the stovetop. Place the smoked barley in a large saucepan and add enough cold water to cover by 4 inches. Bring the water to a boil over high heat. Turn the heat to low and simmer until tender, about 25 minutes. Drain the barley in a colander and rinse briefly under cold water to cool. Drain again, shaking out the excess water.

Add the barley to the bowl with the tomatoes, along with 1/3 to 1/2 cup olive oil and vinegar. Season generously with salt and pepper and toss to combine. Add the onions, red pepper flakes, and basil and toss again. Taste and adjust the seasonings, adding more vinegar or pepper as desired.

Nestle the rounds of burrata into the barley, drizzle the cheese with olive oil, and sprinkle with flaky salt and another grinding of pepper. Serve at room temperature.

Your choice of grain:

Oats, including thick-cut and steel-cut

Prepare a charcoal grill for two-zone cooking and build a medium-high fire or heat a gas grill to high.

When the coals are glowing red and covered with a fine gray ash, remove the cooking grate and place a drip pan with 1 inch of warm water on the side with no coals, and add your smoke source (chips, chunks, or log). Return the cooking grate to its position, allow it to preheat, and then carefully wipe the grates with a lightly-oiled paper towel. Using a grill brush, scrape the grill grates clean, then carefully wipe with a lightly oiled towel again.

Place the grains in a disposable aluminum pan or atop two sheets of heavy-duty aluminum foil (crimp the edges of foil upward to create a rim and prevent the grains from sliding off).

When the fire begins to produce a steady stream of smoke, place the grains over indirect heat, close the grill, vent the grill for smoking, and smoke for 15 to 30 minutes (depending on their size, density, and the heat), until they’ve darkened a few shades, typically from the perimeter of the pan inward (which is why you want to stir them a time or two for even results). The smoking time is a general guide ans assumes an internal temperature of around 300 degrees, but if the heat in your grill fluctuates, or, say, you’re battling the elements, use your eyes and nose as a guide. If the grains are tinged with color and have a rich smoky smell at 20 minutes, pull them. If they’re still pale after 30 minutes, give them another 10 minutes over the heat.

Remove the grains from the grill and let them cool and dry completely. At this point, they’re ready to be prepared as you normally would — no need to adjust the usual cooking methods. In the meantime, store in a cool, dry place in an airtight container for up to 2 months.

Adapted from “Thank You For Smoking” by Paula Disbrowe 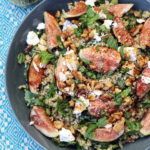 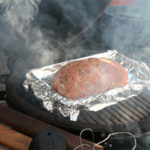 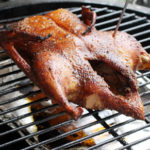 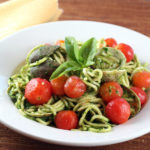 And: Smoked Linguine with Clams, Cherry Tomatoes and Basil Pesto