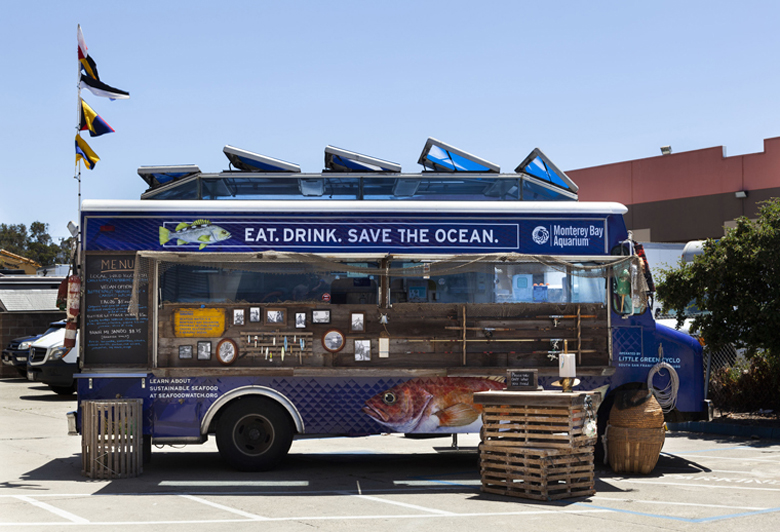 Like other food trucks, it serves up delicious fare. But it goes beyond that to offer three items that use either vegan ingredients or U.S. West Coast rockfish that garners a “Best Choice” ranking for sustainability in the Seafood Watch Guide.

The aquarium has teamed with San Francisco’s Little Green Cyclo to create the menu. You have your choice of taco ($5), butter lettuce wrap ($5) or banh mi sandwich ($8.75) filled with rockfish cooked with chili lime, tamarind or Cajun seasonings. The taco and lettuce wrap also can be filled with the vegan option of butternut squash with kale and candied walnuts. 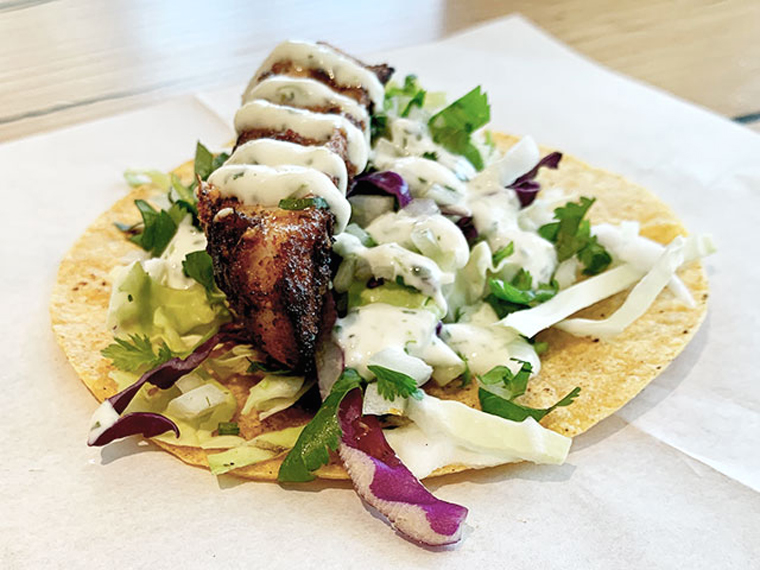 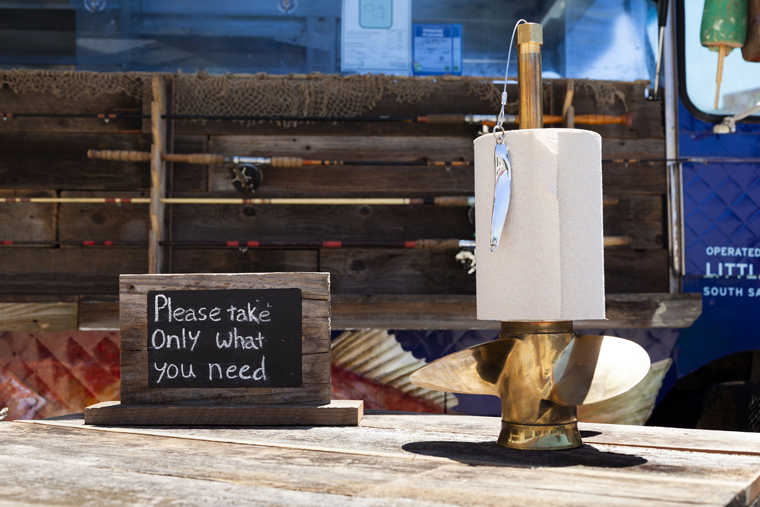 For a complete list of truck stops, which will be updated regularly, go to the schedule here.

Chef Dominique Crenn Calls For Everyone to “Wake Up!”

On the heels of getting her own wake-up call with a diagnosis of breast cancer, Michelin three-starred chef Dominique Crenn is now leading the charge to get everyone, especially those in the restaurant industry, to recognize the earth’s own environmental wake-up call by pledging to make one change to foster sustainability. 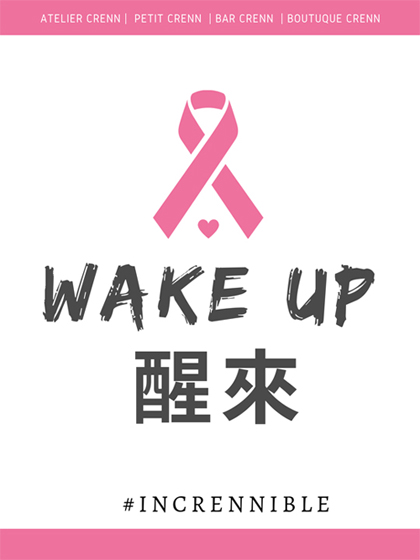 The chef-owner of San Francisco’s Atelier Crenn, Bar Crenn, and Petit Crenn is striving to be zero waste at her establishments. The #Incrennible “Wake Up” campaign has already captured the imagination of chefs around the globe, as seen in this Instagram video.

Join the movement by making your own change, whether it be forgoing the use of plastic bags, turning food scraps into compost, starting a backyard garden, bringing your own coffee cup to Starbucks, or vowing to eat less meat. Change starts small, but every bit makes a difference.

More than 50 restaurants around the Bay Area are uniting on Aug. 1 for “Abort the Ban,” a fund-raiser for Planned Parenthood to help protect women’s reproductive health and rights.

The restaurants have pledged to donate either a flat rate or percentage of sales that day.