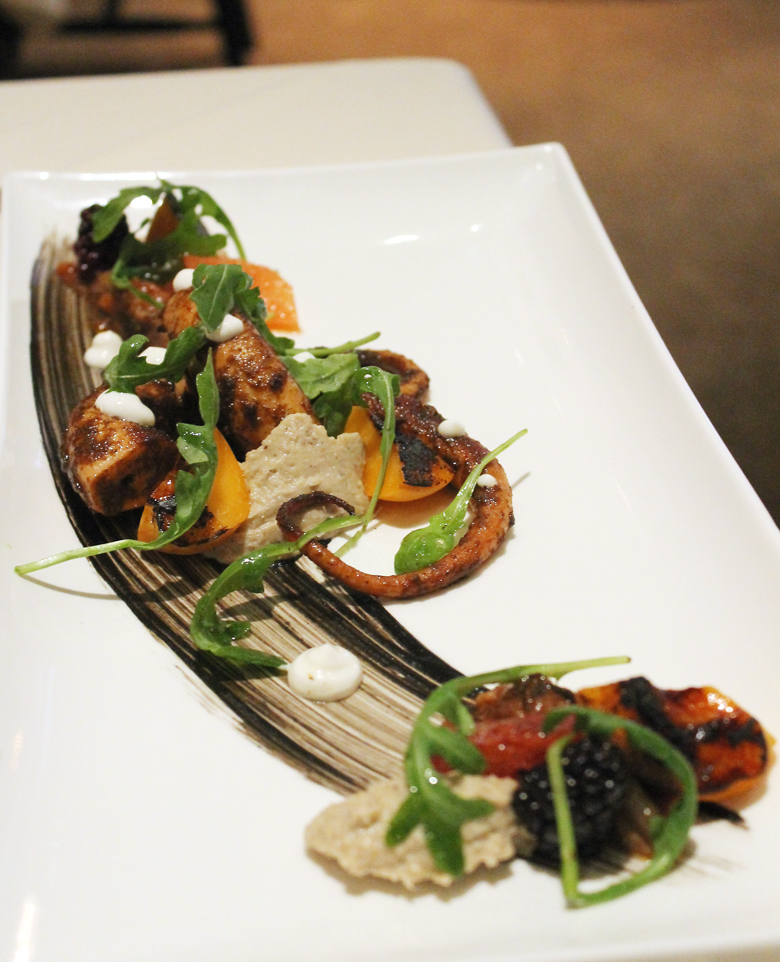 A stunning octopus dish at the new All Spice San Francisco.

Having enjoyed quite a few wonderful meals at the Michelin-starred All Spice, tucked inside a charming Victorian house in San Mateo, I was intrigued to see what Chef-Owner Sachin Chopra and his wife, Shoshana Wolff, had in store when they took over the legendary Masa’s spot in San Francisco last year.

When I learned it would be called Game, and specialize in wild game, I admit I was surprised. Not because Chopra doesn’t have the talent to pull off such a radically different turn, but because I feared it would be a hard sell among Bay Area diners who worship at the altar of local and sustainable, rather than exotica flown in from all parts of the world.

Game was intended to be playful and energetic with its surreal paintings of animals in costumes. But having visited as a guest of the restaurant when it first opened, the vibe was actually quite formal feeling with a white-jacketed host and a hushed environment. When you have a menu featuring turtle, venison, boar and a load of other meat, the place almost cries out for a bodacious dose of bold and brash — kind of along the lines of what Chef Chris Cosentino created at Cockscomb in San Francisco.

Chopra and Wolff rolled the dice with Game, but didn’t end up with a winner. However, they were smart enough to re-evaluate after a few short months. The result is the transformation of Game into All Spice San Francisco.

END_OF_DOCUMENT_TOKEN_TO_BE_REPLACED