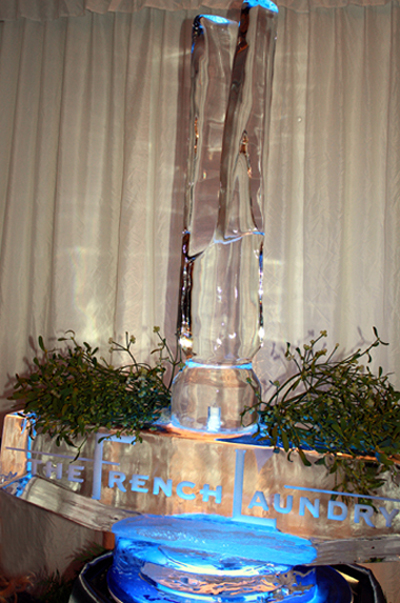 Yes, the French Laundry is the only Michelin three-star restaurant in California, and one of the hardest reservations in the country to snag.

But did you know that the tres elegant Yountville restaurant sure knows how to throw one heck of a holiday party, too?

This past Sunday afternoon under gray, threatening skies, the stone building was aglow with candles, a roaring fireplace, and gleaming white tents for its annual holiday party. Yours truly was among the throngs who gathered to enjoy the festivities.

Chef-proprietor Thomas Keller cheerfully greeted guests. Keller may be fond of Prada boots, but he donned some rather uncharacteristic footwear that afternoon that one couldn’t help but notice — real-deal red clogs. 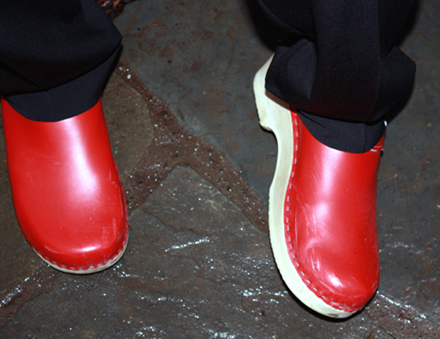 Me to Keller: “Are you pulling a Mario Batali?”

Fun was definitely in the air on Sunday. If you’re used to the serene environment of the French Laundry, this was noisy, crowded and oh-so casual. It was fun to see cooks who normally turn out exquisite “Oysters and Pearls” instead creating fluffs of pink cotton candy and truffled popcorn. 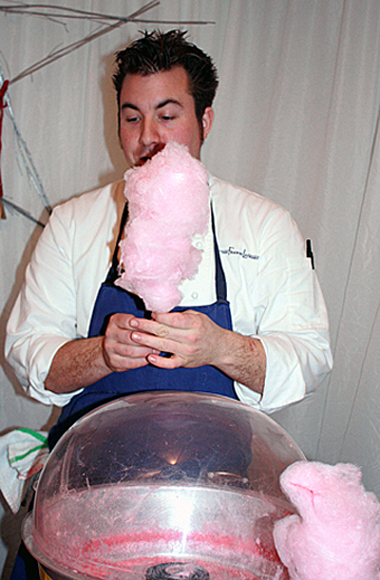 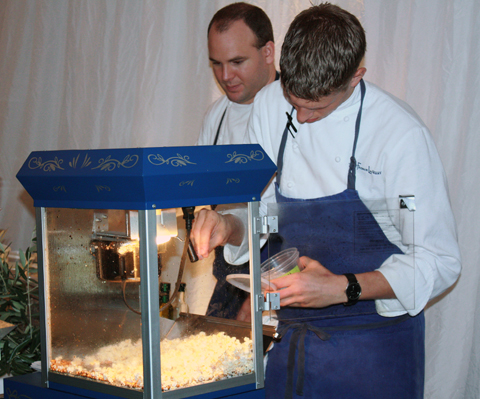 The signature salmon cornets that usually precede every dinner at the French Laundry were in attendance on Sunday, but in miniature form. 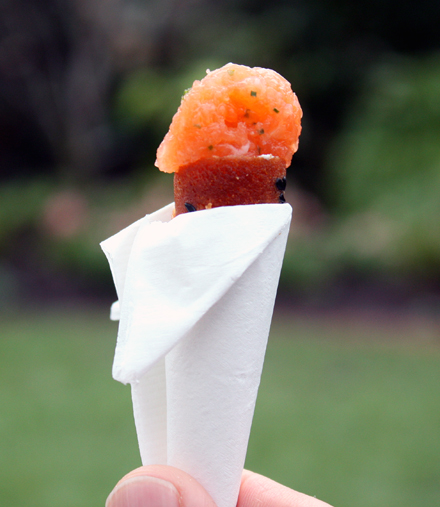 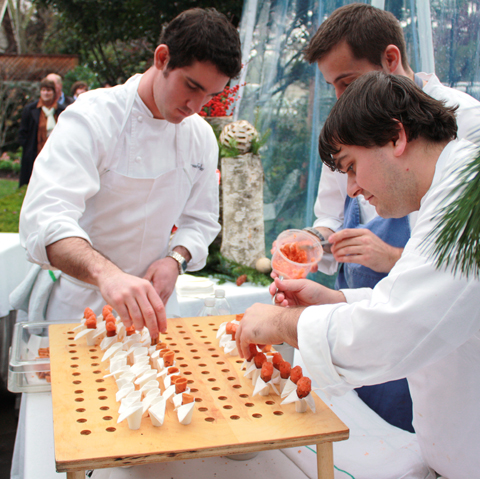 Mini versions of Bouchon Bakery’s Nutter Butter cookies and chocolate snowman cupcakes also could be found all over the restaurant, including some set around an old-fashioned gingerbread house display. 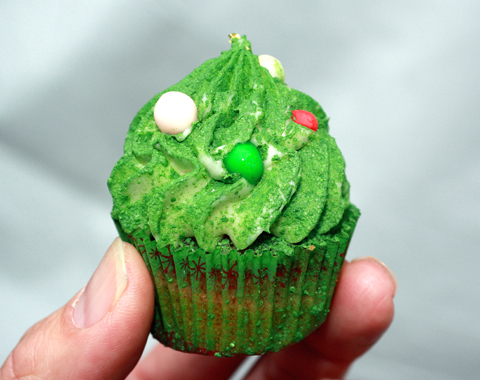 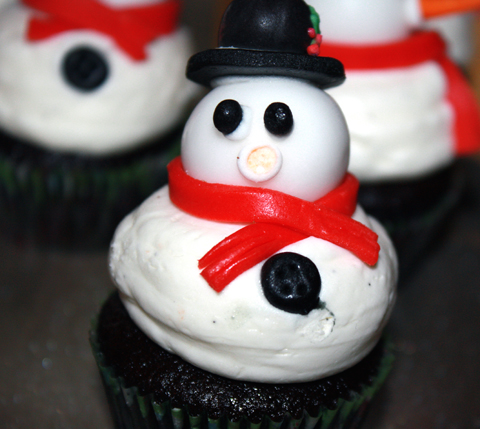 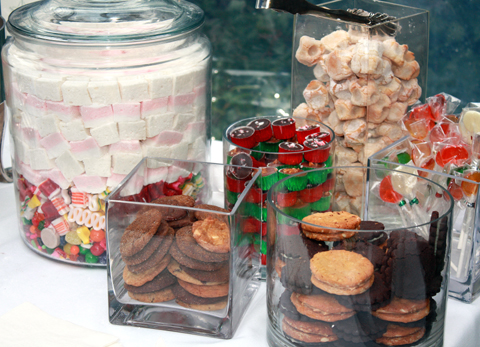 Champagne and wine flowed endlessly. Tables were laden with all manner of charcuterie and cheeses, including a sinful brie laced with black truffles. 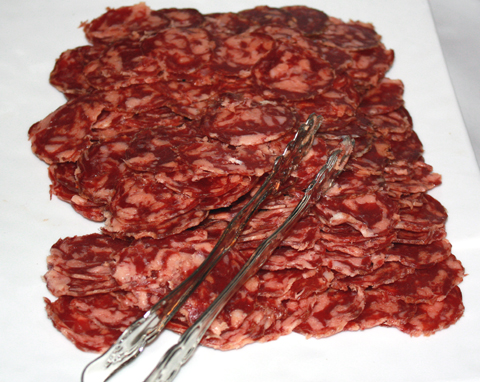 Moreover, there was a make-your-own sandwich station French Laundry-style — with soft, buttery brioche buns heaped with house-made ketchup, horseradish Dijon, velvety butter lettuce leaves from the restaurant’s garden across the street, and the most tender slices of Snake River Farms beef tenderloin. 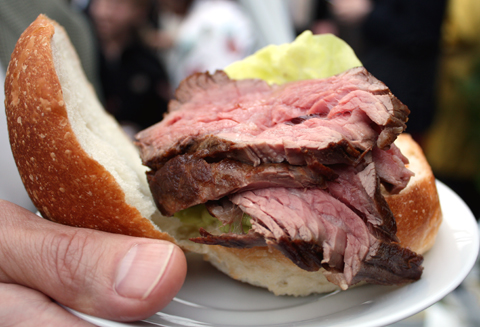 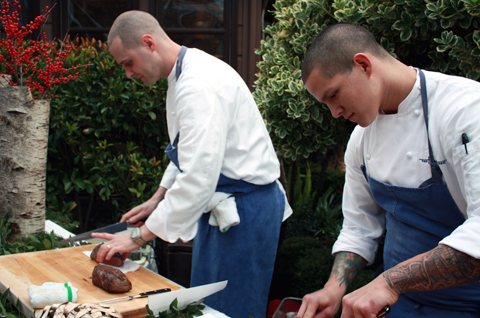 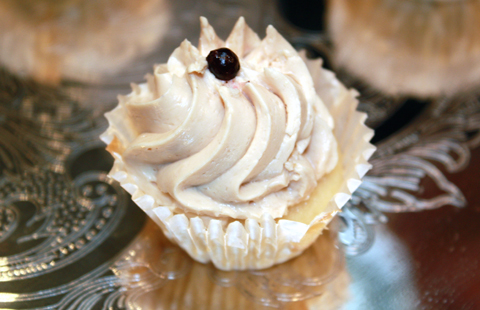 Carolers in costume set the mood with renditions of favorite holiday songs. 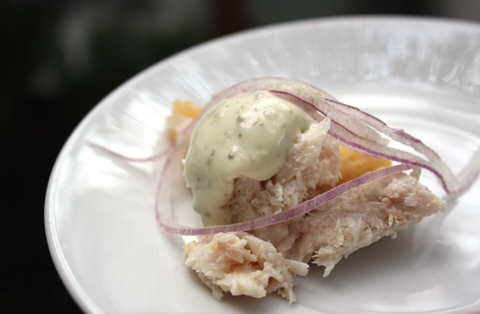 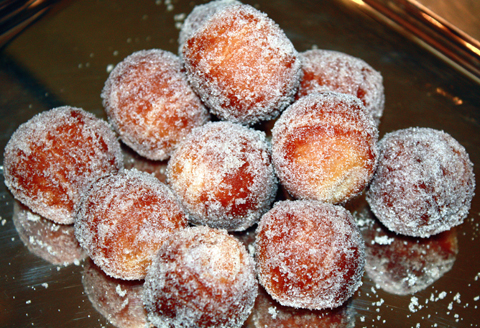 And for the kids, part of the kitchen was even turned into a do-it-yourself, cookie decorating station. 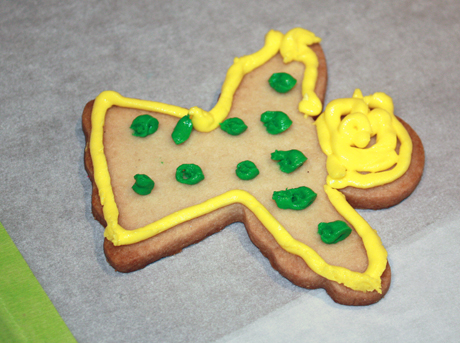 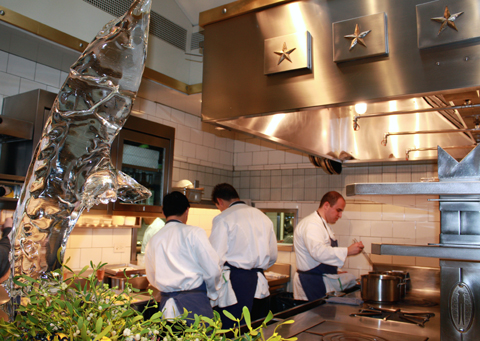 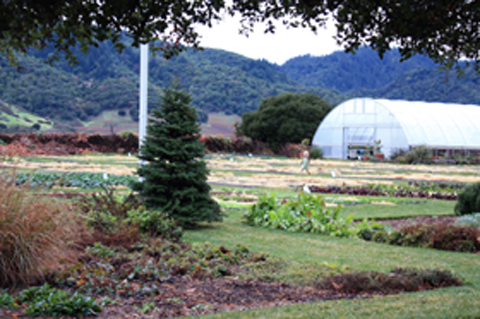 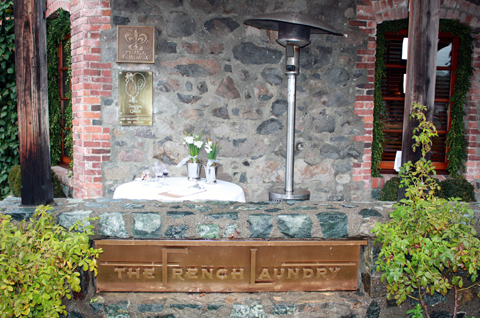 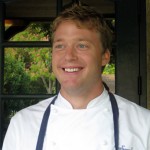