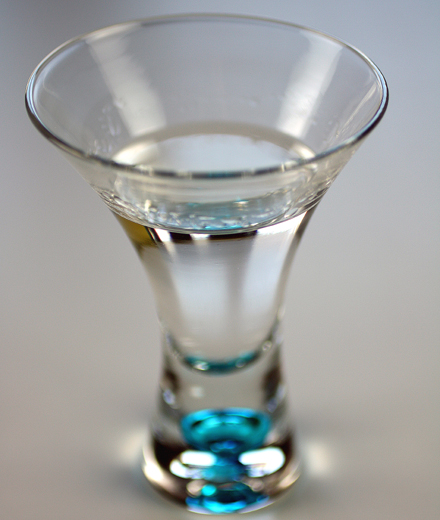 That glass above looks innocent enough, doesn’t it?

You think it might be filled with water, don’t you?

But wait until you see what happens when I add some ice to it: 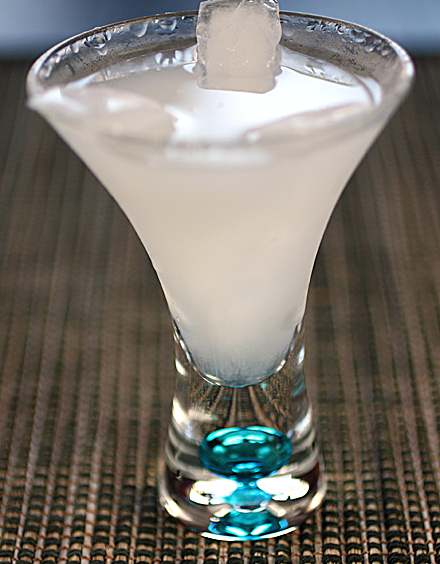 Holy moly, it turns from clear to milky white in a flash.

This far-from-innocent liquid is 106-proof Kubler Absinthe ($54). Yes, that rather mysterious high-octane spirit with the sordid history.

You might recall that absinthe had been illegal since 1912 because of supposed health concerns. It was thought that the chemical thujone, which is found in the herb wormwood (used in the making of absinthe), affected the brain. But that view has largely been debunked. Fortunately, for adventurous imbibers, the U.S. Alcohol and Tobacco Tax and Trade Bureau made it legal again in 2007.

I’ve tried a couple of different absinthes since then. But I was most eager to try the Kubler one after a 2009 New York Times taste-test ranked it No. 1 among absinthes on the market. 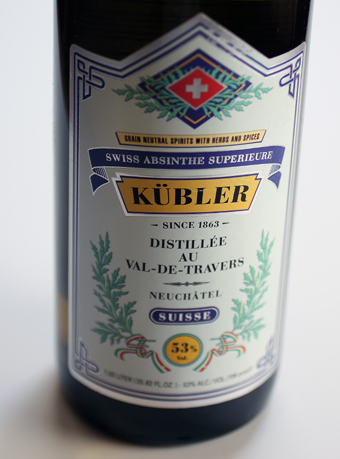 Because the spirit is so potent, it’s usually diluted with ice and sugar to mellow it a bit.

Admittedly, I am not a fan of black licorice, yet I love the taste of fresh fennel. Some absinthes are quite licorice-y tasting, while others are more floral and herbal in nature.

I tried a sample bottle of the Kubler, which has been made in Switzerland since 1875. Absinthe was invented in Switzerland in 1740 by a Swiss doctor who prescribed it to his patients. For a time, it also became banned in Switzerland. But in 2004, the Swiss government overturned that ban and the Kubler company went back into business using its original recipe.

This particular liquor is distilled with wormwood, coriander, mint, anise and fennel.

The Kubler has a pronounced medicinal, anise flavor, with the other herbs playing a much more secondary role. Indeed, it’s definitely one of the more licorice-like absinthes I’ve had. With ice, the flavor turns softer and mellower. Though still quite bold with licorice, it remains smooth and nicely balanced.

Surprise your guests with shot glasses to try at your next dinner party as I’ve done in the past. It’s definitely a conversation-starter, a spirit that few may have had, but all will remember. 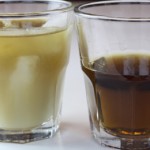 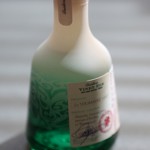 And Another: Le Torment Verte 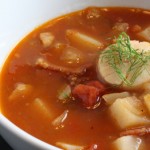 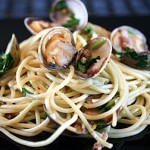