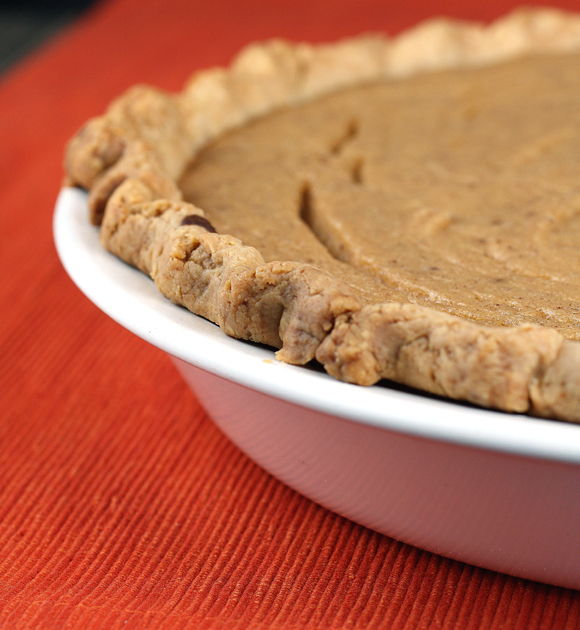 People who know me well will tell you that I’m not the world’s biggest fan of pumpkin pie.

Which, of course, makes no sense when you realize that I love pumpkin bread, pumpkin cheesecake, pumpkin cake and just about everything else pumpkin.

So, I’m always on the lookout for alternative desserts for Thanksgiving.

That’s why this “Parsnip Buttermilk Pie” caught my attention. So much so that I saved it from the Dec. 2009/Jan. 2010 issue of Fine Cooking magazine, intent on trying it this holiday season.

After all, I adore parsnips, especially when they’re just simply roasted, amplifying their sweetness and nuttiness. For the filling in this pie, parsnips are boiled, then mashed, and finally mixed with buttermilk, dark brown sugar, eggs, cinnamon, ginger, grated nutmeg and cloves. It’s poured into an all-butter crust that’s first blind baked.

After the pie is cooled to room temperature, it’s ready to serve. Or  you can make it the day before, and bring it to room temperature before cutting into slices the next day. A dollop of slightly sweetened whipped cream is a perfect crowning touch.

When you try a forkful, you know immediately that it’s neither pumpkin pie nor sweet potato pie, but something all together different. The crust is fabulously crisp. The filling has a fluffy, almost mousse-like consistency. There’s a noticeable tang from the buttermilk in this none-too-sweet pie, and then the distinctive taste of parsnips reveals itself. 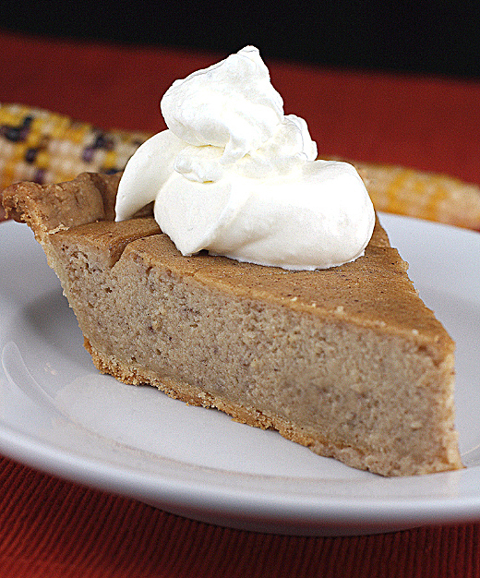 To make the crust: In a stand mixer fitted with the paddle attachment, combine the flour, butter, sugar, and salt and mix on medium speed until the butter blends into the flour and the mixture resembles a coarse meal, about 2 minutes. Mix 2 tablespoons. ice-cold water with the egg yolk in a small bowl. With the mixer on low speed, add the yolk mixture and mix until just combined. Transfer the dough to a work surface and bring it together with your hands. Shape it into a 1-inch-thick disk, wrap in plastic, and refrigerate for at least 1 hour.

Set the dough on a lightly floured surface, sprinkle a little flour over it, and roll it out into a 1/8-inch-thick circle that’s about 12 inches in diameter, reflouring the dough and work surface as necessary.

Transfer the dough to a 9-inch pie plate and gently fit it into the pan, lifting the edges and pressing the dough into the corners with your fingers. Trim the edges, leaving a 1/2-inch overhang. Fold the overhanging dough underneath itself and crimp the edges. Prick the dough all over with a fork. Refrigerate for at least 1 hour.

Position a rack in the center of the oven and heat the oven to 425 degrees.

Line the dough with foil or parchment, fill with dried beans or pie weights, and bake for 15 minutes. Reduce the oven temperature to 350 degrees. Carefully remove the foil and weights and continue to bake until the bottom looks dry and the edges are light golden, an additional 5 to 8 minutes. Cool completely before filling (leave the oven at 350 degrees).

To make the filling: Bring a large pot of water to a boil. Add the parsnips and cook until tender when pierced with a fork, 12 to 15 minutes. Drain the parsnips in a colander and let them steam under a clean kitchen towel for about 5 minutes. Return the parsnips to the pot and mash them with a potato masher, keeping the mixture rather rough. Measure 2 cups of the parsnip mash; save any extra for another use.

Purée the 2 cups of mashed parsnips and the buttermilk in a blender until smooth. Transfer the purée to a mixing bowl. With a whisk, beat in the sugar, eggs, salt, cinnamon, ginger, nutmeg, and cloves, whisking until the sugar dissolves.

To bake the pie: Pour the filling into the piecrust and bake until the top is lightly browned and a toothpick inserted in the center of the filling comes out clean, about 1 hour. Cool on a rack for at least 1 hour. Serve at room temperature with dollops of whipped cream. 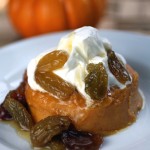 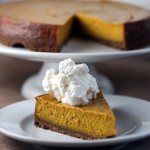 And Another: Kabocha Squash Cheesecake with Walnut Crust