Pumpkin Pie of A Different Sort 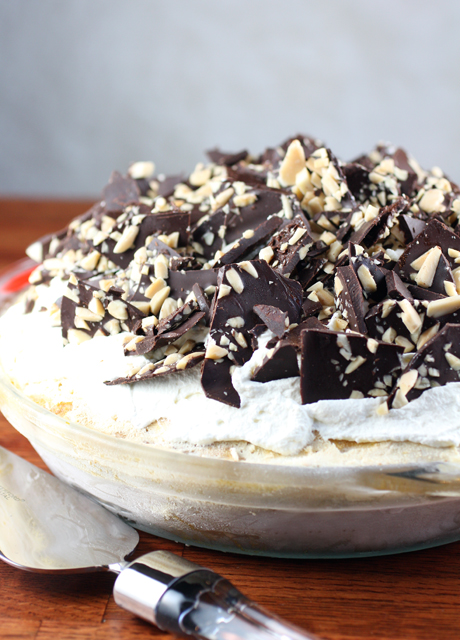 This is my kind of pumpkin pie.

Indeed, it’s made for folks like me who don’t really feel the love when it comes to traditional pumpkin pie.

I dunno, but the time-honored one has always been a little too one dimensional for me.

But “Pumpkin Swirl Ice-Cream Pie with Chocolate-Almond Bark and Toffee Sauce” is anything but that. It’s from “Bon Appetit Desserts” (Andrews McMeel Publishing) by Barbara Fairchild.

Seriously, does plain ol’ pumpkin pie even compare to that?

Best yet, you don’t need an ice cream maker because you just take store-bought vanilla ice cream and mix in the pumpkin.

Sure, the pie has a number of components. But each one is simple and can be done up to two days ahead of time. The sauce comes together easily in a saucepan, then can be cooled and stored in the fridge until ready to serve. Just warm it before using. The bark is just melted chocolate, spread on a sheet pan, then topped with chopped slivered almonds. Once the chocolate hardens in the freezer, you can rough chop it into irregular-size pieces. 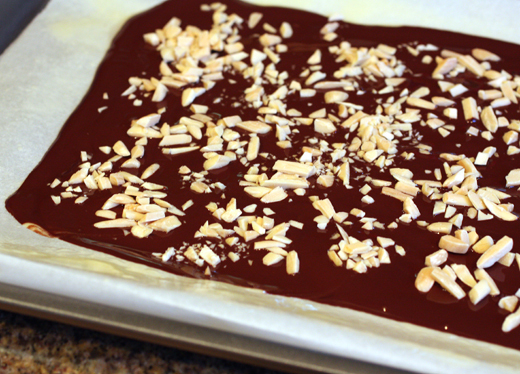 The recipe calls for two quarts of vanilla ice cream, even though you will end up with a leftover 1 cup for another use. Here’s a tip: Since so-called quarts of ice cream have experienced noticeable shrinkage in the last few years, just buy what appear to be two quarts of premium ice cream such as Haagen-Dazs. Look at the package closely and you’ll see each is only 28 fluid ounces — 4 fluid ounces less than a quart. So, two of those will equal exactly what you need for this recipe with no leftovers.

I used cinnamon graham crackers for the crust, but feel free to use plain ones if you prefer.

Dig into Thanksgiving with a pumpkin pie that’s different from the rest. 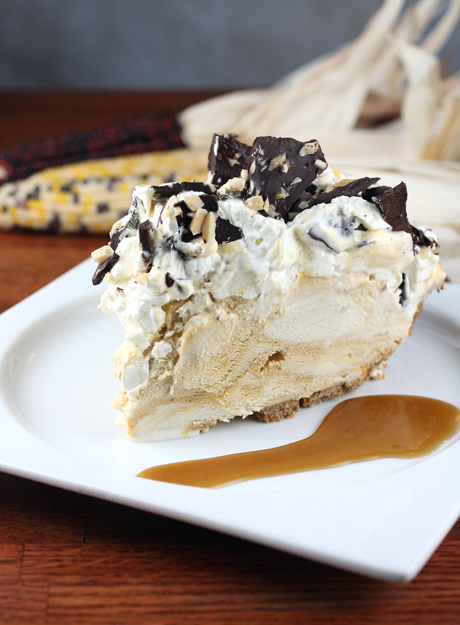 Do ahead: Can be made 2 days ahead. Keep frozen.

Do ahead: Bark can be made 2 days ahead. Keep frozen.

Do Ahead: Sauce can be made 2 days ahead. Cool, cover and chill. Rewarm before serving.

Cutting Tip: To cut the cleanest slice, dip a chef’s knife into hot water, wipe it dry, and then cut a piece of the pie. Continue dipping and wiping the knife between each slice. 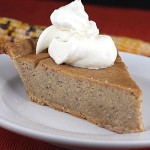 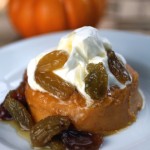 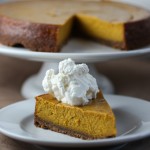