QUEBEC CITY, CANADA –It’s easy to build up an appetite, strolling around this historic city in the chill of winter. And one of the best and most fortifying meals I had on my trip to this capital city was at the artsy Panache restaurant.

The restaurant is located inside the luxe Auberge Saint-Antoine hotel, just steps from the edge of the St. Lawrence River in the old port district. Indeed, in the 1800s, the impressive stone building served as a maritime trading center for glassware and tableware merchants. During the construction of the hotel, plates, vases and other pottery were unearthed, which are now carefully displayed throughout the hotel. Even the hotel room numbers have little antique chunks of porcelain highlighted next to them.

My fellow food writers and I — all guests on this trip courtesy of Quebec City Tourism — had the pleasure not only of dining at the restaurant one night, but eating in a private room with the chef, Francois Blais, during what would be his last week at the restaurant. Blais, who opened the restaurant eight years ago, felt it was time for a change. But don’t be surprised if he opens his own, more casual restaurant in Quebec in the near future. Blais has been a pioneer in Quebec City when it comes to sourcing local ingredients within 100 miles from small family producers and championing sustainable seafood. The dinner was testament to that dedication.

It included pillowy gnocchi smothered with locally foraged wild mushrooms, as well as polenta-crusted calf sweetbreads that were as big as my palm. The centerpiece was a locally raised, seven-week-old piglet that was spit-roasted and served with an assortment of root vegetables from the restaurant’s all-organic farm on the nearby Ile d’Orleans. Accompanying the succulent pork was a sauce made from cranberries, grown locally and among the plumpest we’d ever seen. A representative from Nutra Fruit, a Quebec City company that produces cranberry products, explained why their dried cranberries, in particular, are so huge compared to the piddly, shriveled ones we usually find in American supermarkets. Most of those, he says, are dried after they have been juiced and sliced. Nutra Fruit’s dried cranberries, on the other hand, are whole, un-juiced berries that are dried. These are so delectable and satisfying that they’re a true pleasure to nosh on just plain out of hand.

Another restaurant not to be missed is the famous Le Saint-Amour, which was just named “best restaurant of the year” by Guide Debeur 2011. The restaurant has been around since 1978, but its cuisine continues to innovate and push the envelope. 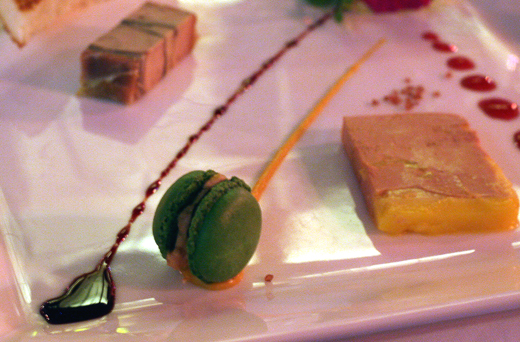 Just consider the duck foie gras plate we enjoyed. The restaurant is known for its foie gras dishes. This one included the decadent liver not only in a terrine, and pressed and seared, but sandwiched inside a matcha macaron, of all things. And yes, it actually worked, with the subtle sweet-bitter notes of the crisp cookie playing off the rich foie cream inside.

A palate cleanser of “Dark Valrhona Chocolate Consomme” had us all talking. The tiny warm little glass of liquid arrived at the table looking for all the world like weak tea, but the flavor was that of a intense dark chocolate bar. It was astounding. Think of tomato water, which is clear but carries the potent flavor of a perfect tomato, and you get the idea.  Chef Jean Luc Boulay makes the consomme in a time-consuming process that involves combining water and chocolate that’s eventually strained through cheesecloth. More than that, he didn’t want to divulge, unfortunately.

Brewski lovers will want to visit Korrigane Brasserie Artisanale, a brew pub that opened just last summer that makes some quite unusual beers, including seasonal ones brewed from whole blueberries or pumpkin. I became a fan of the latter, especially for its smoky flavor. 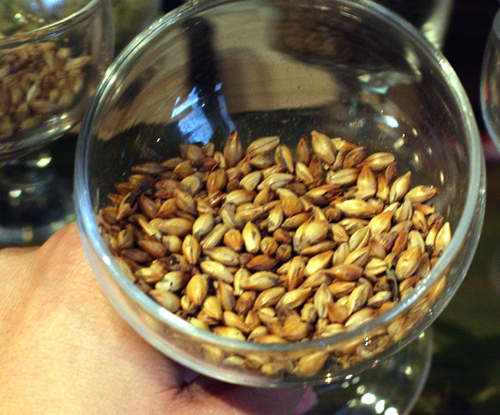 We spent an afternoon sampling the beers — which are not bottled and available only at the brew pub — while happily nibbling on an assortment of local charcuterie and sweets we had picked up at nearby gourmet food shops. 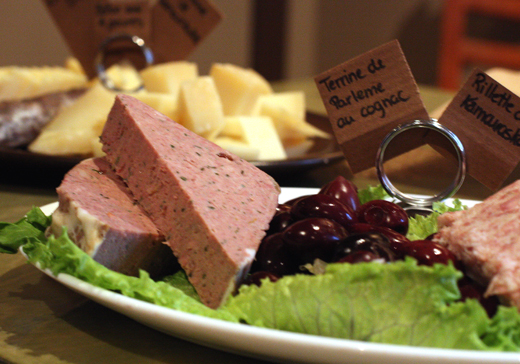 Quebec boasts three culinary schools, all of which operate restaurants that are open to the public. We had a chance to visit Ecole Hoteliere de la Capitale, the largest of the schools, where we met Suzanne Sylvester, a chef-instructor, who used to work in the United States at Tra Vigne and Domaine Chandon, both in California’s Napa Valley. American-born, she moved to Quebec 17 years ago, after meeting her husband, a French pastry chef. With the price of elite culinary school programs in the United States costing as much as a year at Harvard, it was remarkable to hear that tuition for this school is a mere $200 per year. Currently, there are about 400 students enrolled in the year-long program.

Lunch is a bargain, too. You can enjoy three courses with a glass of wine for all of $10 per person. Our repast included a lovely seafood salad over grilled pineapple, and a hearty lamb stew braised with local apples. 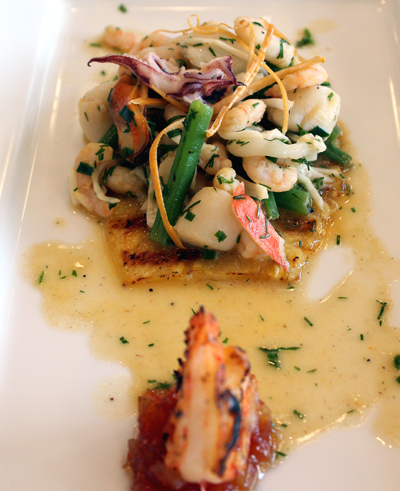 If you can’t make it to Quebec anytime soon, you can still enjoy a taste of this distinctive city from one of our guides, who kindly provided us with the recipe for an age-old, winter-time libation known as the “Caribou.” Back in the day,  this drink was a mix of alcohol and caribou blood. Thankfully, the modern version appeals more to today’s palate, with red wine replacing the blood.

Although some versions call for brandy or port, this one requires just a bottle of red wine. Enjoy two glasses from it. Then, fill the empty void in the bottle with vodka or Everclear, along with 2 tablespoons of maple syrup and a cinnamon stick. Shake the bottle every day for three weeks, then enjoy. Sante! 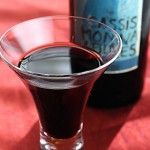