Eating My Way Through Montreal in the Fall, Part II MONTREAL, CANADA — One of the best meals I had in this city wasn’t where I thought it would be. It wasn’t in some storied white-tablecloth establishment that had been around for generations. Nor was it in some hip, counter-culture cafe headed by the latest bad boy-chef.

No, it was inside a museum, of all places.

The Musee D’Art Contemporain de Montreal boasts an impressive collection of modern Quebec art. It also has a restaurant worth seeking out, thanks to its young, self-taught chef, Antonin Mousseau-Rivard.

That Mousseau-Rivard is a chef at a museum is only apropos. After all, his grandfather, Jean-Paul Mousseau, was a famed artist whose works are part of the museum’s permanent exhibit, “A Matter of Abstraction.”

What the younger Mousseau-Rivard puts on the plate is equally a work of art — not only in looks, but in flavor and imagination.

Our group of food writers, hosted on this three-day trip to Montreal by Tourisme Montreal, were fortunate enough to enjoy a special tasting of his dishes during the museum’s Friday Nocturne. Held the first Friday of each month, from 5 p.m. to 8 p.m., it’s a convivial event at the museum that features exhibitions, live music, and wine and cocktails.

We knew we were in for a memorable time from the first dish put in front of us: New Brunswick steelhead trout cured with maple sugar and salt, then cooked at 62 degrees Celsius, leaving it silky, buttery and rich as confit. It was dolloped with Spanish herring caviar, house-made yogurt and what looked like an actual green sea sponge, but was really an inventive dill-infused cake made in the microwave. Think the classic combination of smoked salmon with dill and creme fraiche. Those were the flavors that were evoked but in a wholly new, sublime way. 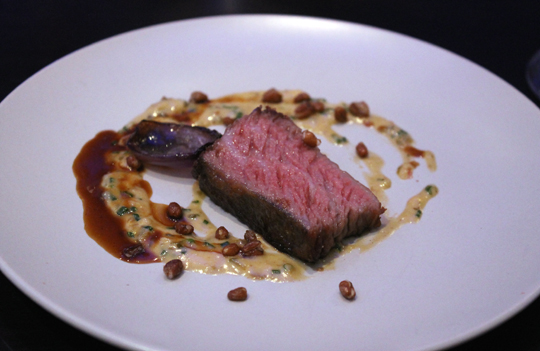 Next, marinated honey mushrooms in foie gras oil with a seared scallop — all underneath a creamy butternut squash foam. Celery leaves added a burst of freshness to this treasure-trove of intense flavors.

Finally, short ribs cooked for 72 hours paired unexpectedly with grilled onions, puffed spelt and sauce gribache, a creamy French mayonnaise-like sauce of hard-boiled eggs, mustard, cornichons and capers more typically served with chicken or fish. A rich sauce paired with a rich meat? You bet. It worked amazingly well without ever being too much.

Another destination dining spot is Chez Victoire, a Quebec farm-to-table establishment popular with locals for its organic, local and sustainable cuisine.

When you walk into the restaurant, you’ll spy a small refrigerator case near the bar of hanging sausages. Do order the charcuterie, as you won’t be disappointed. That day’s selection comes presented on a wood board. There’s bresola, coppa, pork terrine and duck sausage — all of it top-notch. 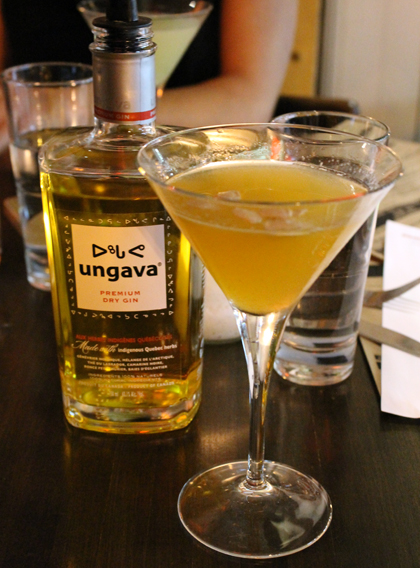 To go with it, a pumpkin martini made with gin and house-made pumpkin syrup.

Next, lamb tartare that has a pure meaty taste without being gamey, that you’ll want to spread on all the bread before you. 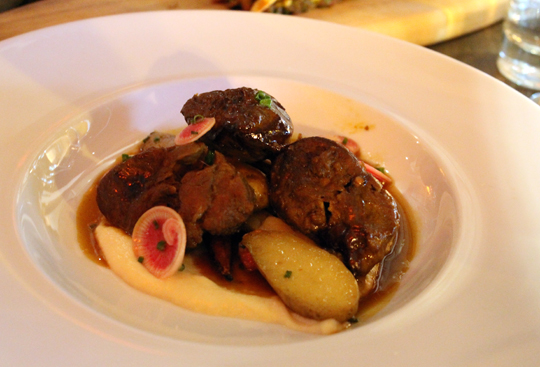 Finally, an entree of  braised pork cheek that’s fork-tender alongside fingerling potatoes and celery root. There’s a little bit of bacon for good measure, too.

Of course, you can’t travel to Quebec without indulging in its famed poutine — a mountain of french fries smothered in cheese curds and gravy. It’s a meal and then some. Basically, you don’ t have to eat for two days after devouring an entire poutine, especially if you were to somehow manage to down the 5-pound poutine at Poutineville. 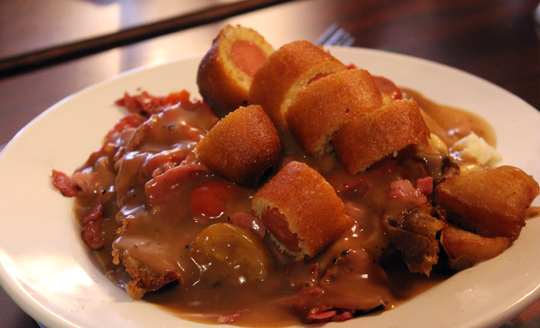 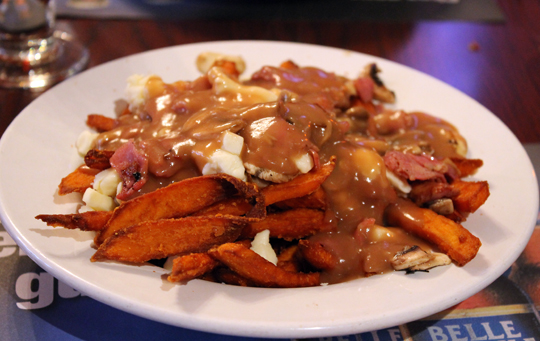 None of us dared order that, though, we did have a grand time at this year-old restaurant, where you can even concoct your own poutine from a host of ingredients, including corn dogs, chicken wings and a spicy “911” sauce.

My creation? A bed of sweet potato fries blanketed with mushrooms, Montreal smoked meats, cheese curds and red wine sauce. It was surprisingly delicious. I especially liked the subtle sweetness the sweet potatoes lent. Of course, I managed to finish only a third of it before waving the white flag.

Whatever you do on your travels to Montreal, do save room for a bagel. Montreal bagels are as revered as New York ones. The Canadian ones are quite different, though. They’re smaller and thinner, and not as dense in texture, but rather chewy and light from eggs and the city’s soft water. They’re sweeter, too, as they’re boiled in honey-water. And they have a fantastic smokiness to them, having been baked in a wood-fired oven. The two most famous bagel shops in Montreal are both open 24 hours a day. Fairmount Bagel, which has been around since 1949, and La Maison du Bagel (also known as St. Viateur, established in 1957.  The bagels made by the latter taste a little sweeter than from the former. Enjoy a fresh, still-warm sesame bagel with nothing else on it and you will be one happy camper. Montreal also has its version of a New York deli. Schwartz’s is justly world-famous for its smoked meat. Founded in 1928 by Reuben Schwartz, a Jewish immigrant from Romania, it’s now owned by a group of investors that includes the pride of Montreal, Celine Dion.

It takes 10 days to make this specialty meat, as it’s marinated in a secrete blend of spices for that length of time. Picture pastrami that’s been long-smoked, but then steamed. The result is fall-apart tender meat with ripples of fat that aren’t chewy, but melty. Oh my. The sandwiches are huge. But just try to refrain from eating the entire thing before happily giving in. 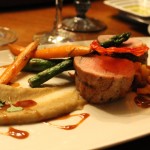 Yesterday: Eating My Way Through Montreal in the Fall, Part I 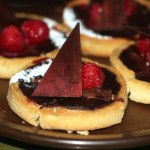 And: A Visit to Quebec City 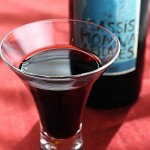 And: A Visit to Ile d’Orleans in Quebec