A British Columbia Mussel Flexes Its Muscle in the Bay Area 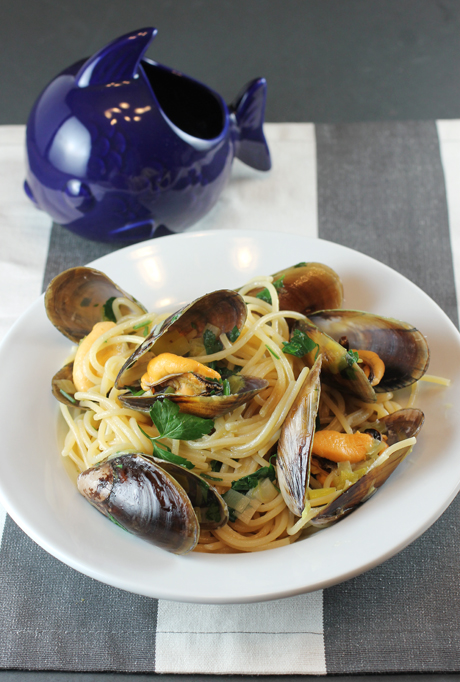 There’s a new mussel in town.

And is it ever extraordinary.

You can’t find it in retail stores yet. But you can enjoy it at some of San Francisco’s most discriminating restaurants, including Rich Table, Bar Tartine, Parallel 37, Foreign Cinema, and Ragazza.

The Honey Mussel is so named because of its amber-hued shell. It doesn’t taste of honey per se, but there is a hint of natural sweetness about it. It’s also impressively sized — with its meat taking up almost the entire interior of the shell. Even after cooking, there’s little shrinkage, as I found when I had a chance to cook a sample at home in a simple pasta dish. Indeed, it’s probably the plumpest, most tender mussel I’ve had the pleasure of eating.

Honey Mussels are farm-grown and hand-harvested in Canada. Dale Williamson, owner of British Columbia Mussel Co., originally grew the common mussel varieties of Atlantic Blue and Mediterranean. But when he tried growing this new variety of mussel, developed through selective breeding, he was amazed at the results, as were the chefs he convinced to try it. 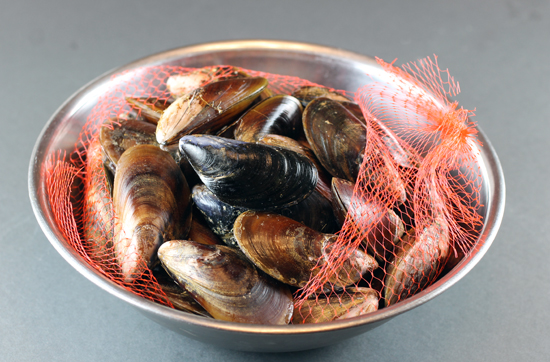 Charlie Trotter’s restaurant in Chicago served them for a year before closing its doors. Amali in New York put them on the menu, as did other restaurants in Manhattan and Boston. Eataly in New York also sells them.

Now, they’re making their way to the Bay Area. This is one invasion you don’t want to miss. If you spot Honey Mussels on a menu, do give them a try because they are a real find that will leave you spoiled for any other mussels. 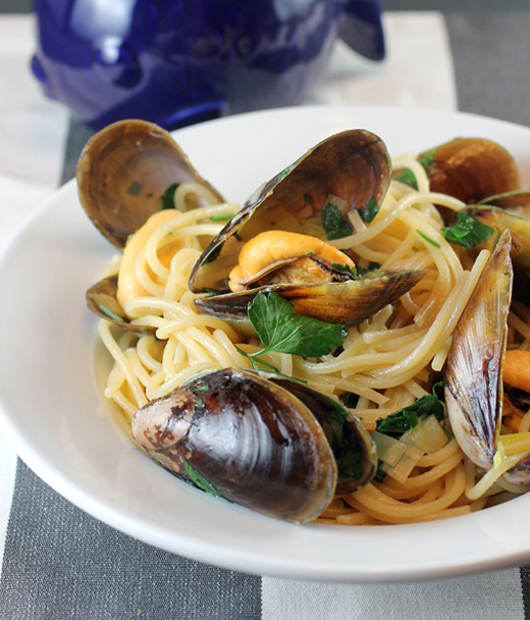 Up close with a Honey Mussel.

Put a big pot of salted water to boil on the stovetop for the pasta.

In a large saute pan or dutch oven on medium heat, add a little olive oil. Saute leeks and garlic until softened, stirring frequently. Add white wine and the mussels; put a lid on the pot and turn the heat up to high. Allow to cook for about 8 minutes, shaking pan occasionally, until shells open.

Meantime, cook the pasta according to package directions. Just before it reaches the al dente stage, drain pasta, reserving about 1/2 cup of the pasta cooking water.

Return drained pasta back to the pot. Add the mussels and their juices. Add parsley and black pepper to taste. Cook on medium heat for a minute, stirring to combine. Add a little of the reserved pasta cooking water to help loosen up the mixture, if necessary. Drizzle on a little more extra virgin olive oil to finish, and serve immediately.

Note: Some might prefer to pick the cooked mussels out of their shells before tossing with the just-cooked pasta. But the shells are so pretty, why not leave them in to ogle?