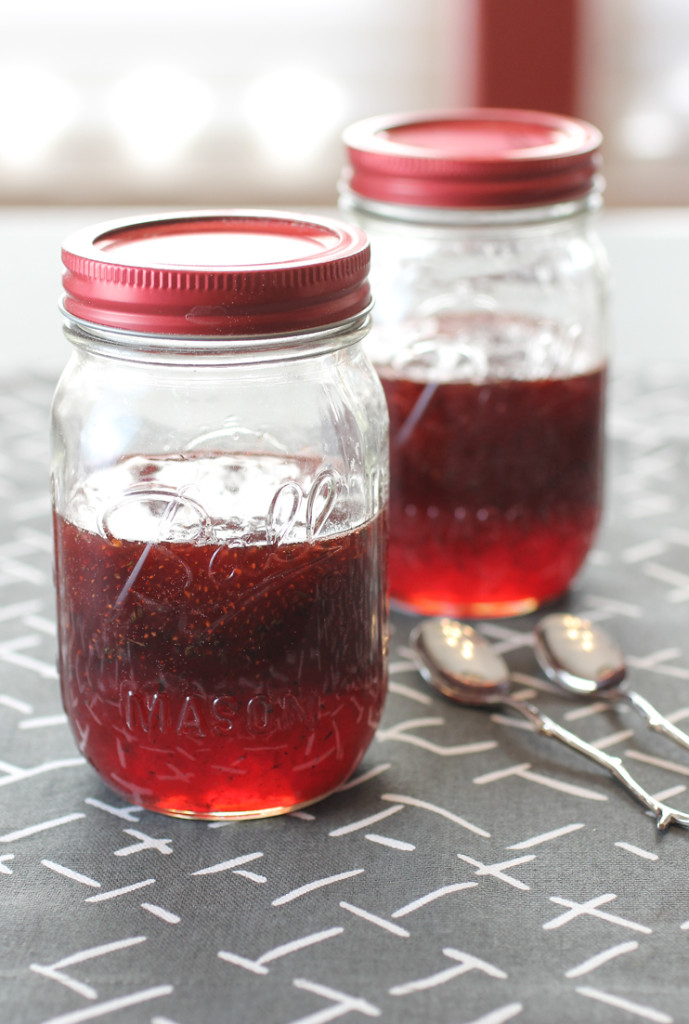 For years, I’ve suffered from a malady.

One that I’ve shamefully hidden, glossed over and tried to ignore.

There, I said it.

I am one who has never canned.

Oh sure, I’ve made jam. And I’ve made pickles. But all ones that could be easily stored in the refrigerator or freezer.

Petrified that I’d end up killing friends and family (or at least making them deathly ill), I’d never had the nerve to water process the jars to attempt to make them shelf-stable instead.

When the nice folks at Jarden Home Brands, maker of Ball brand canning products, cajoled me into finally doing it by providing a free set of jars, a canning rack and a recipe book.

So, over the weekend, I actually canned. Real canning. I made strawberry-rosemary jam, water-processed the jars, carefully opened one of them the next day to spread the glossy preserves on a toasted English muffin, took a blissful bite, and lived to tell about it. Whew. And you know what? It was so easy that I could kick myself for being such a wuss about it in the first place.

I adapted an “Heirloom Strawberry Preserves” recipe from the “Ball Blue Book Guide to Preserving” by adding a little fresh home-grown rosemary to it because I love the resiny-foresty back note it provides to sweet berries. I also made only half the recipe. Hey, baby steps, baby steps, OK? 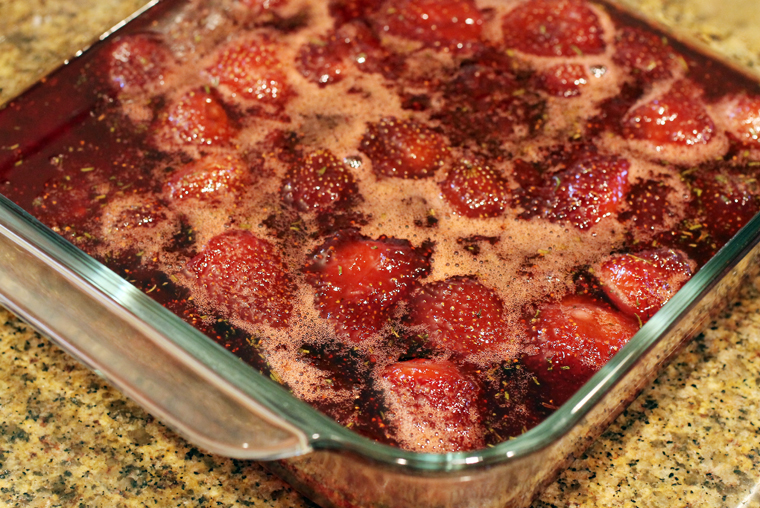 Pouring the boiled fruit into a pan to cool in the refrigerator overnight.

After buying some fresh strawberries from one of my favorite vendors at my local farmers market, I followed the simple directions in the recipe to macerate the berries in a load of sugar, boil the mixture, refrigerate it, boil it again, pour it into jars, then carefully place them into a rack that I lowered into a stockpot of boiling water. The filled jars arranged inside the canning basket. 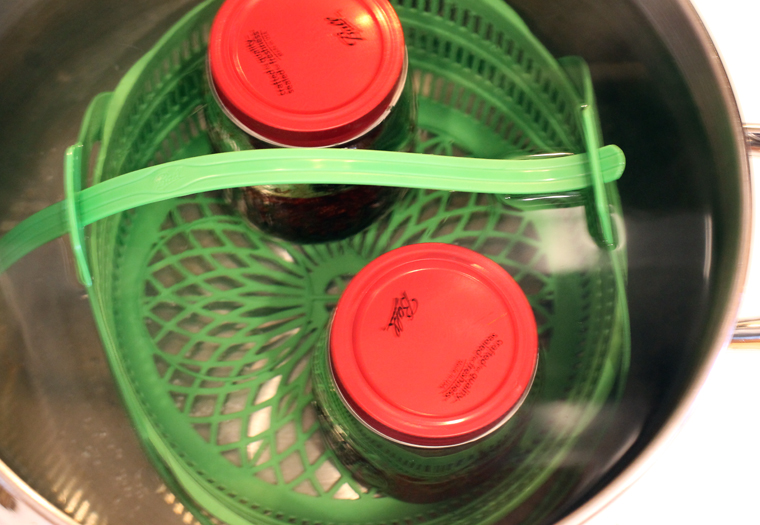 Basket and jars lowered into a big pot of boiling water.

After boiling them for the requisite 20 minutes, the jars were removed from the pot to cool. To test whether the jars sealed properly, all you need do is tap the center of the lid. If it doesn’t give at all, then the seal took. If it does flex, the jar did not seal properly, so just store the jar in the refrigerator instead.

This beautiful garnet jam is such a perfect way to treasure a taste of summer long after it’s gone that I’ll definitely be making it again.

Next time, I’ll make the whole recipe, too. Because, proudly, I’m a can-o-phobe no more.

CONTEST: One lucky Food Gal winner will win a coupon for a free case of Ball canning jars. They’re perfect to capture the essence of the season. Even if you don’t can or preserve, they also make great serving or storage vessels for all manner of foods or craft or household items such as buttons, nails or pennies.

The give-away also commemorates the fifth annual Can-It-Forward Day on Aug. 1, which celebrates the joys and deliciousness of preserving. Join in the fun with by watching an online broadcast at FreshPreserving, 9 a.m. EST Aug. 2.

Entries for the Food Gal contest, open to those in the continental United States, will be accepted through midnight PST Aug. 3. Winner will be announced Aug. 5.

You’ve already heard my canning confessions. Tell me about a memorable experience you had canning or why you want to start canning now for the first time. Best answer wins.

Cook: Combine strawberries and sugar in a medium saucepan. Let stand in refrigerator 3 to 4 hours. Add rosemary to the mixture, bring to a boil, stirring until sugar dissolves. Add lemon juice. Boil over high heat until strawberries are slightly translucent and syrup is thick. Ladle preserves into a shallow pan. Let preserves stand in refrigerator 12 to 24 hours. Stir occasionally to distribute strawberries throughout syrup. Cook strawberries and syrup in a medium saucepan until hot throughout. Remove from heat. Skim off foam if necessary.

Fill: Ladle hot preserves into a hot jar, leaving 1/4-inch headspace. Remove air bubbles by gently pressing on the contents inside the jar with a small, clean spatula.. Clean jar rim with a clean cloth. Center lid on jar and adjust band to fingertip-tight. Place jar on the rack elevated over simmering water (180 degrees Fahrenheit) in a boiling-water canner. Repeat until all jars are filled.

Note: This is a half recipe. To make the full recipe, just double the amounts shown above, and use a large, rather a medium-sized, saucepan. 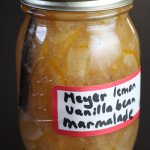 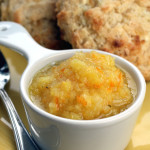 And: Meyer Lemon-Orange Marmalade with Thyme, Made in the Microwave 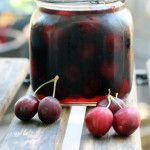 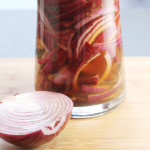 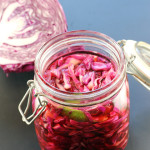 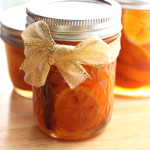