“Sunday Morning Masala Omelet” is by Floyd Cardoz, the celebrated New York chef who was the consulting chef on the movie. It’s a favorite breakfast dish that he’s long made for his family.

This recipe, which he says is only slightly different from the one in the movie, is from his new cookbook, “Flavorwalla” (Artisan), of which I received a review copy.

Although Cardoz has helmed several restaurants, these dishes are geared for the home kitchen. There are weeknight dishes of “Flank Steak with Thai Salad” and “Shrimp with Spicy Tomato Sauce.” And dishes designed just for two, such as “Spiced Chicken Soup with Chickpea Noodles” and “Eggs Poached in Tomato Curry.”

The omelet recipe calls for extra large eggs. Since I typically only have large ones at home, I used three large eggs per omelet. Cardoz uses a “medium” nonstick pan for his omelets. I wasn’t quite sure what size that actually was, so I went with my 8-inch nonstick pan.

I was surprised by the long cooking time — more than 15 minutes. This is not a runny French-style omelet, but decidedly drier and cooked through completely. But if you like your omelet softer, feel free to cook it for less time. Just be sure it sets enough on the bottom, though, so you can flip it over easily to finish cooking.

One bite had me straightening up in my chair just like madam. This was one of the most flavorful omelets I’ve ever had, with a musky-earthy depth from the turmeric and a bit of spicy flair from the chile.

It would make any Sunday morning more special. But I can see eating this for dinner, too, with a green salad or even better with a bowl of steamed rice for the ultimate comfort pairing. 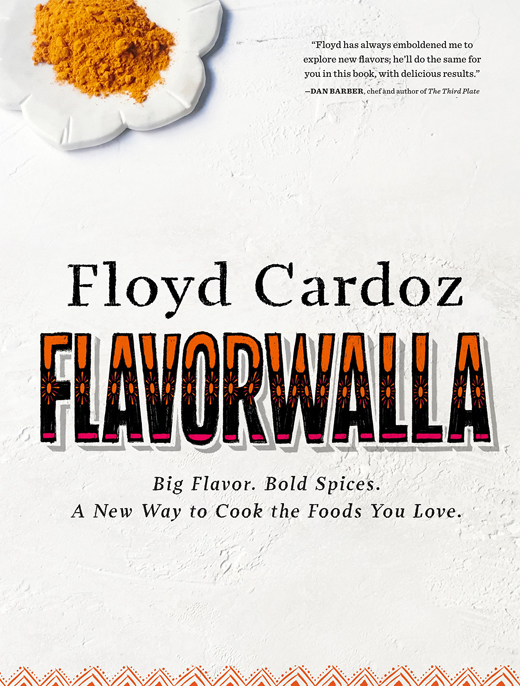 In a large bowl, combine the tomatoes, onions, cilantro, chile, turmeric, cayenne, and salt and black pepper to taste and mix well. Divide into 6 equal portions.

In a small bowl, combine 2 eggs and one portion of the vegetable mixture and mix well with a fork. Heat 1 1/2 teaspoons of the oil in a medium nonstick pan over medium heat. Add the egg and vegetable mixture and spread evenly. Reduce heat and let the eggs cook until set, about 15 minutes.

Increase the heat and flip the omelet in the pan. (Or, if it’s easier, just fold it in half.) Cook until firm, 2 to 3 minutes. Transfer to a plate and serve.

Repeat with the remaining eggs, vegetables, and oil, serving each omelet as soon as it comes out of the pan.

Note: Cooking time for the first omelet will be 15 to 20 minutes, and about 10 minutes for each subsequent one. If you like your eggs a little softer and not quite so dry, cook each omelet for fewer minutes.

Adapted from “Flavorwalla” by Floyd Cardoz