Following the original eatery’s success, they joined forces with another South Bay couple, Mistie Cohen, who owns the EyeSpy Critiquing & Consulting company in San Jose that trains incognito diners to evaluate restaurants, and her husband David, a chef.

Many of the ingredients are imported from Israel, too.

I had a chance to check out the new Cupertino restaurant, when I was invited for “friends and family” night prior to its opening.

While the Palo Alto and Mountain View locations are pleasant looking, they pale in comparison to the Cupertino one. There is some serious bling here, what with a massive crystal chandelier, along with plenty of trendy reclaimed wood, and boutique-like, tufted blue-gray banquettes. Think Restoration Hardware rustic-chic. Yes, all this for a hummus place. 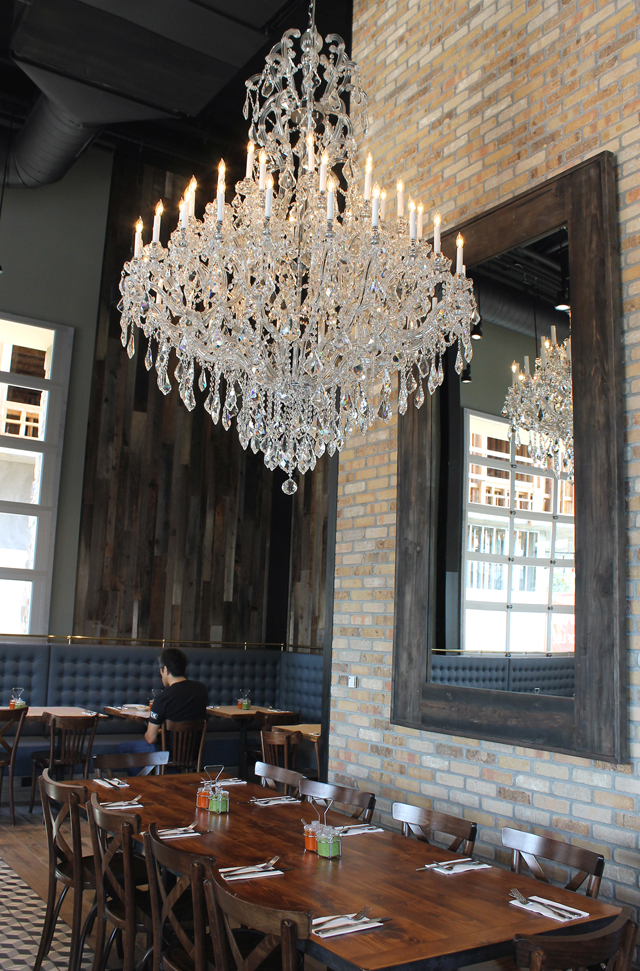 The food is as good as ever. Plus, the menu has been expanded with some new items.

As always, right when you sit down, a small bowl of Israeli cabbage slaw comes to the table for noshing. It’s mild, not overpoweringly tart, and with good crunchiness.

Of course, you must order hummus. You. must.

One of the new offerings is a bowl of hummus topped with braised lamb shoulder and fresh mint ($12.50). It is dynamite. Tear off a piece of the warm, fluffy, house-made pita (white or wheat or gluten-free) and go to town, scooping up a big glob of the ever creamy and rich hummus along with the tender, fall-apart shreds of lamb. If this doesn’t put a smile on your face, I don’t know what will. 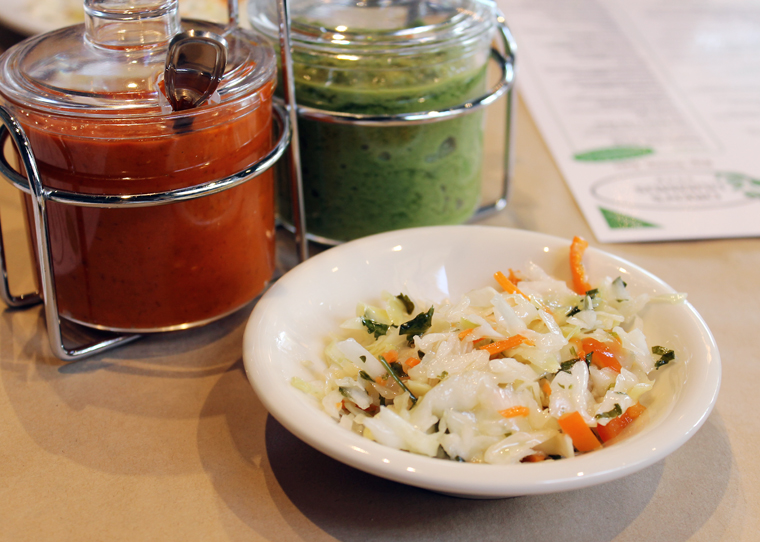 Complimentary slaw, and house-made hot sauces (the green one is hotter). 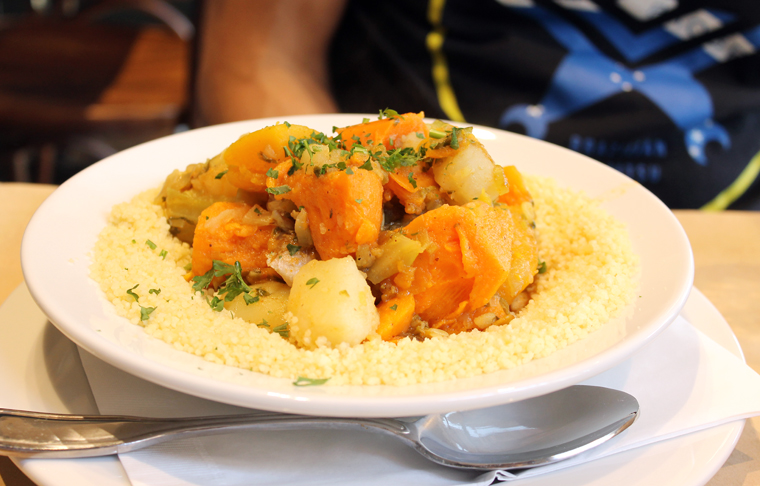 My husband opted for the couscous ($12.50), a sizeable bowl of the semolina pearls heaped with chunks of chicken, carrots and potatoes. It’s a very homey dish.

I was in a grazing mood, so I ordered three sides ($11.95): the falafel, the new chunky eggplant, and the new “untraditional tabule.”

Oren’s makes some of the best falafel around, not as dense and dry as so many others, but moist and tender. The chunky eggplant is served cold. The eggplant pieces are stewed with sweet tomatoes and garlic, making it irresistible. It’s also great heated up the next day if you happen to take leftovers home like I did. The “untraditional tabule” has been California-ized with the additions of kale and corn kernels to the traditional bulgur, cucumbers and red onion. It’s a salad you want to take to every picnic and backyard barbecue gathering. 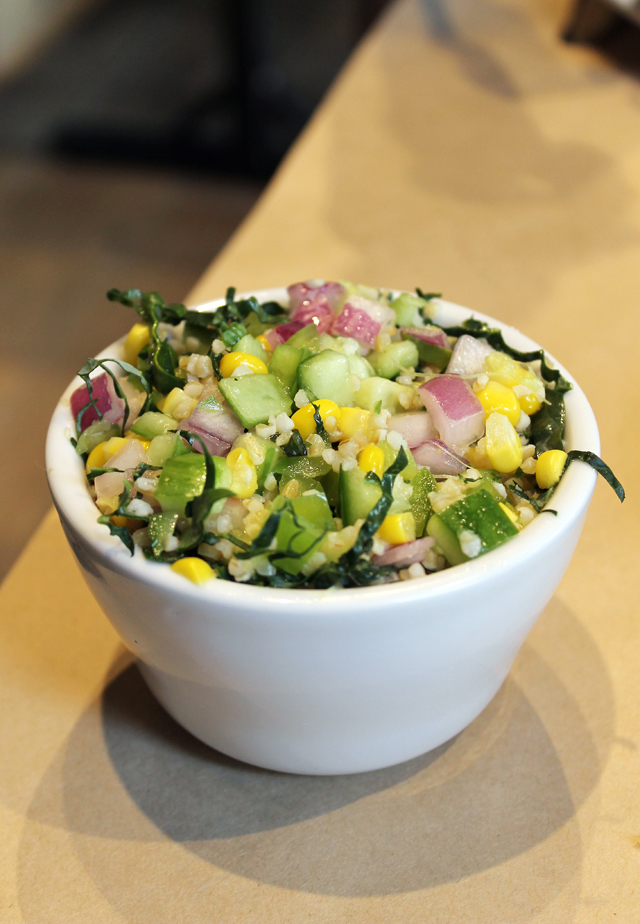 Tabule gets a California slant in this version.

Because a most excellent hummus will do that to you.