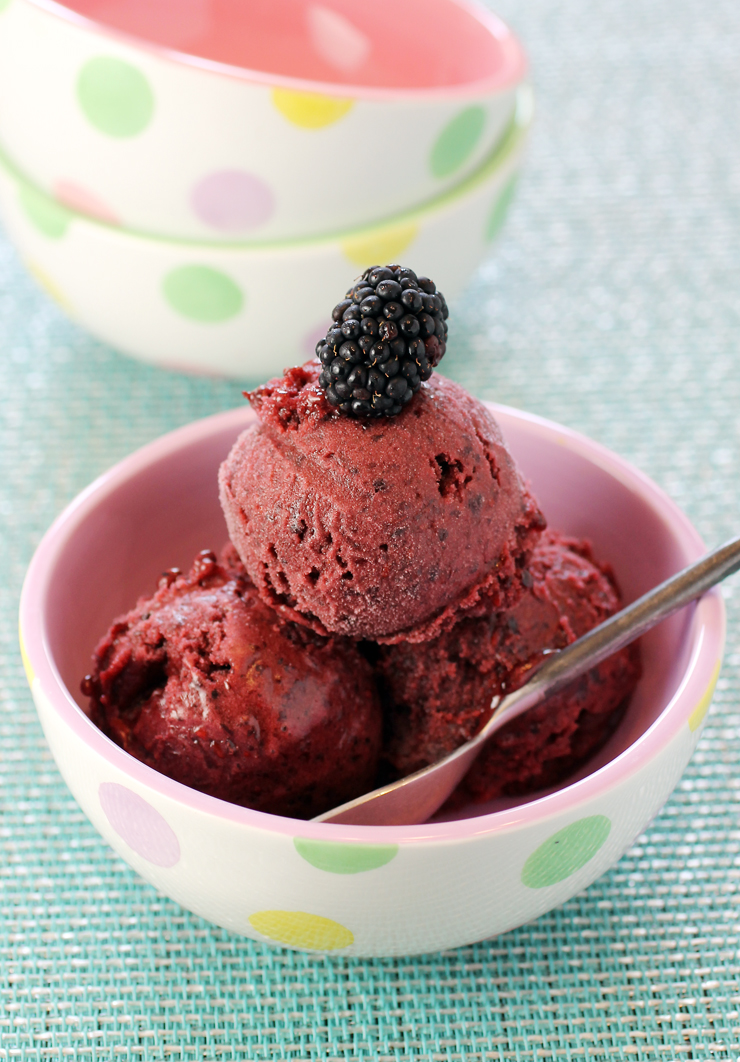 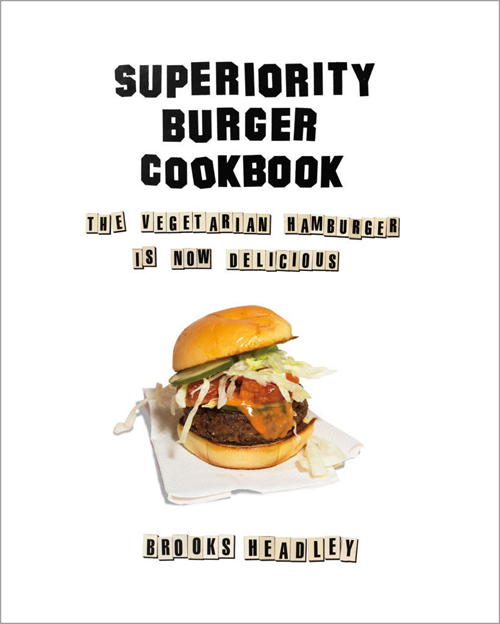 Superiorty’s burger has been such a sensation that folks sometimes forget that Headley is also a gifted pastry chef, who was known for his out-of-the-box creations.

As such, this cookbook covers the realm of vegetarian foodstuffs that somehow manage to come out of Superiority’s minuscule kitchen. It includes the recipe for that famed veggie burger, as well as dishes such as “Ice-Cold Herbed Melon and Cucumber Salad,” “Tahini-Roasted Cauliflower with Tangerines and Hazelnuts,” “Cream of Fava Bean Soup,” and “Peach-Blueberry Breadstick Crumble.”

It’s all presented with wit. Just take note of Headley’s introduction to his “Home-Style Potato Salad” recipe: “The key here is to use normal commodity potatoes (no market fingerlings, nothing waxy), and the presence of vinegar to miraculously and scientifically keep the chopped russets intact while getting semi-violently boiled. We do a version of this throughout the year, but when you can get our paws on springtime farmers’ market chervil that will make your rented taxi or backseat stink of licorice, then you have really gotten the point of this book.”

Superiority also serves superb eggless gelato and sorbets, as befits an award-winning pastry chef. After enjoying a raspberry one there last year that was so impeccably smooth, I was eager to try making one at home.

I gravitated toward his blackberry sorbet recipe after spying beautiful big blackberries at the farmers market. His recipe includes not only sugar, but also dextrose to create a thick syrup that’s a little more viscous than plain sugar syrup alone. Dextrose is a simple sugar derived from corn that’s less sweet than cane sugar. Its a little more powdery in texture than granulated sugar, kind of like cornstarch instead. According to Serious Eats, the dextrose helps make for a creamier sorbet. I bought a bag on Amazon.

After making this sugar-dextrose syrup, you stir it into pulverized blackberries, chill the mixture well, then spin it in your ice cream maker. That’s it.

The recipe calls for 2 pounds of blackberries, but I found I needed just a few more to make an equal amount of berry puree as sorbet syrup. So I amended the recipe to say “a heaping 2 pounds” of berries instead. The recipe also says to season the mixture with “fresh lemon juice, malic acid and salt.” I only used lemon juice and salt, and it came out fine.

You will want to blend the blackberries well. The smoother the mixture, the smoother your resulting sorbet will be, though you will still notice the seeds, which isn’t off-putting at all.

I found that even after freezing the sorbet for five hours after spinning, it was still very soft. So much so that you couldn’t really mound scoops of it in a bowl. The texture was much better the next day — still easy to scoop but more compactable.

The sorbet is a vivid purple-fuchsia color. Its texture is definitely super creamy. It stays that way even after a week, too, without any iciness developing. And the taste is that of really sweet blackberries magnified.

It’ll have you humming “blackberry sorbet,” too. 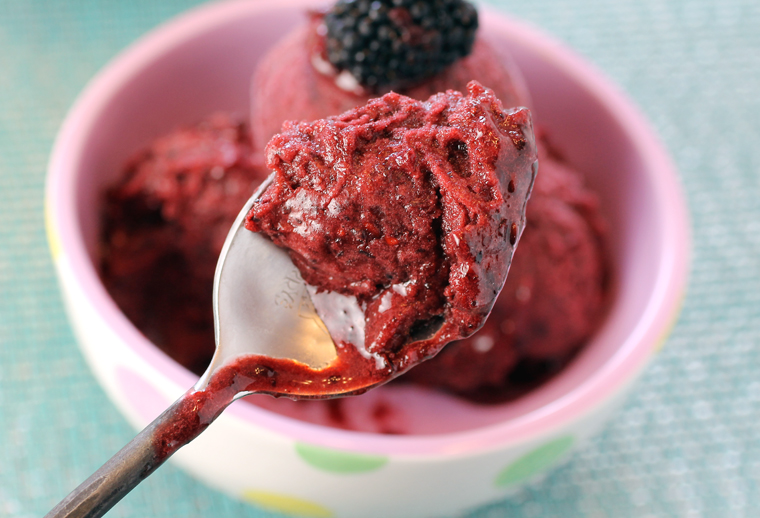 Except for the sweet syrup, it’s all made of fresh summer berries.

To make sorbet syrup: Bring water to a boil in a small pot on the stove. Add the dry ingredients. Return to a boil. Chill and reserve. Makes 4 1/4 cups.

The next day, spin the mixture in an ice cream maker, according to manufacturer’s instructions. 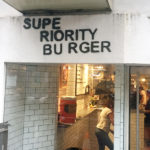 More: A Visit to Superiority Burger