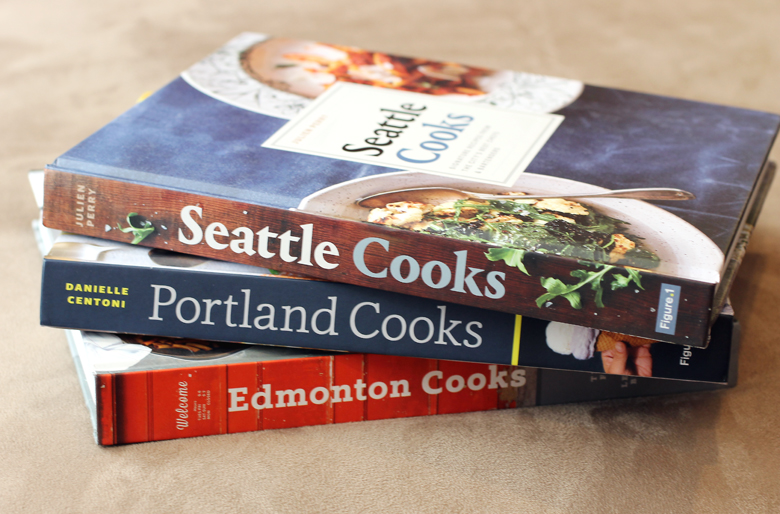 Look for my new “East Bay Cooks” cookbook to join this group in summer 2019.

See that stack of beautiful cookbooks above? Soon to join them will be “East Bay Cooks” — by yours truly.

Yes, that’s what I’ve spent the better part of this year working on. In fact, I just finished the manuscript this month.

The cookbook, which will debut in September 2019, will feature 40 of the top restaurants, bars and bakeries in the East Bay, with their stories and recipes. The photography will be by the incredibly talented Bay Area-based Eva Kolenko.

Figure 1 Publishing, based in Vancouver, B.C., launched this series of city-based and regional contemporary cookbooks in Canada. Last year, it published its first U.S.-focused one, “Portland Cooks” by Danielle Centoni. This month, it came out with its second U.S. one, “Seattle Cooks” by Julien Perry. Next year, it’ll be my “East Bay Cooks.”

Which favorite establishments will be featured within the pages? A16, Belcampo, Curry Up Now, Duende, Millennium and Walnut Creek Yacht Club to name just a few in this stupendous group.

I hope that whets your appetite for the exciting months to come.