Ever tried a duck burger? You definitely should!

But they ain’t got nothing on duck.

If you’ve never had a duck burger before, prepare yourself for a most righteous patty on a bun.

In the cookbook, “Kindness & Salt: Recipes for the Care and Feeding of Your Friends and Neighbors”

(Grand Central Life & Style, 2018), of which I received a review copy, the recipe may be called “Duck Meatloaf,” but even authors Ryan Angulo and Doug Crowell advise that it can be eaten burger-style with a smear of mustard.

The two owners and chefs of the popular Brooklyn spots, French Louie and Buttermilk Channel, have served this duck dish at the latter since it opened in 2008.

The cookbook’s title refers to the two most important ingredients they believe that are needed to take a good meal into the realm of greatness. 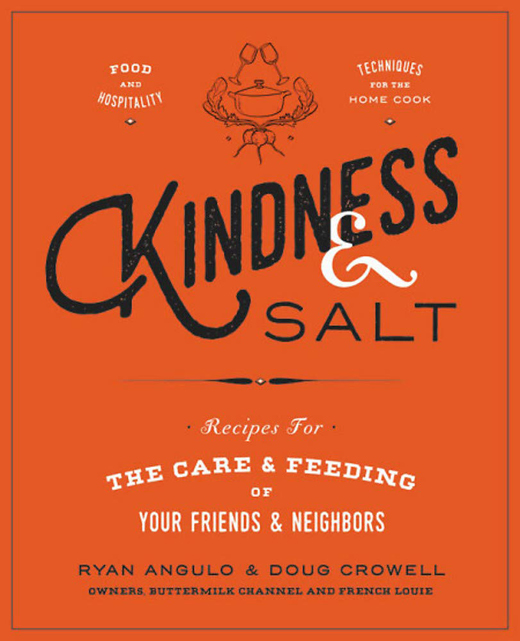 The 100-plus recipes give the makings to serve just that in the casual comfort of your own home with recipes such as “Salt-Roasted Beet Hummus,” “Slow-Roasted Pork Spare Ribs with Ancho Chile Marinade” and “Delicata Squash Tart.”

The duck meatloaf (burgers) call for one pound of ground duck breast, which the chefs suggest grinding yourself if you have a meat grinder or to ask your butcher to do so.

I found an even easier third solution: prepackaged 1-pound ground duck by Mary’s selling for $10.99 in the grab-and-go refrigerator case at Whole Foods. That’s one reason I don’t think I’d ever switch to ordering my groceries online. After all, take the time to wander the supermarket aisles and you just never know what gems you’ll discover, including this one.

The ground duck is mixed with sauteed onions, parsley, thyme, dried bread crumbs, an egg, and raisins before formed into patties that get seared on the stovetop before finishing cooking in the oven.

As Angulo and Crowell describe, it really is a cross between French country pate and an American hamburger. The duck burger is moist and juicy with loads more flavor than a turkey or chicken one. There’s a dark meat, almost slightly gamey taste that’s deep and delicious. The raisins give an undercurrent of sweet, fruity, wine-y notes for an edge of sophistication.

Angulo and Crowell have served it every which way — alongside celery root puree or succotash or topped with onion rings or apple salad. Rather than mustard, I decided to slather it with a sample I received of Seghesio Family Vineyards’ new Artichoke & Piquillo Pepper Tapenade. If you’re used to more traditional olive tapenades, this one will surprise. It’s briny, but not nearly as salty tasting. Instead, this chunky tapenade boasts a pronounced sweet, leafy, red pepper taste. It’s not overly sweet, but more natural tasting. An 8.5-ounce jar is $14 and available at the winery’s tasting room in Healdsburg or by contacting Seghesio directly at tastingroom@seghesio.com or (707) 433-3579. Seghesio is known for its wonderful Zinfandels.

To go along with my tapenade-accented duck burger, I opened a sample bottle of the Seghesio 2017 Sonoma Zinfandel from Sonoma County ($26). Primarily made with Zinfandel grapes with a little Petite Sirah, Carignano and Syrah thrown in for good measure, it’s a big wine with loads of blackberry on the palate. The tannins are noticeable but measured enough to leave the wine rich and juicy.

With a duck burger fortified with black raisins, it was a delightful match. 1 (1-pound) boneless Peking or Long Island duck breast, ground with the skin on (grind it yourself or ask your butcher)

1/4 cup black raisins, finely chopped (or passed through the grinder with the duck if you’re grinding your own meat)

Heat a thin coating of canola oil in a small saute pan over medium heat. Saute the onion slowly, until soft but not browned, then transfer to a large mixing bowl. While the onion cools to room temperature, preheat your oven to 325 degrees. Add the ground duck and all the remaining ingredients to the bowl with the cooled onion. Mix thoroughly with clean hands until all ingredients are combined. Divide the mixture into four portions. Use a 3-inch diameter ring mold to shape the duck mixture into cylinders about 2 inches tall, or use your hands to form thick patties of approximately that shape and size.

Coat a large skillet with canola oil and sear one side of the meatloaves over medium heat for about 3 minutes. Flip the meatloaves and move the skillet to the oven. Cook for about 20 minutes, until they reach an internal temperature of 140 degrees (see Note).

Remove the meatloaves from the pan and allow them to rest for 5 minutes before serving.

Note: This meatloaf browns faster than a hamburger, so keep a close eye on the pan. If the crust looks like it will be too dark before the inside is cooked, transfer them to a new pan and put them back in the oven.

From “Kindness & Salt” by Ryan Angulo and Doug Crowell 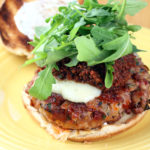 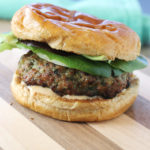 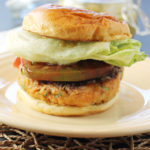 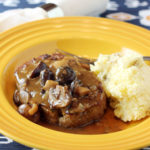 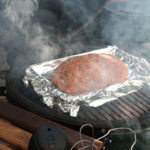