It’s a rustic, family-style Chinese dish to enjoy with plenty of rice to soak up all the fragrant, cinnamon and star anise-laced brothy sauce.

These are not your American- or European-style short ribs that get lacquered in a thick glaze. Instead, these definitely are more home-spun with their boiled-beef appearance, especially since the short ribs are not seared before braising.

Raw green onion slices get sprinkled over everything before serving, which adds a fresh, sharp bite to this long-simmered dish.

The recipe calls for Santa Maria seasoning — all of 1/4 teaspoon. Since I didn’t have it on hand, I just Googled to find out what was in it. Turns out it’s a blend of salt, pepper and garlic powder. So I just added a pinch of each of those, plus a dash of soy sauce.

It also calls for standing up the ribs vertically in the pot. Since it didn’t seem like my short ribs were going to stay that way without falling over while cooking, I didn’t bother to stand them up that way, and they turned out fine.

This dish is nostalgic for me. It reminds me of something my Dad would have made. And I can’t think of any higher compliment than that. 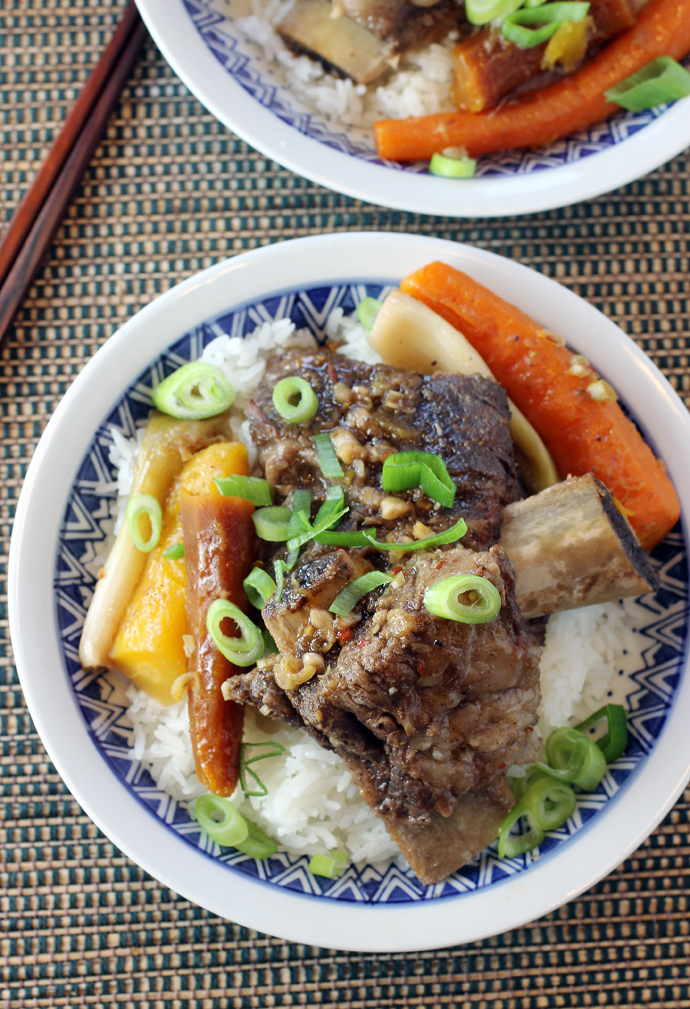 1/4 teaspoon Santa Maria seasoning (or use a pinch of salt, pepper, and garlic powder plus a dash of soy sauce)

Use tongs to remove ribs and vegetables from Dutch oven. In same Dutch oven over medium-high heat, reduce remaining liquid by a third, about 6-8 minutes, and stir in hoisin sauce. 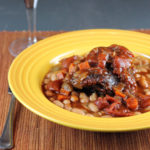 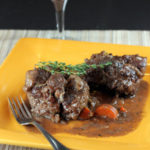 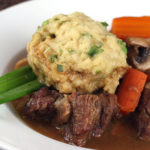 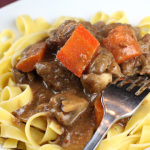 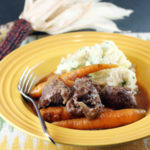 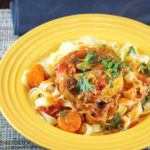 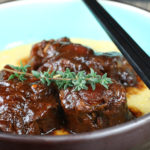