He spatchcocks chicken, marinates it in pimenton and coriander, then cooks it sous vide for four hours. The chicken is chilled overnight, so that it gets coated with its own natural gelatin that helps the batter stick better. The next day, the chicken is cut up, dredged in a combination of rice flour, corn flour and potato starch before being fried. 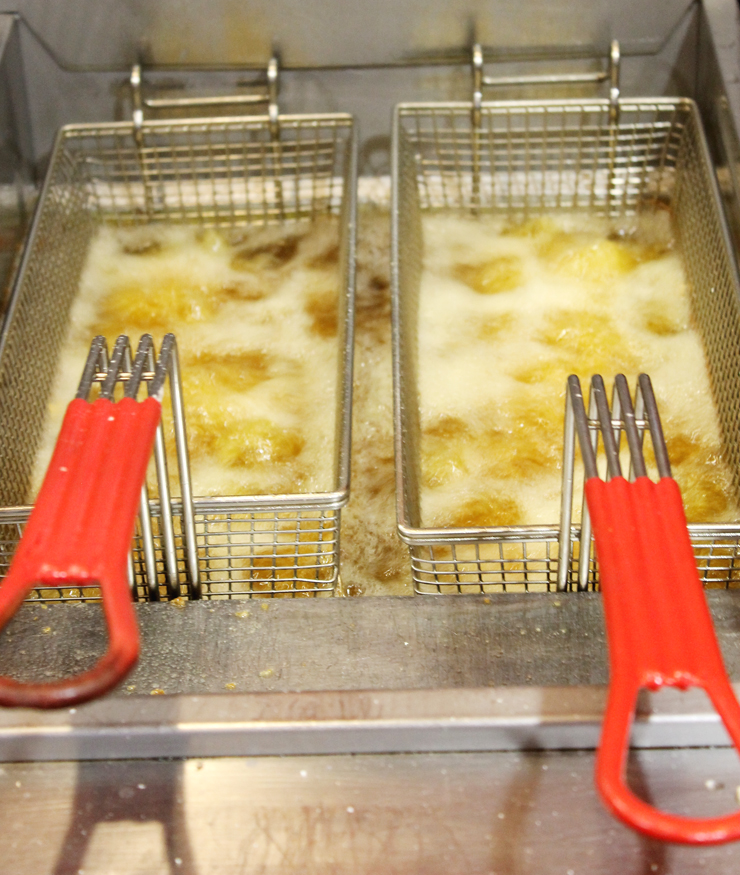 How’s that for a crust?

Yes, the coating is gluten-free. And the chicken is even fried in a fryer designed only for gluten-free items. Better yet, the coating doesn’t soak up excess oil like all-purpose flour would.

The result is juicy, tender chicken (even the white meat) with supreme crispiness with a crust that complements, not overwhelms the meat.

The fried chicken, “Gallina Frita Vasca,” will debut on the menu in the coming days. Priced at about $25, it’s a half chicken that comes with corn on the cob slathered in a flavorful aleppo pepper-makrut lime leaf-garlic aioli sauce, and salad. Shelves stocked with wine, and an eclectic assortment of colorful items. Including my first cookbook, “San Francisco Chef’s Table,” which Duende is also featured in. Sheep’s bones as art on the ceiling. (Rabbit bones are in the men’s bathroom.)

Enjoy it with a “Bitter Truth” ($13), which is indeed bitter, in the best of ways, with bourbon, cynar, orange liqueur and lemon, providing an excellent palate reset for any rich dish to follow. 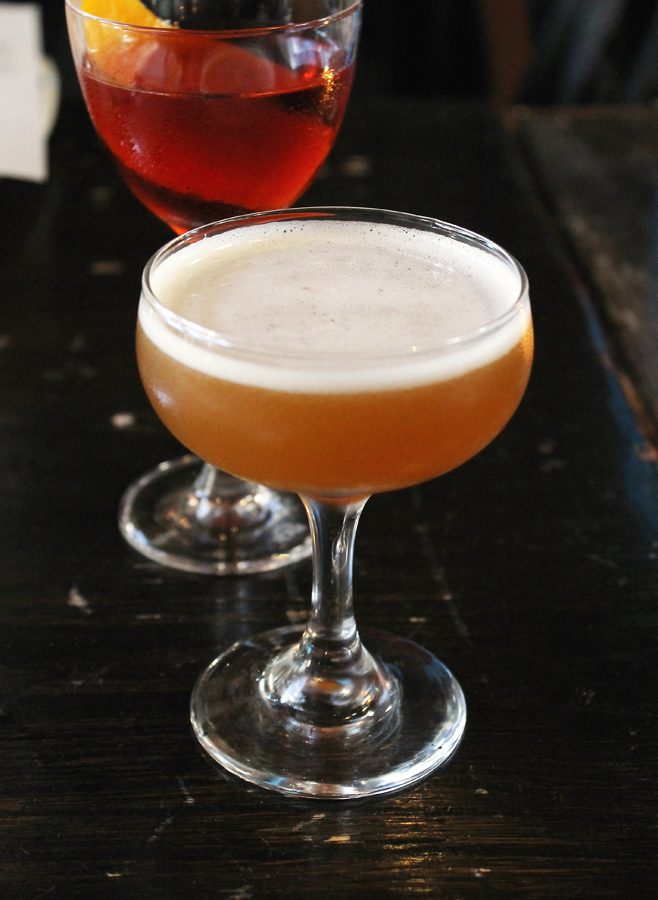 The “Bitter Truth” with a Negroni behind it.

Also part of the feast that night was everyone’s favorite salad, the famous Ensalada de Col ($13), which Canales can never take off the menu. This savoy cabbage slaw may not look fancy, but it hits every high note with a shower of cheesy mahon, Manzanilla olives and pistachios. Learn to make it with the recipe in my upcoming new cookbook, “East Bay Cooks: Signature Recipes from the Best Restaurants, Bars, and Bakeries”

(Figure 1), to debut in September. The cabbage slaw that hooks you from the first mouthful.

The last of spring’s asparagus ($15) was grilled, dotted with duck cracklings for crunch and saltiness, and crowned with romesco and an oozy slow-cooked egg. Another salad, Ensalada de Verduras Primaveras ($14), featured delicate spring greens with fennel, snap peas, walnuts and a mound of soft, spoonable, fresh herbed cheese. Garbanzo bean fritters, sort of like a French panisse with the same soft center and golden-fried exteriors, was topped lavishly with a creamy spicy tuna confit. You definitely needed a knife and fork for this one. The spicy pork rillettes ($13) smeared on sourdough toasts could be picked up with the fingers, though. If you like Italian ‘nduja, you will fall for this. It has the same level of irresistible spiciness. 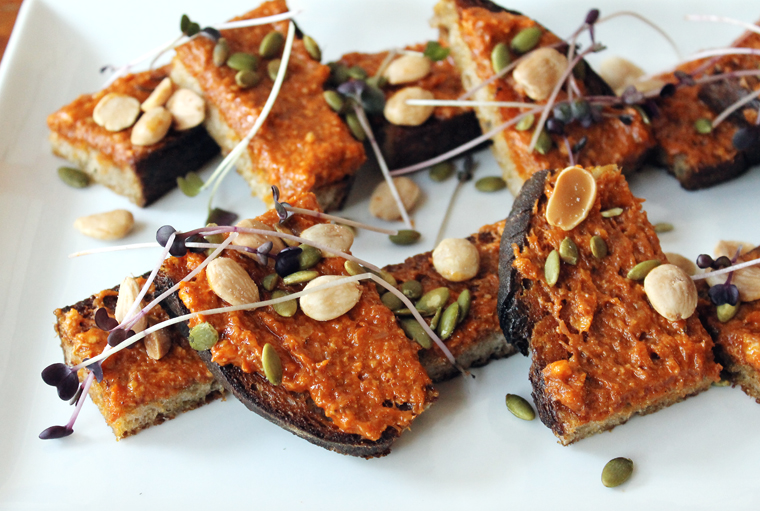 Slide the grilled shrimp brochettes ($13) off their skewers, then pile them onto grilled baguette with pepper salsa for the perfect summer nosh made for a glass of chilled wine. 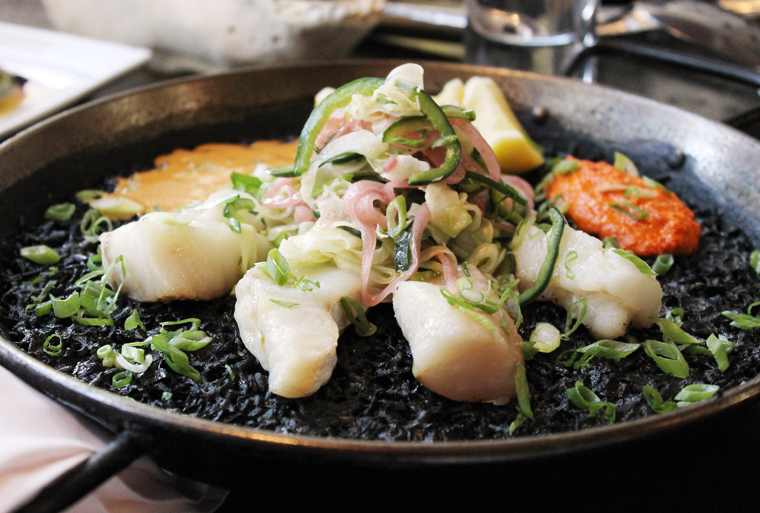 The family-style plates can each be enjoyed in portions that serve two ($45) or four ($83). The Arroz Negro here has always been one of my favorites. Squid ink colors the rice a deep charcoal and gives it a deep briny taste, setting off the haddock, shrimp, and shaved fennel over the top. Changing inspirational sayings on another wall.

The fideua isn’t made with classic broken noodles here, but curly ones, which makes it even more fun to eat. It’s like paella turned into a pasta dish. Succulent duck breast slices, preserved tomatoes and roasted peppers crown this one.

Come to Duende hungry — because you’ll want to eat everything on the menu. 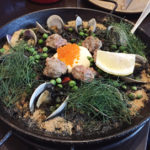