A Pasta Ragu with An Unusual Ingredient 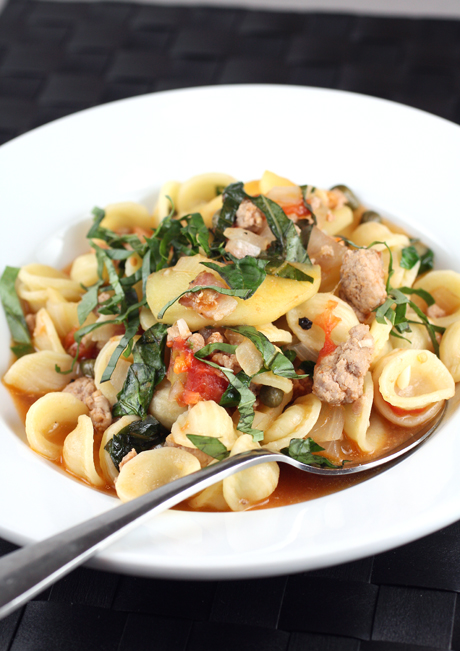 Could this meaty ragu dish prove to be the apple of your eye?

It just might — because besides the expected pork, tomatoes, bacon, garlic and basil, it also contains slices of fresh, juicy apples.

This unusual pasta dish is from “Top Chef” victor Stephanie Izard, the only woman who has thus claimed the title in that Bravo TV show, now in its ninth season. After winning, she went on to open the wildly popular, Girl & the Goat restaurant in Chicago, which was nominated last year for “Best New Restaurant” by the James Beard Foundation.

This recipe is from her new cookbook, “Girl in the Kitchen” (Chronicle Books), of which I received a review copy late last year. The book spotlights her signature rustic cuisine with Mediterranean and Asian influences. 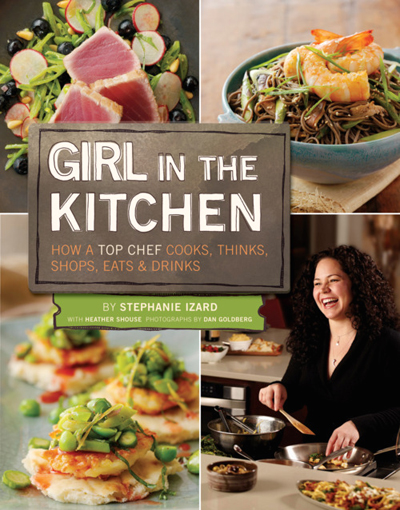 Unlike some ragus, which take hours to cook, “Apple-Pork Ragu with Pappardelle” is quite quick to make. It’s a powerhouse, too, with the sweetness of apples playing off the richness of pork and bacon, and the saltiness of capers. Ladle over homemade fresh paparadelle or most any store-bought dried pasta. (I used orechiette.)

I can’t say that my ragu looked exactly like the photo in the book, which showed a thick, deeply homogenous red sauce. I’m not sure that can even be achieved with the called-for 15-ounce can of tomatoes, 1 cup chicken broth and 1/2 cup of white wine that make up the liquid ingredients in the sauce. Instead, mine was a little more brothy looking and definitely not as brightly hued. No matter, it tasted great, with every spoonful providing layer upon layer of flavors.

Izard recommends Honeycrisp apples for this dish, as she especially likes their sweet-to-tart flavor ratio.

Since I recently received samples of two new apple varieties from the Ranier Fruit Company, I decided to use one of those instead. 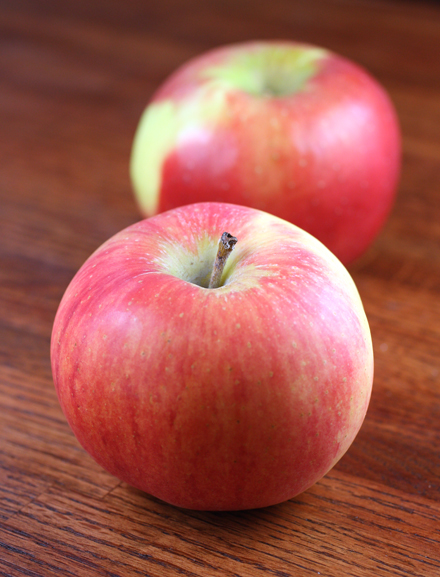 The new red Junami apple, originally from Switzerland and now grown in Washington, is very crisp. Bite into it and it practically squirts juice that has a slight floral note. The Junami is available now until supplies last for $1.99 a pound at Safeway stores.

The new Lady Alice apple, which has a pink stripe over a creamy yellow background, has a little more tartness, which is why I used it in this ragu dish. A Washington original, it has a dense flesh that holds its shape when cooked or baked. It’s also slow to brown after cutting, making it a good choice for salads and cheese plates. Look for Lady Alice apples at Safeway beginning around Feb. 6.

2 Honeycrisp or other sweet-tart apples, peeled and cut into 1/4-inch slices

One (15-ounce) can whole peeled tomatoes, smashed by hand or chopped

1 pound fresh or dried pappardelle or other dried pasta

Heat oil in a large saute pan over medium-high heat. Add pork and cook until it browns, 5 to 7 minutes, breaking it into smaller pieces with a spoon. Set aside.

In a large saucepot or Dutch oven, lightly brown the bacon over medium heat. Add onion and garlic and sweat them by cooking until the onion is translucent, about 2 minutes. Add apples and wine and simmer until wine is reduced by three-quarters.

Add tomatoes, broth, and browned pork and bring to a boil. Reduce heat and simmer, partially covered, until the sauce has thickened somewhat, about 15 minutes.

Meanwhile, bring a large pot of water to a boil. Drop pappardelle in the boiling water and cook until al dente, about 3 minutes, or according to the package directions. Drain.

Add capers and basil to sauce just before serving. Season ragu with salt and pepper. Serve over the pasta.

Adapted from “Girl in the Kitchen” by Stephanie Izard 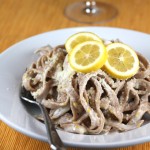 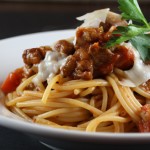 And: The Fat Duck’s New Style Ragu all Bolognese 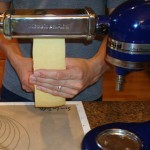 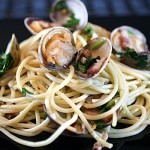 And: My Husband’s Drunken Clam Linguini 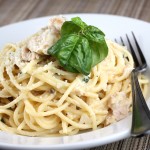 And: Spaghetti with Lemon and Olive Oil From Cook’s Illustrated