At Bushido in Mountain View, There’s More than Meets the Eye 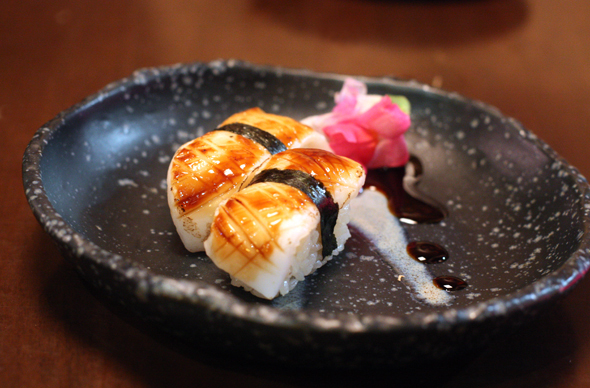 When he impishly set a small plate of nigiri sushi before my husband and I one night when we were invited to dine as guests at his downtown Mountain View restaurant, Bushido, he asked us to guess what type of fish it was.

We scrutinized the fleshy white pieces that had been crosshatched, then brushed with a sweet soy sauce and placed atop mounds of rice. We took a bite. The texture was ever so chewy, much like raw cuttlefish which it resembled. But the taste was slightly sweet.

Could it be some other type of cuttlefish we’d never had before?

We couldn’t have been more wrong.

It was actually young coconut, of all things, done up to look like sushi.

And it was flat-out sensational.

It also speaks to Kanai’s sensibilities when it comes to how imperiled so much of the most popular seafood offerings at Japanese restaurants are these days. Kanai, formerly of the sustainable Ki Izakaya Bar in San Francisco, brought his sustainable seafood practices to Bushido earlier this summer.

That means you won’t find farmed salmon, bluefin tuna or eel served at this downtown Mountain View restaurant. Instead, there is the more sustainable albacore and arctic char. 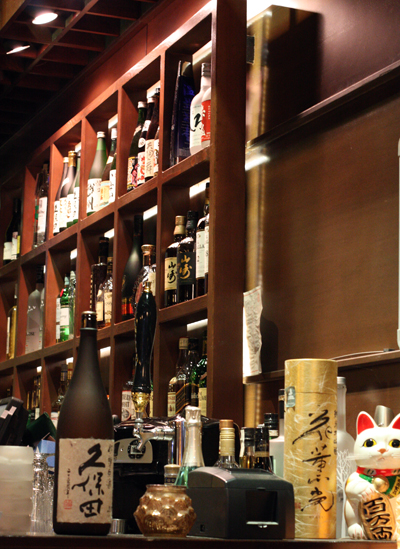 “Our unagi donburi used to be very popular at lunch,” explains Proprietor Steven Yen. “When we stopped serving it, people asked what happened. But I think for the most part, we’ve had a favorable reaction to what we’re doing now.”

As an izakaya, Bushido isn’t technically a sushi restaurant. But it does offer a limited selection, and in some rather creative ways, such as the “Eco Dragon” ($10), a vegan roll with tofu nagi, avocado and eringi mushrooms. We started with the “Daily Special” ($25) of sashimi. The gorgeous platter was abundant with arctic char, kanpachi amberjack, albacore and aji, a small Japanese mackerel, whose skeleton got deep-fried afterward. It was presented separately and made for a fun potato chip-like snack, as the small bones were completely edible when crisped up like that.

Bushido has an extensive list of sakes. If you order it by the glass, you are presented with the glass set inside a Japanese masu (wooden box). The sake is poured to beyond the brim of the glass, so the extra flows into the masu. In this traditional symbol of abundance and generosity, it makes for almost two cups of sake.

Kurobuta pork buns ($7) arrive in a cute little steamer basket. The pillowy steamed half-moon buns are quite sizable here, and filled with slices of juicy pork belly, as well as lettuce and carrots for crunch. 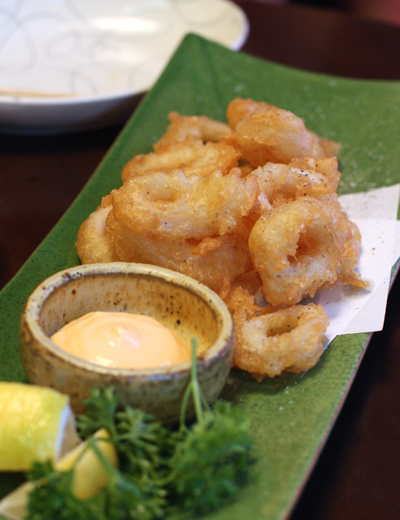 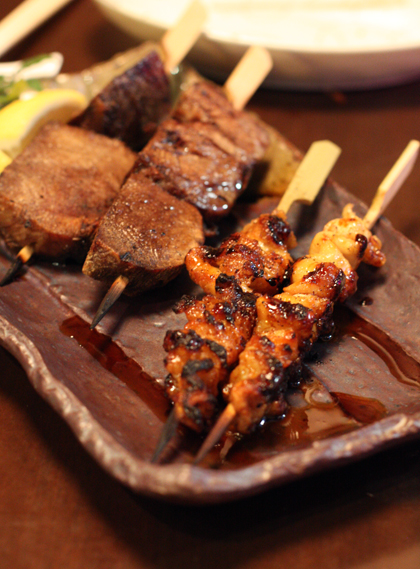 Beer-battered calamari ($8) had a barely-there batter that was nicely seasoned. Alongside is aioli mixed with tiny, crunchy flying fish roe to dip into.

From the yakitori offerings ($5 for two pieces), we chose beef tongue, which had a hearty, beefy flavor; and chicken skin that still had a tinge of meat still connected to it, leaving it crisp, but not shatteringly so. 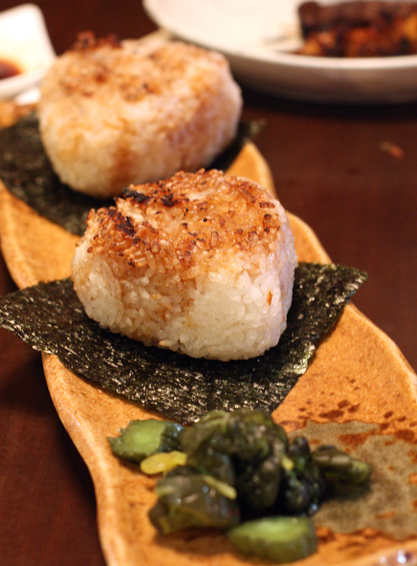 Onigiri ($5) are simple rice balls. But once they get grilled, they become so much more, especially when wrapped inside crisp nori and served with Japanese pickles. 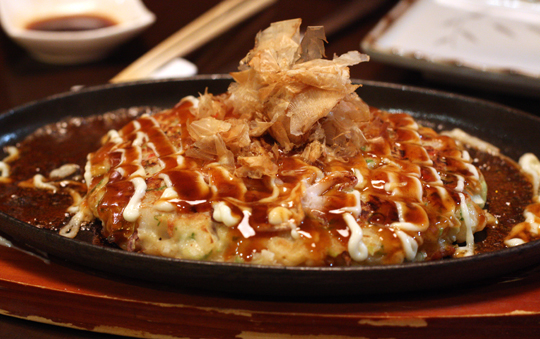 A house-specialty is the okonomiyaki ($10), a huge savory pancake filled with your choice of seafood, beef or bacon mochi. We went with the seafood, which included shrimp and squid stuffed inside the eggy pancake that was drizzled with aioli and a sweet-soy glaze. It’s served on a sizzling platter so that the bottom layer gets wonderfully toasted.

For dessert, there is a cauldron of matcha-white chocolate fondue, which arrives with an assortment of fresh fruit, including strawberries, figs, nectarines and apples. Dip in to get a taste of a warm, thick matcha shake. It’s more than enough for two people to share. 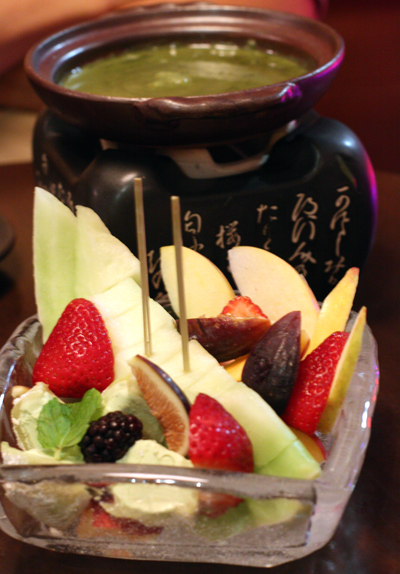 Kanai used to just list the coconut sashimi on the menu at lunch time or give it away to dinner customers whom he thought might appreciate it. Now, though, anyone can order it off the dinner menu ($8.50).

Do yourself a favor and don’t leave Bushido without trying this trompe-l’oeil, environmentally-correct marvel. 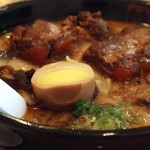 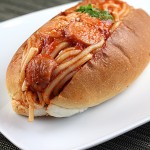 And: Clover Bakery’s Most Unusual Sandwiches 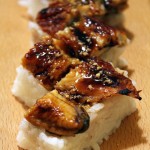 And: The Incomparable Hachi Ju Hachi 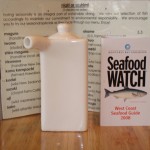