OK, technically, “Apple Brownies” are not brownies at all.

For one thing, there’s no chocolate in them.

But there are plenty of apples in a tender crumb that is suffused with cinnamon.

Plus, just like the best brownies, these bake up with an irresistible crackly texture on top. So much so, that just like brownies, you will be grabbing for the corner pieces first just to get as much of the sugary, crisp edges as you can.

“Apple Brownies” is a simple, one-pan recipe from “The Apple Lover’s Cookbook” (W.W. Norton & Co.) by Amy Traverso, senior food and home editor of Yankee magazine. The book, of which I received a review copy, includes 100 recipes for all things apple, plus an insightful guide to different apple varieties.

For this recipe, I used Junami apples that I received as samples. They are red apples, originally from Switzerland that are now grown in Washington. They are super crisp and practically squirt juice when you bite into them. They have a nicely balanced taste — not too tart, not too sweet — plus a lovely floral quality. They’re available now as long as supplies last at Safeway stores for about $1.99 a pound. In the cookbook, the recipe calls for an 11-by-7-inch pan. In the Martha Stewart Living reprinting of the recipe, it calls for an 8-by-11-inch pan. Having neither of those pans, I used an 8-by-8-inch one instead. If you use that size pan, too, just be aware that you may have to bake the brownies longer for about 55 to 60 minutes.

As it bakes, the house will fill with the aromas of apples and spice — so appropriate for the holidays.

As you crunch down into the crackly top and hit the tender cake-like center full of apples, you can take salvation in knowing these brownies are a little more virtuous than most. 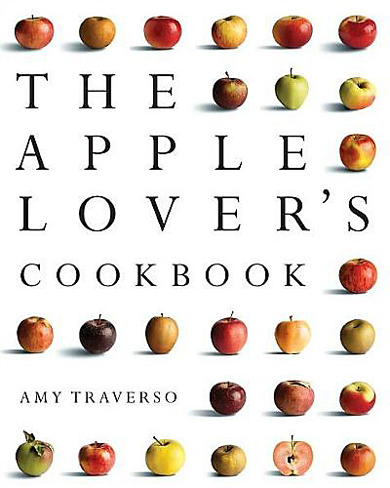 8 tablespoons (1 stick) butter, melted and cooled, plus more for greasing the pan

In a medium bowl, whisk together flour, cinnamon, baking powder, salt, and baking soda. Set aside. In the bowl of a standing mixer at high speed or using a hand-held mixer, beat together the butter, sugar, and egg until pale, about 2 minutes. Add walnuts and apples and stir by  hand until evenly combined. Add flour mixture and stir until combined, another 30 seconds.

Spread batter into the prepared pan and bake until golden brown and lightly firm to the touch, 40 to 50 minutes (or about 60 minutes if using an 8-by-8-inch pan). Let cool on a rack for 30 minutes, then cut into bars and transfer to a serving platter.

Adapted from “The Apple Lover’s Cookbook” by Amy Traverso 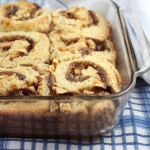 Another Recipe from “The Apple Lover’s Cookbook”: Apple-Stuffed Biscuit Buns 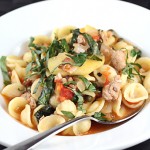 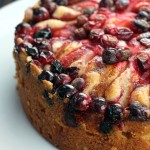 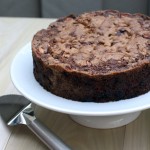