In the 1980s and 1990s, he elevated the Bay Area dining scene and made a name for himself as executive chef of Campton Place in San Francisco and co-founder of the Lark Creek Restaurant Group.

Since then, Chef Bradley Ogden’s attention had been focused mostly outside of the region, as he opened restaurants in Las Vegas with his son, Chef Bryan Ogden, and one in Solvang.

But now, following a move to the South Bay two years ago, Ogden is back — in a big way.

Three weeks ago after a year of construction, the James Beard Award-winning chef opened the doors to Bradley’s Fine Diner in Menlo Park. He’s also working on opening three restaurants in Houston. They’re all part of his Bradley Ogden Hospitality group, run with son Bryan, and business partner and industry veteran, Tony Angotti. The projects are being financed by investor Chris Kelly, Facebook’s first general consul, who first met Ogden when he asked the chef to cook a dinner he was hosting for then-President Bill Clinton. 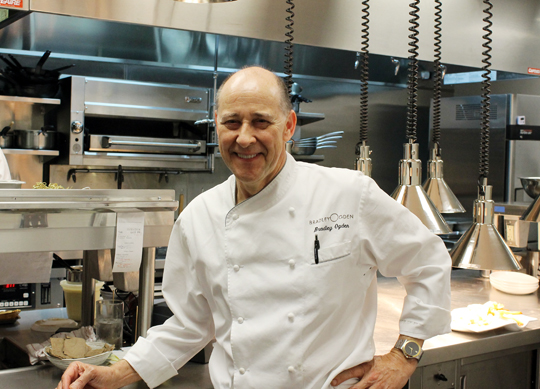 Chef Bradley Ogden in the kitchen at his new restaurant.

Bradley’s Fine Diner or BFD for short is pure Ogden. Situated across from the Caltrain station, it’s an artsy roadhouse with plenty of natural wood, plus fun and funky touches like silverware chandeliers and a decorative wall with old knives stuck into it as if a knife thrower had just left the building after a practice spree.

The menu is classic comfort food done up with local ingredients and contemporary flair in dishes such as Yankee pot roast short ribs with creme fraiche whipped potatoes ($29); and a wood-fired chuck burger with fries and “fancy sauce” ($16). Recently, I had a chance to sample some of the dishes, when I was invited in as a guest at a media dinner. 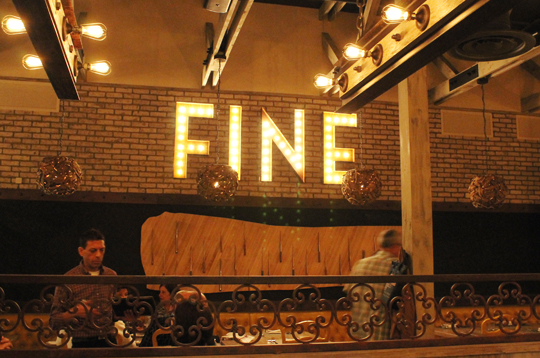 How’s this for a chandelier? 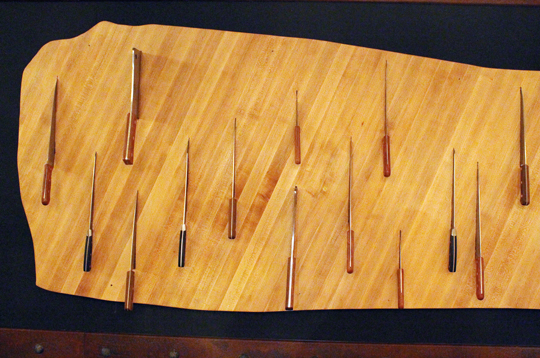 (And from the side.)

“Bradley’s Free-Range Turkey Meatballs” were pure Italian comfort food. Tender and moist, they were bubbling in a tomato sauce dotted with spoonfuls of creamy ricotta.

“BBQ Wild Prawns” were laid out on a bed of fine creamy garlic grits — the kind you can’t stop eating. The prawns were cooked beautifully so they retained their plumpness.

Wood-grilled flatbread were laden with slices of tart, crisp apple and Bellwether Farms crecenza cheese for a simple but tasty nosh. Dig in for some meatballs. 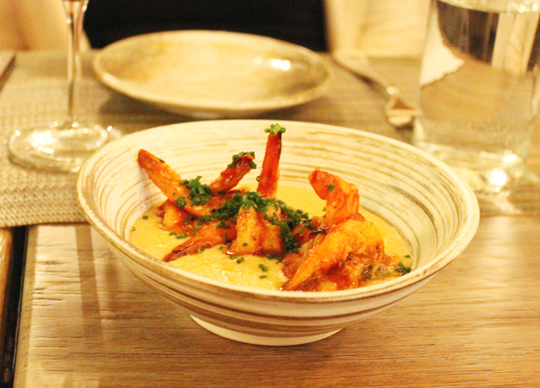 Pork belly gets the chicken wing-treatment here with chunks of the unctuous pork strewn with celery, arugula and Maytag blue cheese “souffle,” dabs of cheese that had a mousse-like texture. As sublime as the pork belly itself was, I don’t think it actually benefited from the extra richness of the cheese, which seemed like overkill. Pork belly made even richer with blue cheese. Although Ogden told me later that he’s still tweaking the country pate and wants it a tad spicier, I loved it. With its course texture, it was wonderfully rustic. What really won me over, were the pickled persimmons that garnished the plate. Fuyus are preserved in vinegar so that they take on an almost apricot-like flavor. It left me itching to try making a jar-full at home.

For my main, I chose the Lassen trout seafood stew. The broth was imbued with an intense seafood flavor, along with just a touch of spiciness. White beans, farro and escarole added heft, though the dish remained pleasantly light tasting.

Well, especially in comparison to the hefty entrees my table-mates chose. The Hereford ribeye pork chop is massive. It arrives with a fluffy buttermilk biscuit, along with mustard greens and a rich ham hock gravy. This one will definitely have you loosening the old belt buckle. 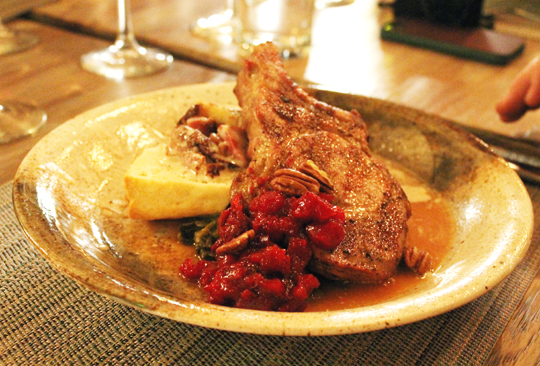 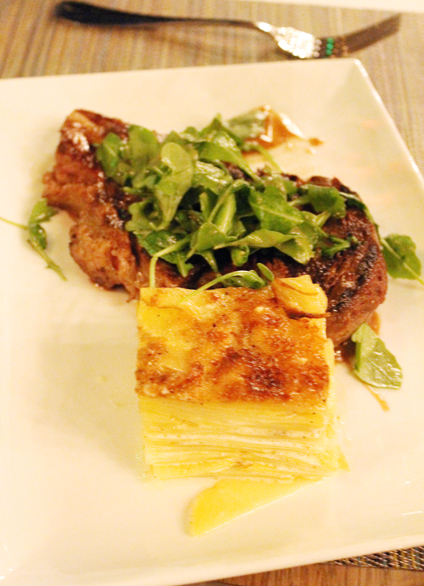 The “Steak & Potato” is the most expensive entree on the menu at $35. It’s a sizeable and juicy Angus ribeye that is paired with “Julia’s potatoes,” thin slices of potato stacked like a deck of cards that’s been cooked with plenty of butter and cream. 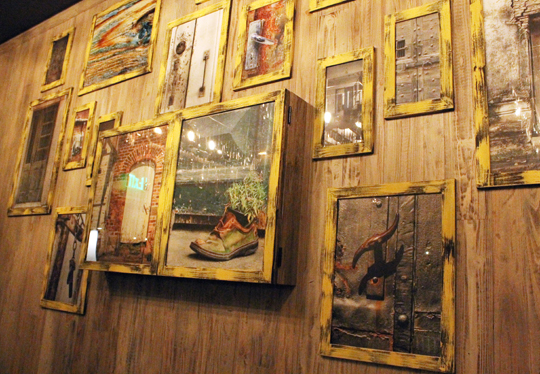 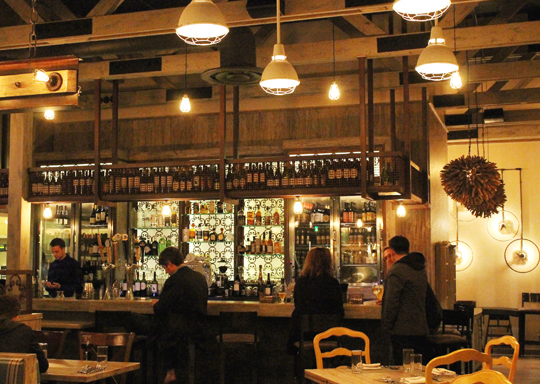 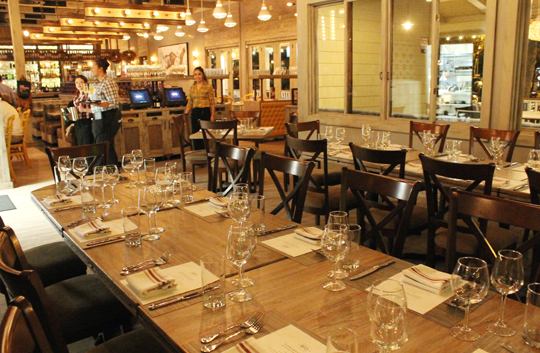 For dessert, we shared a few. The chocolate fudge brownie arrives warm. It’s a good rendition of a brownie that’s topped with caramel, ice cream and salted peanuts. Kids are sure to love it.

The warm apple cobbler is topped with a big scoop of vanilla ice cream. It’s a classic dessert without any bells and whistles. 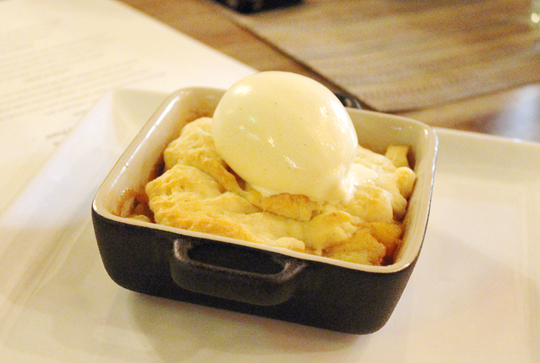 One of my favorite desserts of all time. Presenting Bradley’s Butterscotch Pudding.

But of course, my favorite Ogden dessert remains the one offered at all Lark Creek restaurants. And yes, you can find it at BFD, too. After all, what kind of son would Ogden be if he didn’t serve his mother’s famed butterscotch pudding?

Thick, velvety and intensely butterscotch-y, it’s the pudding that beats all others. Here, it gets a dollop of whipped cream and a tiny ginger shortbread cookie. 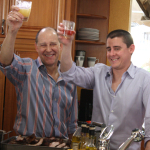 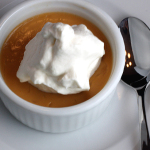 And: How to Make Bradley Ogden’s Butterscotch Pudding 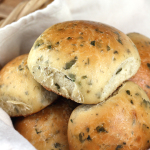 And: How to Make Bradley Ogden’s Overnight Soft Herb Rolls