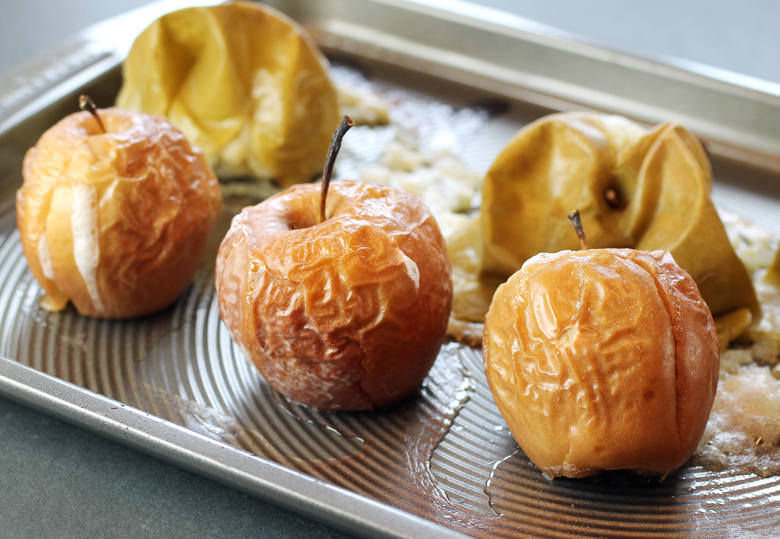 The beginnings of this applesauce.

The applesauce of my youth was light and bright, the taste of sunshine in the park.

This applesauce, in contrast, is like autumn by a crackling fire.

You probably also remember him as a finalist on “Top Chef” Season 6, my personal favorite season of the show because of the outstanding caliber of its contestants that year. Voltaggio lost to his brother Michael, who owns MVink in Los Angeles.

The recipe is from Bryan’s first cookbook, “Home: Recipes to Cook with Family and Friends” (Little, Brown and Company), of which I received a review copy. 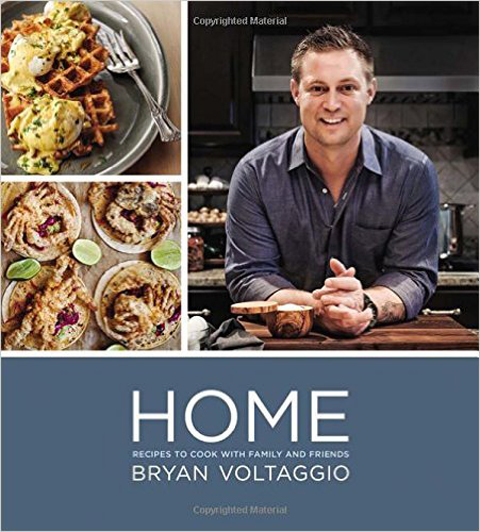 As the name implies, these 100 recipes are the ones he makes in his family kitchen.

Sure, a few recipes do call for a whipped cream canister or xanthum gum, items not necessarily found in your everyday home kitchen. But in general, these are recipes that are not geared for a brigade of cooks or fancy equipment. In short, they are accessible with familiar flavors and a sense of fun and comfort.

Then, there is applesauce. Locked and loaded. Made with cinnamon, vanilla bean, a splash of bourbon, and butter. Lots of butter.

Even I, who doesn’t shy away from butter, was a little taken aback at the amount. We’re talking 1 pound of butter in this applesauce. I’m sorry, but I couldn’t bring myself to add that much. So I cut it in half. Forgive me, Bryan.

You can choose to go to town with the butter or cut it down as I did. Believe me, even at that lessened artery-clogging level of two sticks of butter, the applesauce still had a nice luxuriousness.

Unlike a lot of applesauce recipes that call for cooking the apples on the stovetop, this one bakes the whole apples in the oven until their skins split and their juices start to spurt out. Take a look at the top photo. That’s a shot of them right out of the oven after 45 minutes. As you can see, the Granny Smiths practically imploded, maybe because of a higher water content or looser cell structure than the Galas? In any event, the baking definitely concentrates the apple flavor.

The recipe calls for peeling, seeding and coring the baked apples once they’ve cooled, before putting them through a food mill. I don’t have one, so I just took a potato masher to them. Plus, I kind of like the more rustic texture it creates.

While other applesauce may be zingy with sweetness and tang, this one tastes more like apple pie without the crust. In fact, there’s another recipe in the book in which Bryan uses the applesauce in apple pie with additional diced apples.

It has a more complex flavor — with a touch of salt balancing the sweetness and the bourbon adding a sweet, boozy, caramel note.

It’s good warm or cold, eaten as breakfast or dessert, or as a side to pork chops, pork loin or ham.

It’s a taste of fall you’re sure to fall for. Seeds from 3/4 of a vanilla bean

Lay the apples on a baking sheet and roast until the skins begin to peel away and the flesh is completely tender, 45 to 60 minutes. Remove from the oven and let the apples cool for 30 minutes. Peel off the skins and then remove and discard the seeds and core. Pass the apples through a food mill fitted with the largest disk. Reserve.

Put the butter in a large pot set over medium heat. Once the butter has melted, add the pureed apples, apple cider, vanilla seeds, cinnamon, and salt. Bring to a simmer, reduce the heat to low, and cook for 15 minutes, stirring occasionally.

Remove from heat and stir in the bourbon. Cool the applesauce and keep in a covered container in the refrigerator until ready to serve, up to 2 weeks.

From “Home” by Bryan Voltaggio 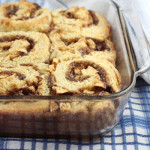 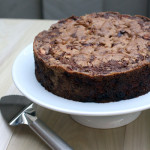 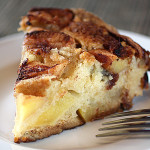 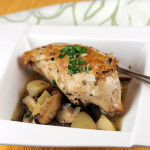 And: Braised Chicken with Apples and Calvados by Matthew Accarrino 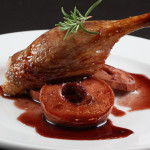 And: Whole Roasted Duck with Wine-Braised Apples by Charlie Trotter 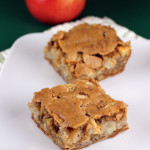 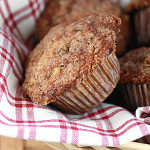 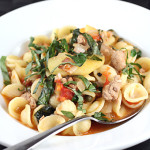 And: Apple-Pork Ragu with Pappardelle by Stephanie Izard 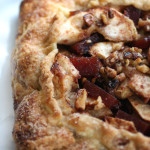 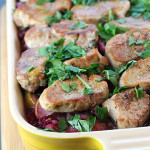