Have a Very Dorie Christmas! A sophisticated brownie with the intense taste of almonds.

Include a little Dorie Greenspan in your Christmas to ensure it’s a sweet one.

Greenspan is a baker extraordinaire who also happens to be great at savory cooking too. She can do it all, and it shows in her many cookbooks, Washington Post column, and her wonderful Everyday Dorie blog that’s followed by legions around the world.

Her newest cookbook, “Dorie’s Cookies” (Houghlin Mifflin Harcourt), of which I received a review copy, is a 518-page comprehensive cookie trove.

Cookie fans are sure to find something to love. Cookie Monsters like myself will be beside themselves trying not to make every single recipe at once. 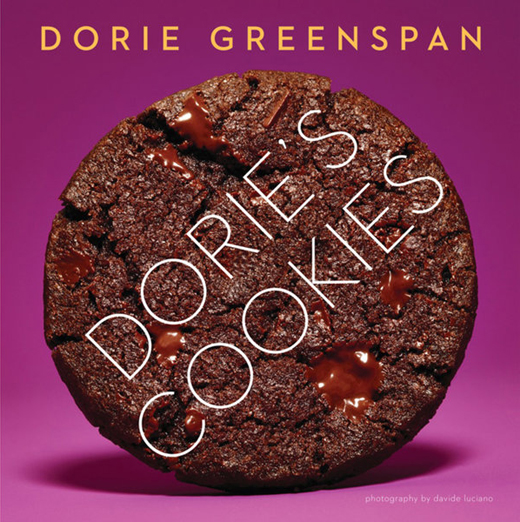 There are bar cookies, drop cookies, butter cookies, and even savory cocktail cookies. I’ve bookmarked so many of the recipes, including “Princeton Gingersnaps,” “Devil’s Food Wafflets with Chocolate Sauce,” and “Triscuity Bites” (yes, savory cookies made with cream cheese and crumbled Triscuits).

“Lucky Charm Brownies” called out to me first. Mostly because they are super easy and they make use of amaretti cookies, those crisp-chewy little Italian cookies that smell and taste so heavenly of almonds. In fact, the hardest part of the recipe is getting your hands on amaretti cookies, but honestly, you can find them easily at Italian markets, upscale grocery stores, Cost Plus, and on Amazon. What’s more, these brownies are gluten-free. That’s because the batter is made with pulverized amaretti (the cookies are made with almond flour, not wheat flour), plus cocoa powder, cinnamon, butter, sugar, eggs, sliced almonds, and melted chocolate. It all gets mixed up very quickly in a food processor, too.

Then, just pour into a square pan to bake. Once the brownies are cool, they get slathered with a chocolate glaze, then showered with crushed amaretti.

The brownies are chocolatey, and intensely almond-flavored. They are not as thick as your usual brownie, much more shallow in depth instead. They have a light, airy texture right after baking, but get a little more fudgy after being refrigerated.

They make for a nice treat with after-dinner coffee. Or cut large pieces and serve with a dollop of whipped cream for dessert.

Greenspan says she’s been making a version of this for more than 30 years, ever since she got her first food processor. After all, when something works this well, you don’t turn your back on it. 4 ounces bittersweet chocolate, melted (it can still be warm)

Center a rack in the oven and preheat it to 350 degrees. Butter an 8-inch square baking pan, line the bottom with parchment paper, butter the paper and dust the pan with cocoa powder, tapping out the excess.

To make the brownies: Toss the almonds, amaretti, sugar, cocoa, cinnamon and salt into a food processor and pulse and process in short spurts until the almonds and cookies are finely ground. Add the butter and eggs and process, scraping the bowl occasionally, for 2 minutes, or until the mixture is light and homogeneous. Add the melted chocolate a little at a time, pulsing after each addition. Process for a few seconds to give everything a last go-round, then scrape the bowl and pour the batter into the pan. Rap the pan against the counter a few times to burst the biggest bubbles in the batter — stand back to avoid getting showered with errant cocoa powder.

Bake the brownies for 25 to 28 minutes, or until a tester or toothpick inserted into the center comes out streaky. If the top erupts in a couple of places — it happens — use a pancake turner to gently press the domes down as best as you can. Transfer the pan to a rack and let rest for 15 minutes.

Run a table knife between the sides of the pan and the brownies. Turn the brownies out onto the rack, peel away the paper, invert onto another rack and cool to room temperature.

When you’re ready to glaze the brownies, line a baking sheet with foil or parchment paper and place the rack with the brownies over it.

To make the glaze: Put the chopped chocolate in a heatproof bowl. Bring the cream, sugar and water to a boil in a small saucepan over medium heat, or do this in the microwave. Pour the cream over the chocolate and stir gently until you have a smooth, glossy glaze.

Pour the glaze over the brownies and use a long offset icing spatula to spread it evenly over the top. Sprinkle the crushed amaretti over the glaze. Refrigerate the brownies for at least 30 minutes to set the glaze (it will set but never harden).

When you’re ready to serve, transfer the brownies to a cutting board and cut into 16 pieces. If you’re not going to serve all the brownies at once, it’s best to cut bars as you need them.

To Store Cookies: The brownies can be kept in the refrigerator for up to 3 days or, wrapped airtight, in the freezer for up to 2 months.

A Note From Dorie: The most famous amaretti brand is Lazzaroni Amaretti di Saronno. Lazzaroni amaretti come in a distinctive red-and-white box or tin, and the cookies are wrapped in colored tissue paper. Each paper holds two dome-shaped cookies, and I refer to them as double amaretti. There are many other brands available, though, and, in the thirty years that I’ve made these, I think I’ve probably used all of them, and I’ve had success with them all. 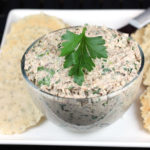 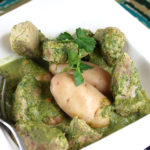 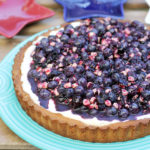 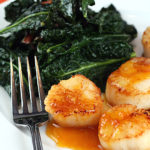