Pausing For A Delicious While At Pausa A sampler of charcuterie (almost all house-made) on a one-of-a-kind plate at Pausa.

San Mateo’s new Pausa asks you to take time out of your busy life to hit pause.

For a bevy of Italian wines.

For house-made pastas, pizza dough and breads — all made in a glassed-in dough room on prominent display.

Pausa, which is Italian for “pause,” entices with all of that sit for a spell and just enjoy. The restaurant, which just opened the first week of January, is a collaboration between Italian-born Chef Andrea Giuliani and Co-Owner Steven Ugur. The two first met a dozen years ago at the old Spiedo restaurant, which was owned by Ugur’s father, and sat on this same spot.

Crowds are already checking out the place, as I found out when I was invited in on a recent weeknight as a guest of the restaurant. Every table was taken in the modern dining room, with a focal wall sporting butcher twine woven into an art piece, tinged white and deep red, that is meant to mimic the topography of the Dolomites in Italy. To imbibe on the lighter side, there are spritz cocktails ($10) that are meant to awaken the palate as you peruse the menu. I tried one of the more unconventional ones, the Bastardo, a blend of Amaro Ciociaro, pineapple gum, apricot liqueur, lime and Lambrusco, that was like a spicy, fruity sangria. Almond wood fuels the pizza oven and the grill. The pasta machine inside the dough room. As Pausa waits to install its charcuterie refrigerator for aging, it offers imported prosciutto San Daniele, as well as house-offerings that are poached, rather than cured. We tried a sampler of five ($17). Out came a big plate groaning with meaty duck pate redolent of dried cherry and port; ciccioli (pork terrine), the Prosciutto San Daniele, Prosciutto cotto that’s more like ham; and my favorite, the porchetta. The latter is not the massive rolled pork roast with crackling skin. Instead, here it is poached and sliced thinly. It’s so tender and flavorful with rosemary, thyme and sage. I was dreaming about the awesome sandwich it would make. Take a taste of the Bastardo.

Also on the plate were pickled veggies, grainy mustard, and whipped lardo. Two house-made tigella breads come alongside. Made in house, the flat rounds, traditionally made in the Modena region, are griddled golden brown on the outside, and fluffy tender inside.

The large rectangular plate, like all the serving ware here, is hand-made in a very rustic, Old World look. No two are alike, either.

The pizza dough is made from a special blend of flours imported from Italy; Pausa is the only restaurant in the United States using it. We tried the Prosciutto Cotto pizza ($18), which sported a fabulous crust, charred in spots, smoky tasting from the almond wood it cooks over, and sporting the color of whole wheat flour. It’s sturdy; crisp in some spots, chewy in others. Scissors to cut into it.

This is a crust with so much fermented, developed flavor that you could easily eat it plain. Here, it was draped with that meaty Italian ham, house-made mozzarella, tomatoes, shallots, wild mushrooms, baby spinach and saffron pecorino. It was delicious, though — and I can’t believe I’m saying this — it could have had fewer toppings and perhaps been even better. As it is, the toppings are pretty substantial, and you almost wish they didn’t weigh down the crust as much. A fun touch is that the pizza comes to the table uncut, with a pair of metal scissors to portion it out, yourself.

Pastas are made lovingly here, so do order one. At least.

Linguine ($19) gets tossed with a cuttlefish ragu made with tomatoes, chickpeas and rosemary. It tastes intensely of the sea, with the tomatoes adding a touch of acidity and fruitiness. It was so divine that I  kept stealing forkfuls from my husband’s plate. 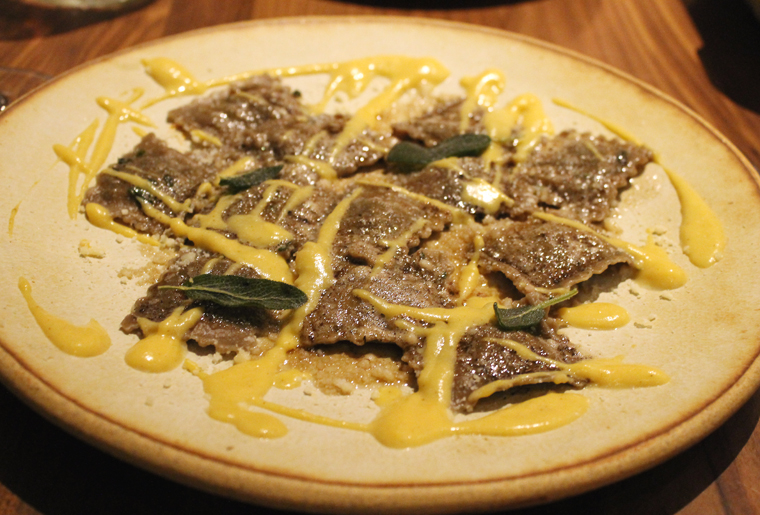 Dried porcini is mixed into the dough for these raviolini.

I opted for the raviolini ($17). The semolina dough for them is mixed with pulverized dried porcini to add an extra layer of earthy flavor. The oh-so-supple raviolini are filled with kale and ricotta di bufala. Dollops of acorn and butternut squash puree around the plate add wintery sweetness. A flurry of Parmiginao-Reggiano finishes the dish, along with fried sage leaves. It’s a rich, cheesy dish that’s like sophisticated comfort food.

We shared the grilled lamb top sirloin ($28), which was incredibly juicy, and complemented by a mint-pistachio pesto. The meat lay atop a bed of creamy barley cooked with wild mushrooms. It was the perfect vessel to soak up all the lamb juices, too. Desserts are all $10. The butter cake is muffin-shaped, warmed in the pizza oven before being blow-torched on top to add a fiery tinge of color and crisp edges. It’s garnished with mascarpone and huckleberry compote, as well as black pepper gelato. Pausa makes all its own gelatos. This one starts out sweet like vanilla, then kicks in with the sharp, astringent pop of pepper heat. My husband thought it might be a bit much to eat just on its own. But with the decadent cake and jammy berries, it served to give a real edge to an otherwise home-style dessert, elevating it to a whole different level. Bombolini, Italian doughnut holes, are rolled completely in cinnamon sugar with a big emphasis on the cinnamon here, which I really liked. They are not super crisp on the outside as you might expect, but more pillowy soft through and through. Dip them in the accompanying swipes of citrus curd, strawberry marmalade, and vanilla bean creme anglaise. Alongside is a small cup of espresso hot chocolate with whiskey marshmallows floating on top that is a warming, relaxing sip to end the night.

Pausa makes it easy to pause. As life gets more harried and crazy, I can’t wait to take a load off here, again and again. 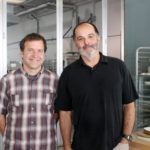 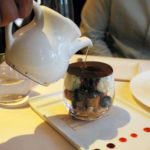 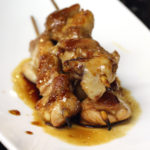