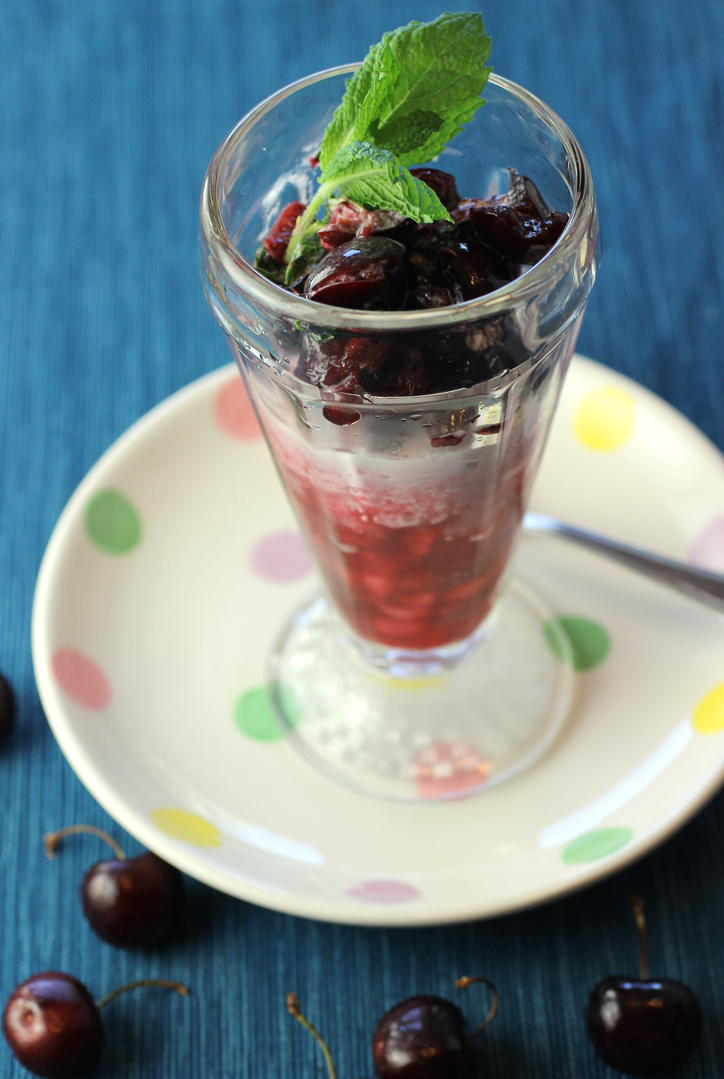 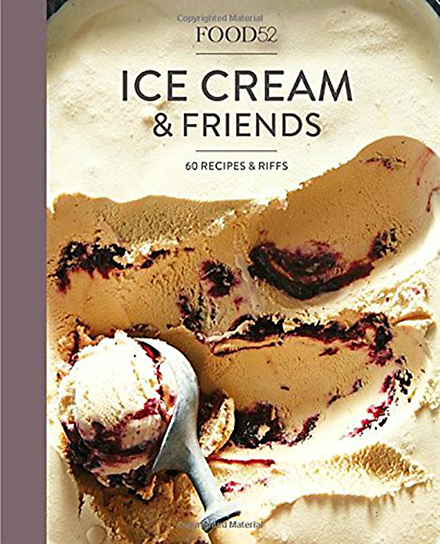 “Cherry Snow Cone” is a warm-weather dessert that is nearly lightening-fast to make. Just pit and muddle fresh cherries with mint leaves, sugar, lemon juice and Pernod. I used kirsch, since I had it handy. Yes, this is a 21-and-over treat. But honestly, you could leave out the booze and kids would lap this up. A wooden spoon works great to muddle the cherries.

Crush some ice cubes in a blender, pour it into a tall glass, top with the macerated cherries mixture, plus a tablespoon of heavy cream. Then, enjoy.

The sweet, fresh cherry flavor really shines through. The mint adds a perfect accompaniment. It all makes for a very light and refreshing dessert that’s hardly boozy in taste. In fact, if you wanted it boozier, you could probably double the amount of alcohol. But that’s entirely your call.

It’s also a relatively low-cal dessert as far as it goes, because there’s only a tablespoon of heavy cream per serving. Although it is optional, you should add it. Like a dash of cream or milk in iced coffee, the cream here just adds a nice smooth roundness to it all.

Crushing ice in a blender doesn’t leave it as light and airy as, say, Hawaiian shave ice, the ultimate snow cone. But if you like to chew on ice — you know you do — this gives you plenty of small pieces to indulge your habit, if you don’t crush the ice cubes too finely.

Yes, if only I still had my trusty Frosty or Snoopy snow cone makers.

But at this age, I guess a blender will just have to do. 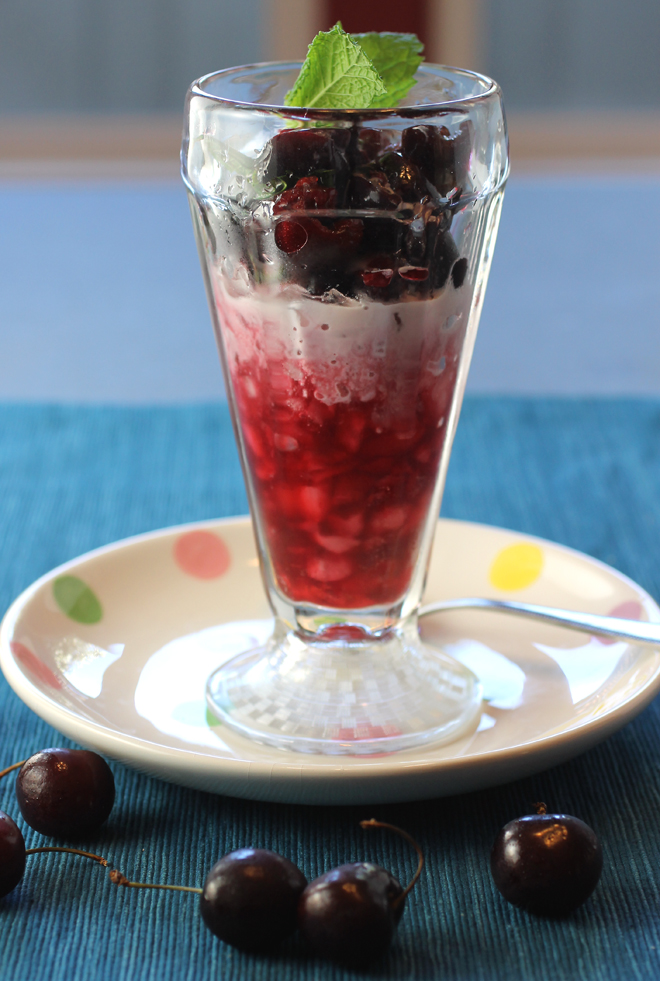 So pretty and so easy to make.

Torn leaves from a mint sprig

1/2 to 1 tablespoon Pernod or kirsch or amaro

Muddle the cherries, sugar, mint, lemon juice, and Pernod until you have a nice amount of syrup.

Finely crush or shave the ice in your trusty blender — or the snow cone machine that’s been sitting in the closet for years. Working quickly, spoon the crushed ice into a bowl, ideally a transparent one so you can see all the dripping cherry goodness in about 30 seconds.

Pour the muddled cherry mixture, chunks and all, over the ice. Pour the heavy cream over the top. Add a straw and a spoon and have at it.

Note: You can also make this with other stone fruit or even berries, and change up the alcohol. To serve a crowd, keep pulverized ice in the freezer. It’ll get a little slushy and melty, but remember, that sweet, syrupy pool at the bottom of the cup is the best part anyways.

If you don’t have a cherry pitter, use an empty beer bottle and a chopstick. Gently hold the cherry atop the (cleaned) beer bottle. Press the chopstick through the cherry to push the pit out the other side. The bottle collects the pits, keeping the whole process nice and neat. Bull’s-eye, you could say. More Recipes to Cool Off With: Bananamon Ice Cream 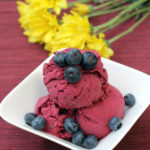 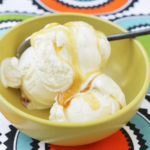 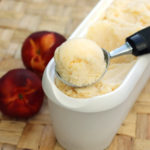 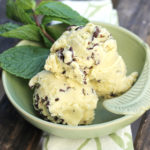 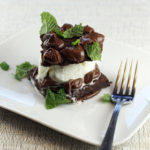