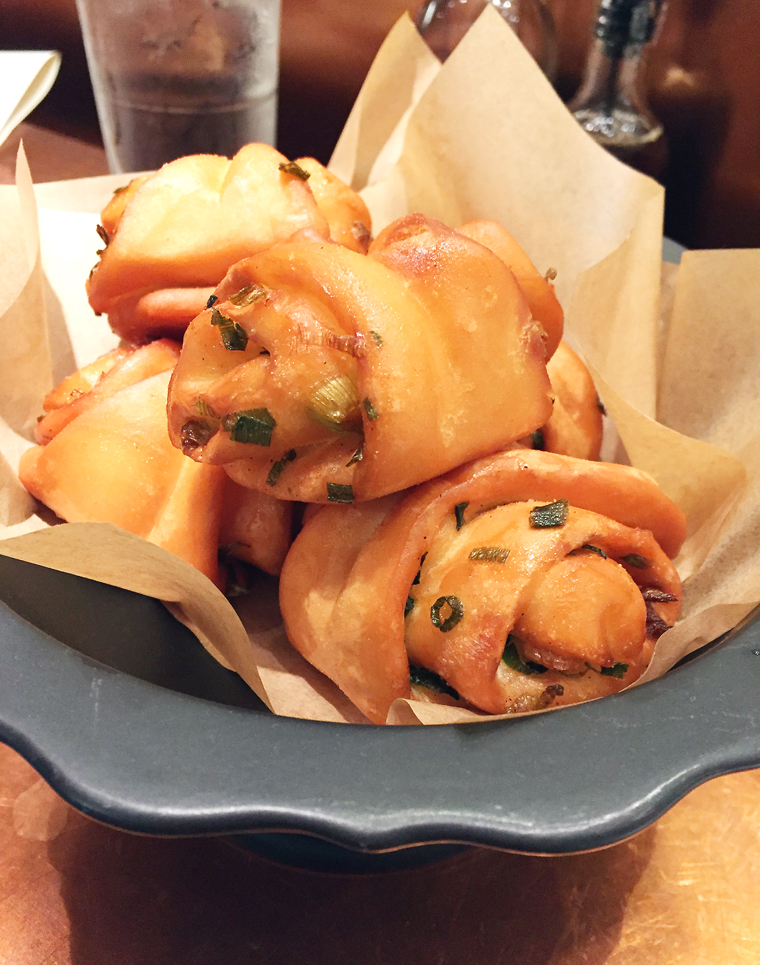 Growing up in San Francisco, I remember attending many a celebratory Chinese banquet dinner at the huge, three-story Gold Mountain restaurant in Chinatown.

This year, long-time restaurateur George Chen took over that old space, pouring more than $20 million and more than three years of work into transforming it into China Live, which some have likened to a Chinese version of Eataly.

I’m not sure it’s quite that yet, what with only the first floor occupied so far. But it’s wonderful to see a splashy new food emporium opening its doors in a neighborhood, where time has stood still for the most part.

Chen plans a fine-dining concept upstairs in the near future, which will be named Eight Tables by George Chen. And a Scotch-centric bar, Cold Drinks, is set to open any day now on the second floor. A display of products in the retail store.

For now on the main floor, there is a Oolong Cafe, a tea bar with savory and sweet bites; a cocktail and wine bar; and a store that sells everything from woks to China Live Sichuan seasoning to barrel-aged soy sauce to cute T-shirts.

The Market Restaurant is front and center with its sweeping 120 seats at several bar-tops set up in front of the the open kitchen areas, as well as at tables in the center of the room. 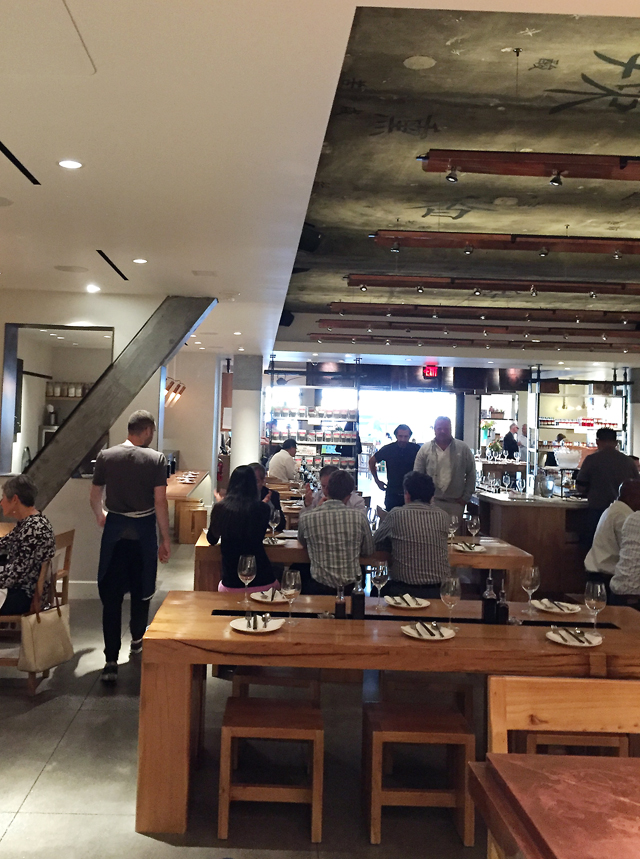 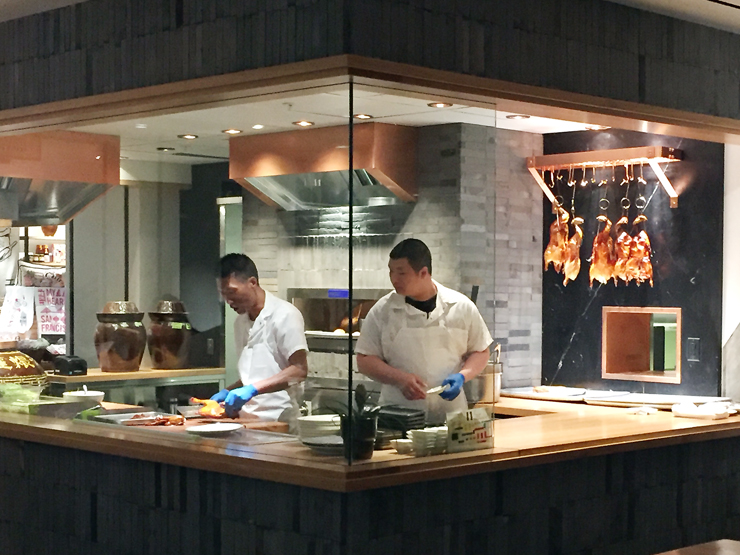 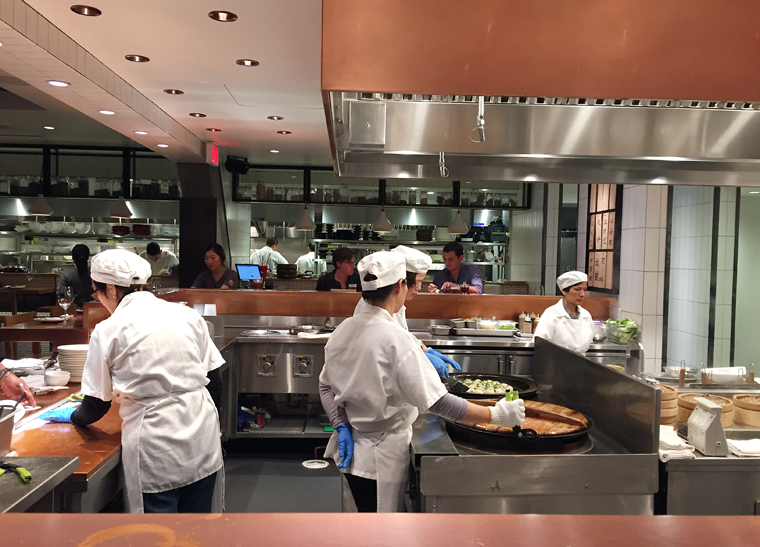 Veteran Bay Area chef Joey Altman is the director of culinary operations, assisted by chef de cuisine Robin Lin, who moved to the United States from Taiwan specifically for this project.

It’s an inviting, contemporary space with beautiful copper-topped bars, which is where my husband and I sat when we visited recently, paying our own tab at the end of dinner.

The specialty cocktails come in tall soda-shop glasses. The “Honey On The Southside” ($14) is a breezy blend of gin, lemon, matcha, honey, muddled peppermint and basil, and seltzer. It’s like a souped-up gin & tonic. 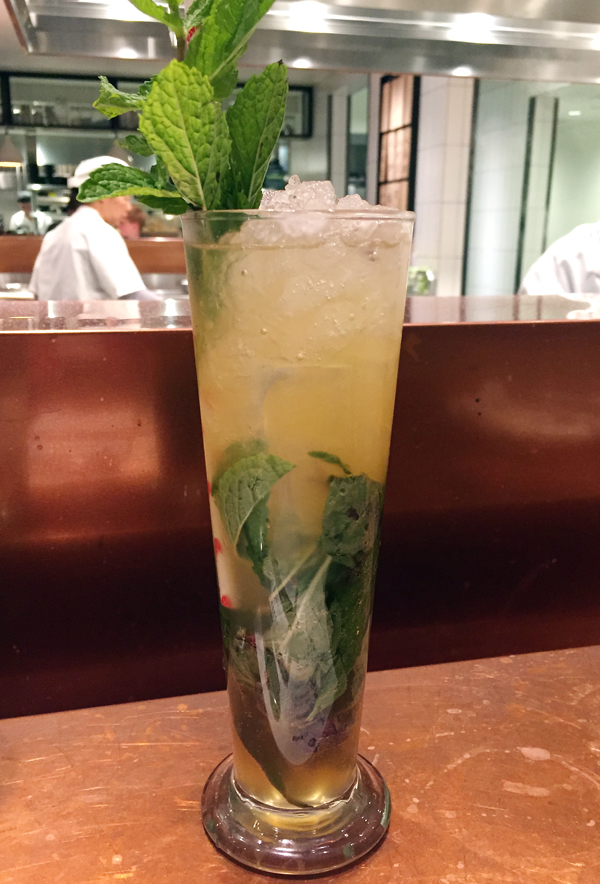 Say hello to “Honey on the Southside.”

The menu is made up of big plates to share, as well as plenty of smaller ones that could make a meal in and of themselves if you order enough of them.

Of course, the dim sum section got my attention fast, because it’s not always easy to find places that serve an array of dumplings at dinner time, as opposed to lunch or brunch. The purple yam water dumplings ($10) come floating in the chili oil-infused water they were cooked in. There’s more chili-inflected soy sauce to dip them in, too. The rustic half-moon-shaped dumplings sported purple wrappers from the Japanese yam, and a juicy filling of pork and peppercorns. 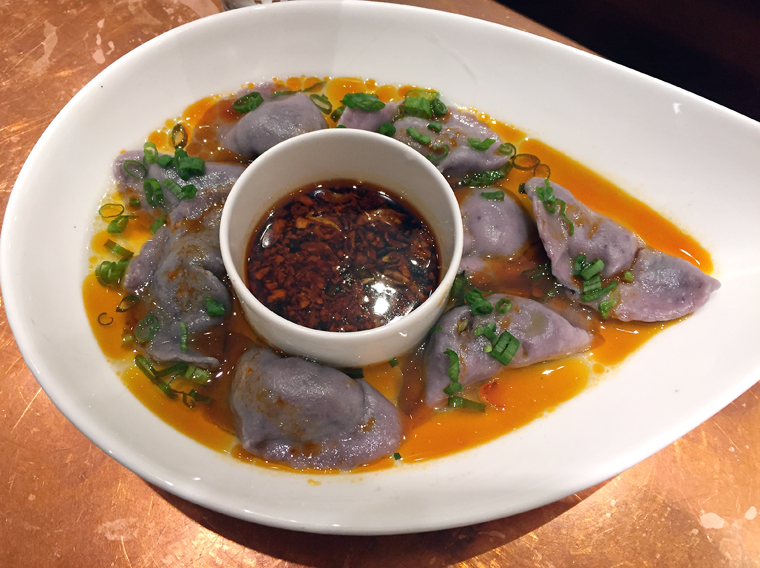 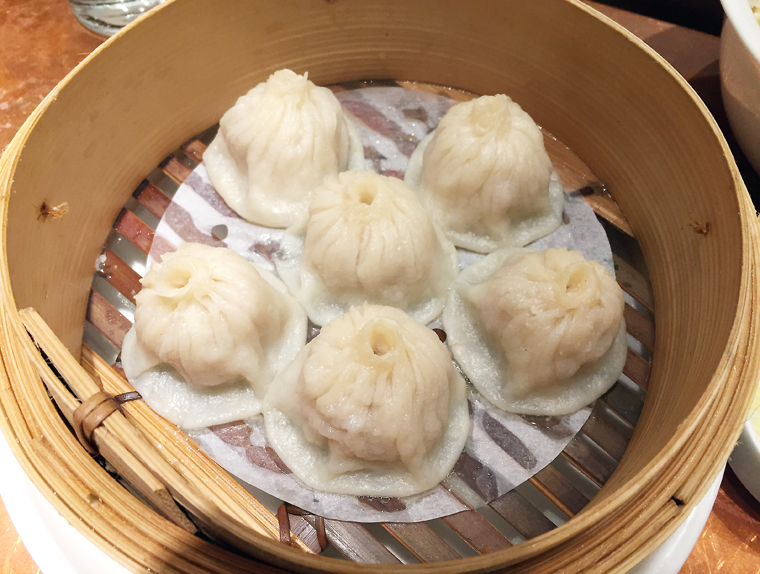 A steamer of xia long bao.

The much-anticipated xiao long bao ($9) fell a bit flat because the soup dumplings held no soup. Ours had leaked out during the steaming process. The pork filling, which usually is like a gushingly juicy meatball, instead was mushy and rather collapsed when you took a bite.

The “Marco Polo” noodles ($13) are actually made with bucatini that are fat and nicely chewy. They’re covered in a mound of minced pork with plenty of garlic and a hit of spiciness. Julienned cucumbers add crunch and freshness. It’s tasty enough, but if you’re used to that element of fermented funkiness from bean paste or preserved Chinese vegetables that traditionally are part of this type of noodle dish, you may find the depth of flavor a little lacking. 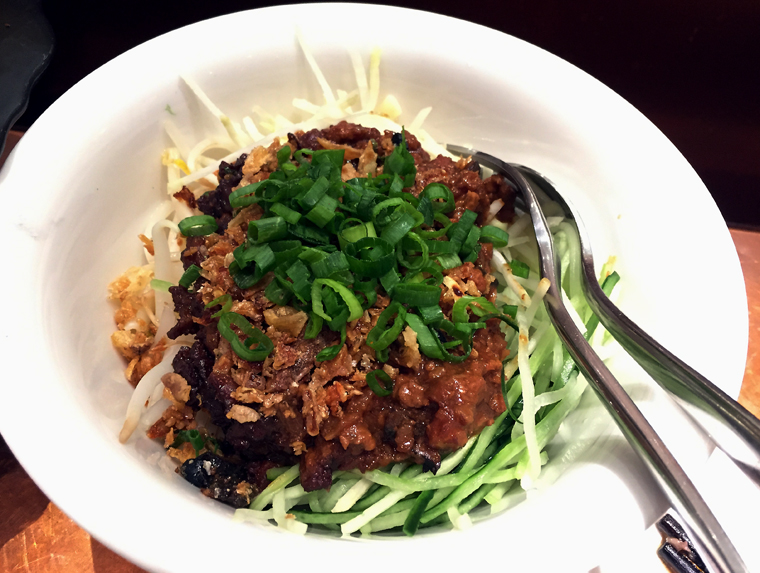 The “Basket of Scallion Bread” ($5) is a fun surprise. Rather than the traditional round, flaky pancakes, these are cinnamon roll-shaped, and fried to a deep golden brown on the outside. They’re crunchy on the outside, fluffy inside, and have a slight pastry-like sweetness. They’re plenty rich tasting, too. 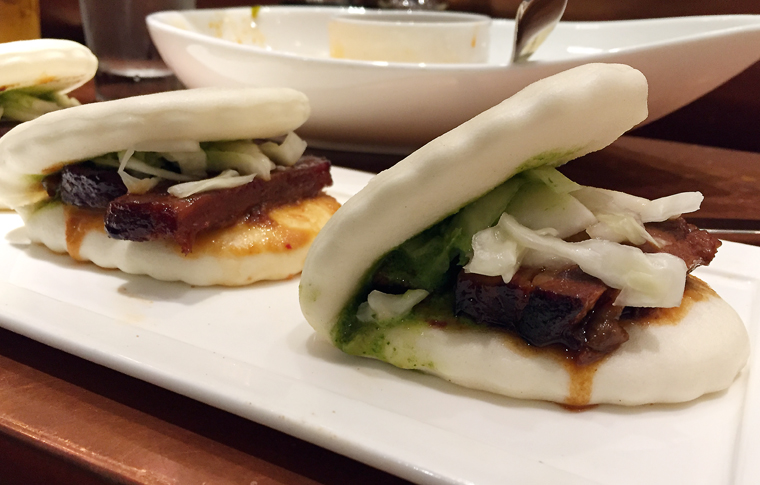 The pork belly lotus buns ($14) are fairly sizeable, cradling crunchy cabbage, and two pieces each of pork belly redolent of five-spice and a peanut glaze.

On a weeknight, the restaurant was humming with patrons. It’s great to see Chinatown reinvigorated with such new energy and excitement. 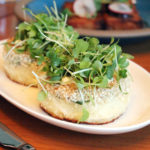 Another Place Making A Splash in Chinatown: Mister Jiu’s