The folks that put the fun in tacos — Tacolicious — will join yours truly for a cooking demo at Macy’s Valley Fair in Santa Clara, 1 p.m. Nov. 11.

Chef Quinten Frye will show you how to make tortillas from scratch, then turn them into inventive, delicious tacos. You’ll get a chance to take a taste, plus bring the recipes home.

Frye previously cooked in Hawaii, Mexico, and in Washington D.C. for superstar chef Jose Andres. As culinary director now for Tacolicious, he oversees its five locations, including the one in downtown Palo Alto and the one in Santana Row in San Jose.

Joining us will be Sara Deseran, an award-winning Bay Area food writer and former editor at San Francisco Magazine, who is the branding director for Tacolicious restaurants, which she owns with her husband Joe Hargrave. Purchase $35 or more in the Home department on the day of the demo and receive a personalized signed copy of Deseran’s cookbook, “Tacolicious” (Ten Speed Press).

The free demo will take place in the culinary kitchen on the main floor of the Men’s & Home store. 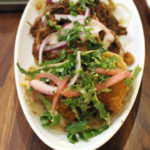 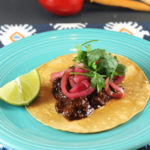 More: A Recipe From the “Tacolicious” Cookbook