A Delicious Dose of Dosa

A show-stopping salad at Dosa.

At San Francisco’s Dosa, there’s a new chef in town.

One with an impressive pedigree, who isn’t afraid to shake things up, either.

New Executive Chef Arun Gupta, who hails from New York’s legendary Gramercy Tavern, acknowledges that he had never cooked Indian food in a restaurant before this.

But that’s not to say this Manhattan native wasn’t familiar with the cuisine. With a father who is Indian and a mother who is Polish-American, he grew up frying pooris, forming perogis and helping his mom tend her community garden.

As a teen, he spent a summer abroad in France with a host family, where his love of cooking really took hold. So much so that he started cooking for friends in his parents’ apartment. 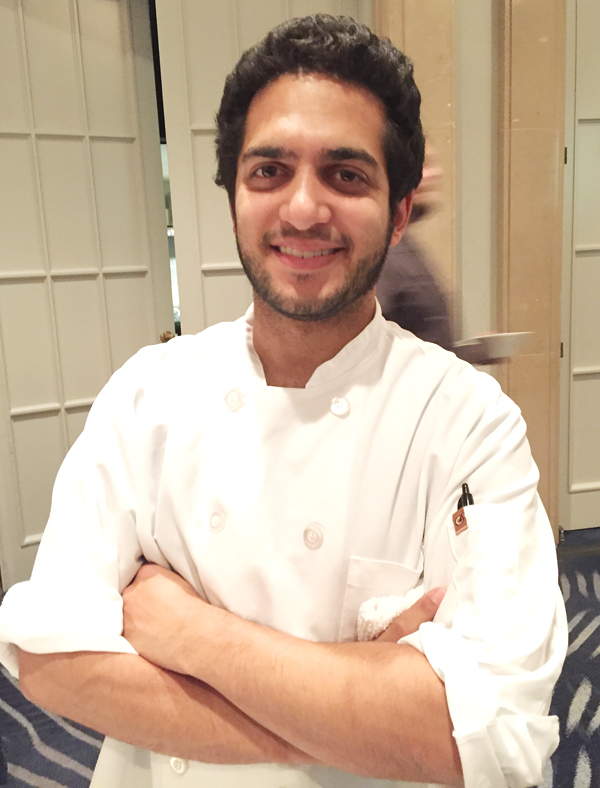 After graduating from Tufts University, he happened to meet Chef Michael Anthony of Gramercy Tavern, who was so impressed with Gupta’s enthusiasm that he hired him. Gupta started at the bottom, and worked his way through every station in that famed kitchen over five years. In 2012, he became the opening chef de cuisine of Maysville, a restaurant started by Gramercy Tavern alums.

His talent caught the attention of Anjan Mitra, co-owner of the Michelin Bib Gourmand-recognized Dosa, who convinced Gupta to move with his wife and young daughter to San Francisco to oversee Dosa’s Mission district and Fillmore district locales.

Recently, Gupta debuted his new menu of South Indian dishes, which I had a chance to try when I was invited in as a guest of the Fillmore Street restaurant. If you’ve never visited, this is one glamorous looking restaurant. Dimly lit, with a polished floor, saffron walls, and dramatic chandeliers cascading from the ceiling, it makes dining out feel like an event — but without any pretense or rigidity. Striking art work throughout the restaurant. A view to the bar.

Appetizers are in the $10 to $18 range, with entrees $22 to $36, and the namesake dosas $13 to $15. You’re encouraged to eat family-style by sharing everything. Chef Gupta served us smaller versions of the dishes, so we could try more.

He talked passionately about visiting the farmers markets here several times a week, and being delighted in the local bounty, including Asian pears and passion fruit. He’s been inspired to incorporate different fruits and vegetables not normally used in Indian cooking. His zeal for seasonality also made him question why so many Indian restaurants resort to frozen peas. At Dosa, he’s jettisoned them, preferring to showcase fresh peas only when available in spring. The restaurant’s swank vibe makes a cocktail a must-order. I figured how could I go wrong with one named after our local MVP superstar, right? The Steph Curry ($14) is a blend of Four Roses Single Barrel Bourbon, curried nectar, lime and Tempranillo. I’m not sure how the imposing point guard would feel about the unexpected girly pink hue of this cocktail. Our server quipped that she wasn’t sure he’d ever had one, but guaranteed he’d love it if he ever tried it. I sure did. It was like a curry-inflected sangria, which went down so easy on a cool fall evening.

Hen of the Woods mushrooms get dipped into an idli batter of fermented lentils, making it gluten-free, before being fried to a deep golden. The coating is so airy, almost like tempura. The mushrooms are served with roasted chili-garlic and sweet onion chutneys with a kick of heat that comes on only at the end for a surprise. Lentil-batter fried Hen of the Woods. Kerala fried chicken are almost like Indian chicken fingers, boneless, and ever so easy to dip into Gupta’s delicious Dirty Girl sauce (so named because it’s made with that famed local farm’s tomatoes). It’s like a spicy ketchup and you won’t be able to get enough of it.

Next, one of my favorite dishes: Grilled Tomales Bay Miyagi Oysters with lemon-chile sauce, ghee, and pickled peppers. The sweet, briny oysters are just ever so cooked, barely so, with an almost Sriracha-like sauce dolloped on top. They are so fabulous that you could easily down a half dozen of them. Surprisingly, Gupta says few people order them. Really? Is it because they’re not used to being offered oysters at an Indian restaurant? If so, they need to get with the program — because they are missing out. Just take it from noted Chef-Restaurateur Gary Danko, who ordered them, and raved about them, Gupta recalls proudly. The grilled oysters that more people need to try. That was followed by a salad to end all salads. Sprouted Mung Bean Salad may not have the world’s sexiest name. But wow, what a dish this is. First, it’s downright dazzling in appearance. Second, it’s full of mung beans, house-made paneer, coconut, Asian pears, orange, cumin and pomegranate. It’s fresh, crunchy, tangy, fruity, and just pops every which way on the palate. There’s so much going on — but with balance — that you take bite after bite and just never get tired of it.

In Honey Nut Squash Chaat, the autumnal squash is roasted, then fried. It’s finished with an orange-habanero sauce with walnuts, nutty chickpeas and coconut. It’s an inspired street-style dish. Arctic char arrives with the most sublime texture, so delicate and tender that it literally does melt in your mouth. The secret, Gupta says, is cooking it on low heat on a stove-top smoker, a technique he learned at Gramercy Tavern. Adding diced persimmons to a curry is an inspired touch, lending bursts of sweet fruitiness here and there to the creamy, spicy sauce. What’s underneath this poori? A big poofy poori bread covers the next dish like a shower cap, cloaking some of the best duck you’ll ever enjoy. That’s because this duck has actually been done confit-style before the meat is folded into the Valencia orange-curry sauce. The result is extremely tender, rich duck.

Chicken curry may get garnished with cashews elsewhere. Here, Gupta uses California almonds instead for a nice riff. This comforting dish of tender chicken in a creamy gravy with pickled peppers is actually based on one of his cook’s recipes. But Chef Kumar was too modest to have it named after him, so Gupta compromised by naming it Almond Ambur Chicken Curry after the town in India where Kumar grew up. Chicken curry shaken up with the addition of almonds. What’s hiding in this dough-sealed dish? Typically, goat biriyani is cooked with the meat on the bones. But Gupta wanted to make it easier for diners to eat it. So he serves it without the bones yet without sacrificing any flavor. That’s because he braises the goat with spices and mire poix, then purees the mire poix for the masala. Then he makes a goat stock to mix with the masala and braising liquid to cook the rice dish that’s sealed with dough to concentrate its juices. It is indeed flavorful, with an ever so mild gaminess that permeates the rice. The classic potato-onion-stuffed dosa gets a new identity with the addition of Asian pear-habanero chutney, which really wakes up this golden crepe with its apple-pear butter  with a good dose of heat. Butternut squash uttapam is almost like an Indian frittata. The vibrant looking thick pancake was adorned with sweet squash and onions. Alongside were coconut chutney that was creamy and full of coconut shards; spicy tomato chutney; and the brothy lentils known as sambar. Fudge-like sweets for the finale.

There is definitely a new chef in town. And he is proving himself admirably already. 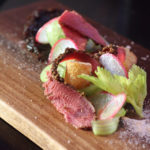 More To Try In The Fillmore District: SPQR 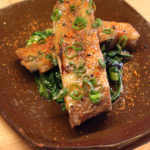 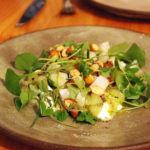 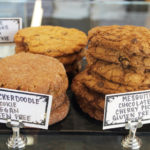 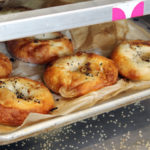 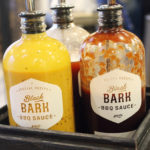