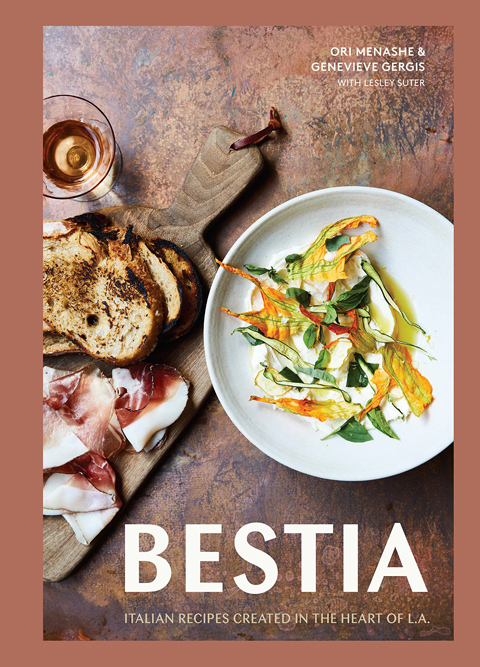 Leaf through the 140 recipes in the cookbook and you’ll learn why the couple have the magic touch when it comes to knowing what diners want. Their very personal cuisine is characterized by intense flavors, intriguing combinations of ingredients, and dishes that grab from the get-go. Fall for everything from “Stinging Nettle Pappardelle with Mushrooms and Fried Eggs” and “Meatballs with Creamy Ricotta, Tomato Sauce, and Braised Greens with Preserved Lemon” to “Slow-Roasted Lamb Neck with Salsa Verde and Arugula, Fennel, and Black Sesame Salad” and “Butterscotch Coconut Tart.”

The “Butter-Topped Banana Bread” isn’t even on the menu at the restaurant. But Gergis regularly bakes it for their staff as a special treat. So, yes, if you want in, you’ve got to bake it yourself — or get a job at Bestia.

The recipe doesn’t deviate too much from your typical banana bread recipe, of which there are legions. But it does call for roasting the bananas in the oven until their peels turn black. This is what makes this banana bread taste so deeply of bananas.

There’s also a ton of walnuts in it, adding nuttiness, toastiness and crunch. This may very well be the ultimate banana bread.

And of course, there’s all that melted butter that gets brushed on after the banana breads come out of the oven. Sure, all that added butter isn’t really necessary. But boy, is it divine.

It’s taking comfort food to a more indulgent level. This banana bread is extremely moist with a sugary crisp top. The crumb is nicely fluffy in texture, not so gummy or squishy as some other banana bread recipes.

Plus, it’s got a load of walnuts. Aren’t they brain food?

Sorry, I just couldn’t help myself.

You won’t be able to, either, when it comes to reaching for a second slice. Preheat the oven to 350 degrees. Lay the whole, unpeeled bananas on a rimmed baking sheet and bake until black and blistered with juices running out, about 25 minutes. Let them cool completely before peeling, picking out any spots with visible bruises. (You will be able to see the bruises easily because they are gray and hard.) Put the fruit and any accumulated juices into a bowl, and mash. You should end up with about 2 cups of mashed roasted banana. Reserve.

Preheat the oven to 325 degrees. Liberally butter two 9-by-5-inch loaf pans, then line each pan along the bottom and up the two short sides with a strip of parchment, leaving plenty of overhang. Tape down the overhang with ovenproof tape (masking or other), then butter the parchment. This will help you lift the banana bread out of the pan with ease when cooked.

In a large bowl, combine the flour, baking powder, baking soda, and salt, and whisk thoroughly. Set aside. In a second large bowl, whisk together the roasted banana, buttermilk, vanilla, and lemon juice and set aside.

In the bowl of a stand mixer fitted with the paddle attachment, beat 1 cup of the butter on high speed until light and glossy, about 3 minutes. Add the sugar and continue beating on high speed until very light and fluffy, 5 to 7 minutes longer. Turn the speed to medium-low and add the eggs one at a time, beating after each addition until fully incorporated, then stop the mixer and scrape down the sides of the bowl with a spatula. Add the wet ingredients and mix on very low speed until just combined, then add the flour mixture all at once and mix on low speed just until you no longer see any flour.

Remove the bowl from the mixer stand and, with the spatula, fold in the walnuts, then scrape the bottom of the bowl to ensure all of the ingredients are thoroughly incorporated.

Divide the batter evenly between the prepared loaf pans. Bake for 1 to 1 1/4 hours, until a toothpick inserted in the center comes out with moist crumbs.

When the loaves are almost done, melt the remaining 1/2 cup butter in a small saucepan over low heat. When the loaves are finished baking and still very hot, use a pastry brush and liberally brush the top of each with the melted butter until all of the butter is absorbed. (Optional: To create a sugar-butter crust, sprinkle the top liberally with granulated sugar right after brushing on the butter.)

Let the loaves cool completely in the pans on wire racks. When cool, lift up on the overhanging edges of the parchment paper to remove the loaves from the pans. The bread can be wrapped in aluminum foil and stored in a cool, dark spot for up to 3 days.

Note: Do not open your oven to check until it’s been at least 55 minutes; the loaves will deflate and become dense and gummy.

From “Bestia” by Ori Menashe and Genevieve Gergis 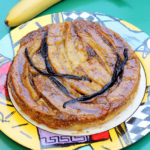 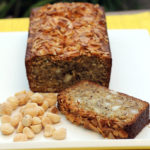 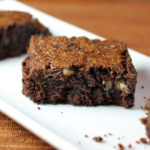 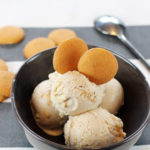 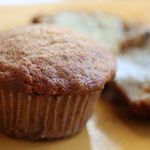 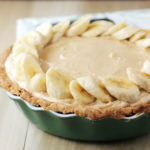